Is the movement of the leading edge flaps not symmetrical on the MiG-29? 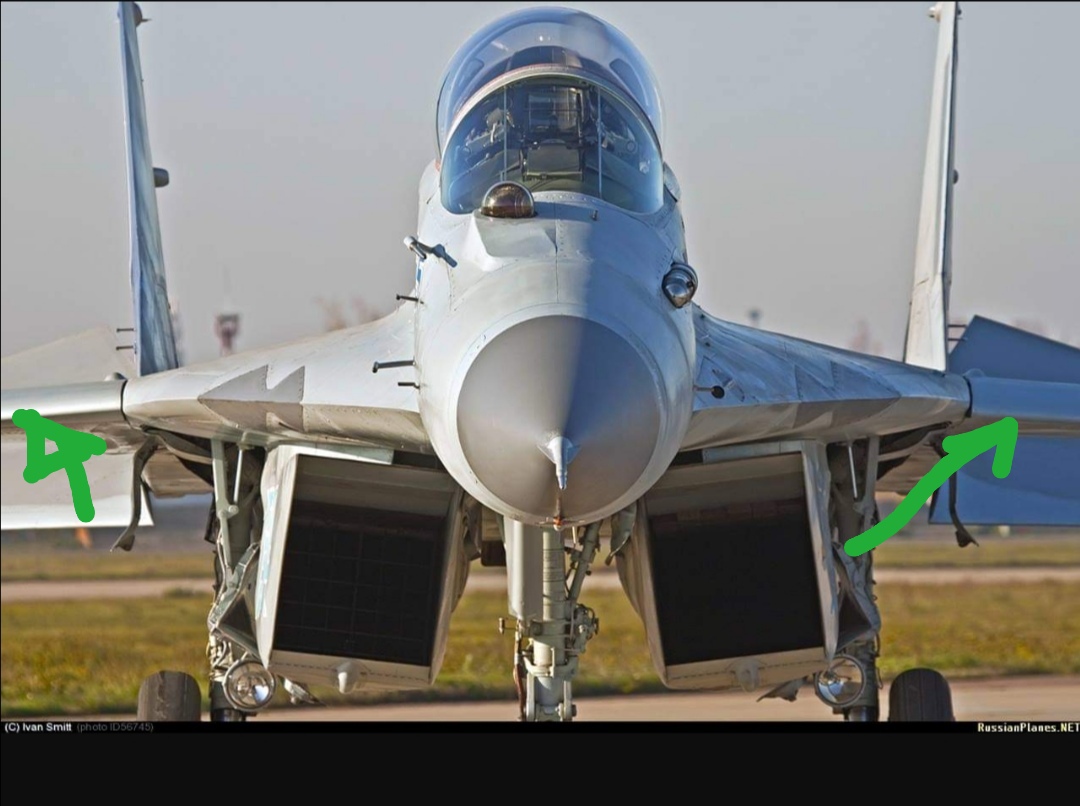 On this Mig29 in above picture leading edges are at different angles not in line. Same thing happens in flight times when rolling?

According to Jane's via janes.migavia.com, the leading edge flaps (LEFs) are driven on the MiG-29:

Leading edge flaps have two-positions controlled by dedicated computer and driven as a function of Mach number and angle-of-attack.

Video evidence shows symmetric deployment in-flight, even in/into a bank (shown above), unlike the F/A-18. Frame-by-frame the deployment is symmetric but not instantaneously so; it's possible the photo was taken just as they were being deployed for takeoff, which is done independently of the flaps:

From a longer video that includes the taxi to takeoff: while taxiing the LEFs are seen in the retracted position while the flaps are already extended, then the pilot extends and retracts the LEFs (manual test?) before finally extending them again on the runway before applying the takeoff thrust. (This explains the deployed flaps in the photo.)

Note that the MiG-29 first flew in 1977, and fly-by-wire (FBW) was added to the 2005 variant, which used to be known as MiG-33 but is now called MiG-29M. The M being a new fighter, public information is hard to come by regarding its FBW. 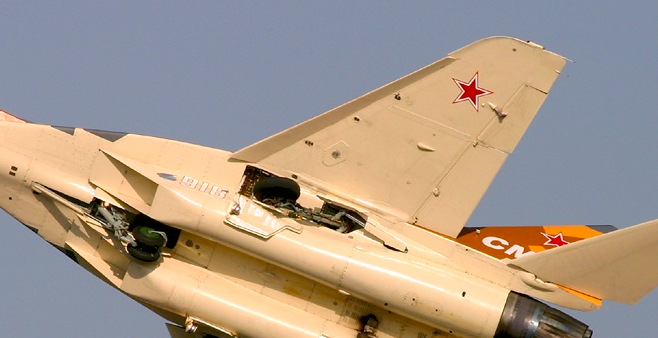 Note that unlike slats, LEFs do not create a slot (shown above on a first-generation MiG-29).

Guess the problem is that the pressure in actuators from left side is different from the right side in the stand-by and this creates the difference between the two sides when it is parked on the ground, but in the air that it is not possible due to the functionality of the actuators (high performance need high level of pressure ) .

Not the answer you're looking for? Browse other questions tagged aircraft-design flight-controls high-lift-device mig-29 or ask your own question.

2
Do the stabilators on the F/A-18 also have a roll function similar to the F-22?

31
What is the purpose of the "Mirror-Thing" over the Mig-29 Cockpit?
33
Why is there a white line on Russian fighter jets' instrument panel?
8
Would a slotted "wing" work?
41
Why do flight control cables not slacken during the cold temperatures at cruise?
5
Why are the leading edges of wings not always made as 'sharp' as possible?
3
Is it common for panels on a plane's body to not be perfectly aligned?
5
Do leading edge flaps increase the critical angle of attack?
3
Ailerons deflection of the F16 in take off and landing gain?
5
Why have high lift devices on both leading and trailing edge?