What is max angle of surface without stall?

AoA is by defintion angle between choord line and airflow, here is 25°. But max effective AoA here is 60°, so flow will separate for sure here..

What is max lets call it "effective AoA" that air can follow, not include multi element wing, slats and VG.

Use diffuser as example, but can apply on very high curvature wing/sail too. 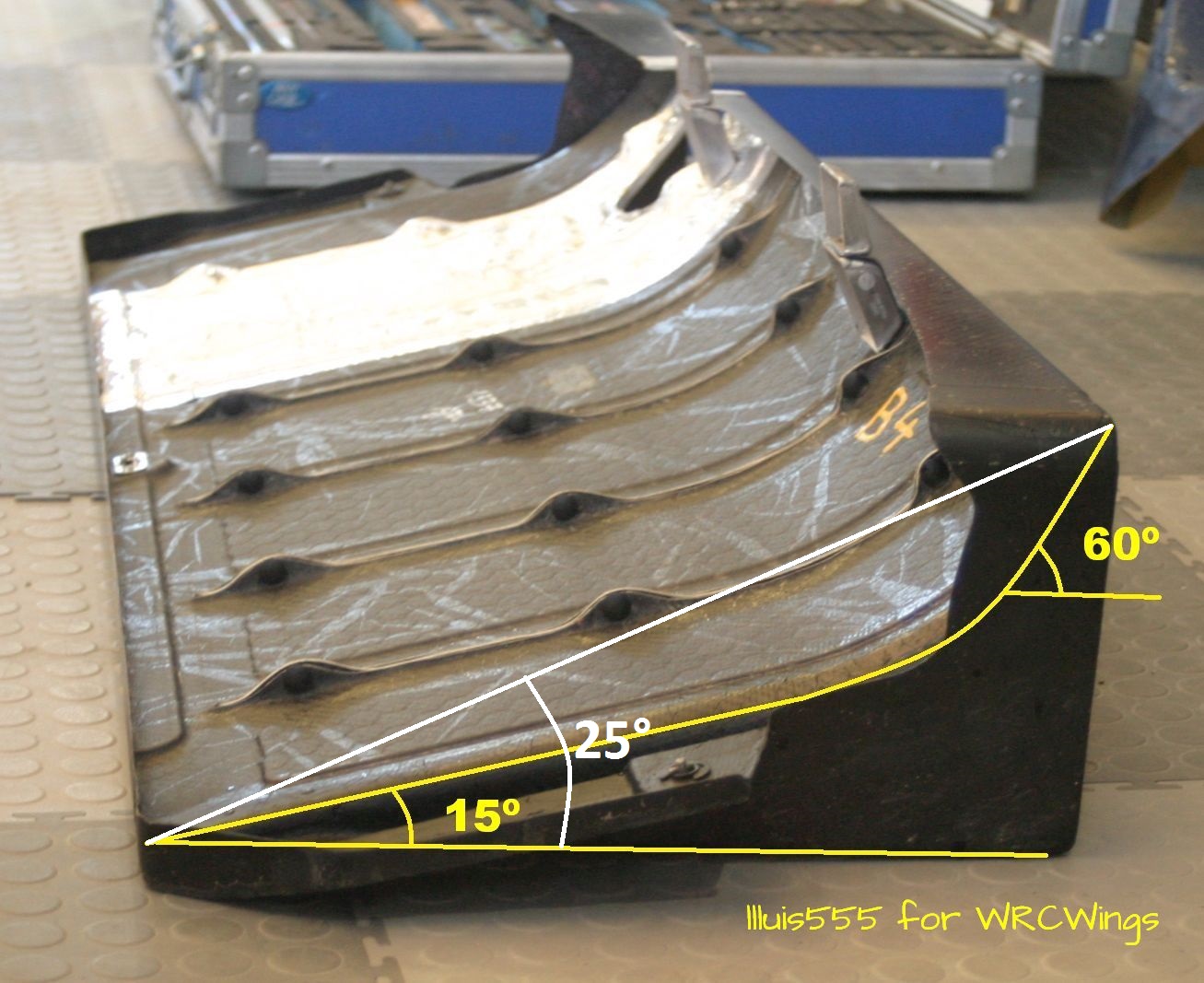 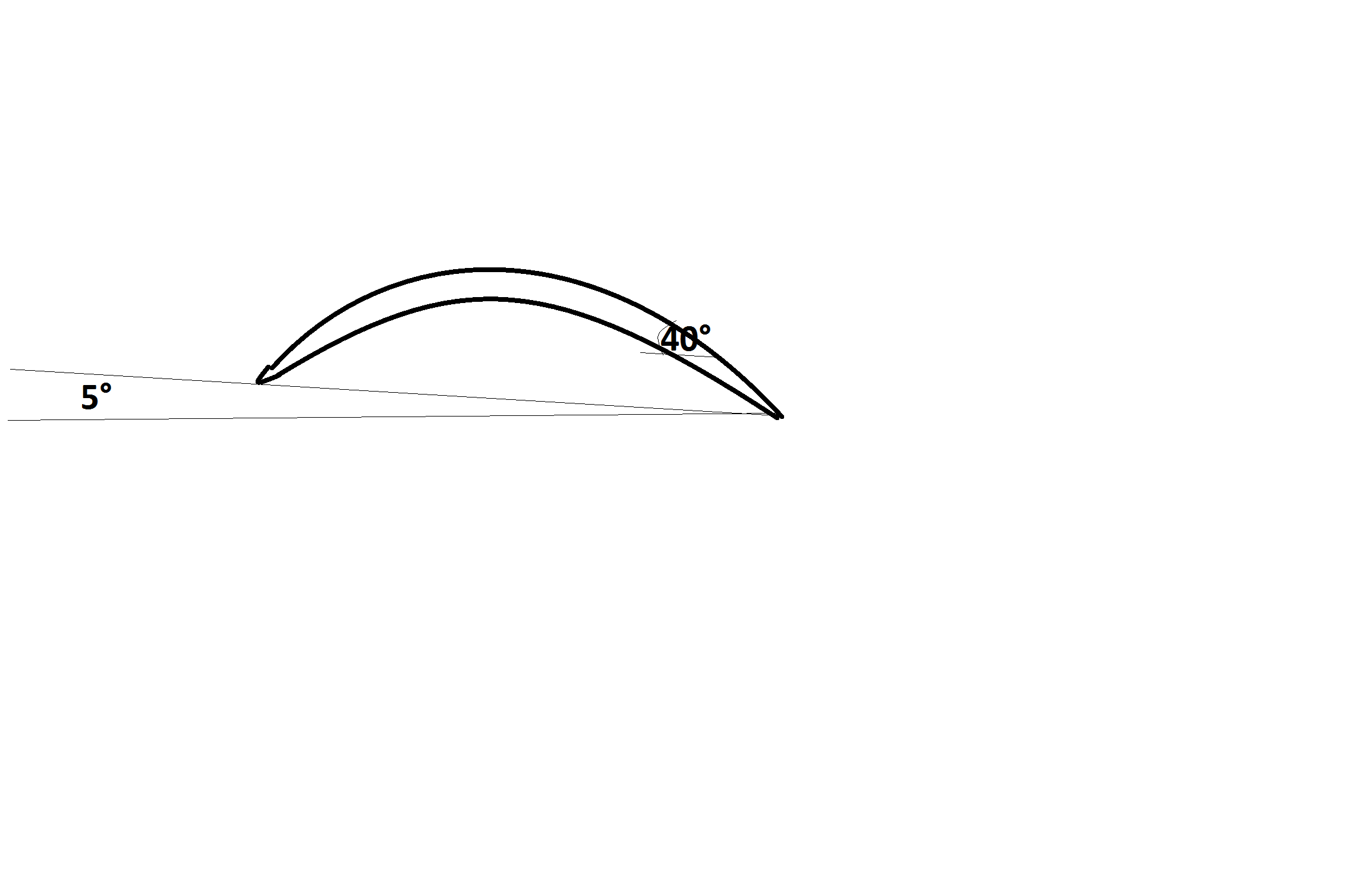 The graph of lift vs AoA for a higher cambered wing is simply shifted to the left. That wing will start generating lift at negative AoA.

The behavior of the flow on the ever important top rear of the wing will depend on fluid density, viscosity, and flow rate.

As an airfoil, this wing will be very draggy, most likely outside designs considered for the application. Decrease camber and lengthen chord an you have a nice low speed lifting wing. Fill in the bottom at higher airspeed (Reynolds number) and the wing can produce the same amount of lift at a higher speed with less drag (fuel) per mile.

what is the max angle of surface without stall?

This will depend on the local airflow, as well as the free stream. The picture essentially shows an inverted wing with a flaps fully extended. We would expect the 60 degree section to produce lots of drag. Less deflection would reduce drag and allow that portion of the wing to continue producing lift efficiently, in spite of its increased angle to the free stream.

Eventually, turbulence caused by differences in free stream and local flow will start to show as pre-stall buffeting. A designer can tailor the curve of the upper wing to avoid this as much as possible.

Notice that sails do not emphasize lift as much as thrust, and are commonly used at much higher Angles of Attack.

Not the answer you're looking for? Browse other questions tagged aerodynamics stall boundary-layer or ask your own question.

6
What is the effect of flow separation on lift, pressure distribution and drag?
1
How do aircraft stall warning systems handle (or not) asymmetric-stall situations?
7
Why do aircraft stall warning systems use angle-of-attack vanes rather than detecting airflow separation directly?
5
Do leading edge flaps increase the critical angle of attack?
2
Why does the effective alpha/CL increase at wingtip of swept wing?
0
Will 3D wing has smaller drag than 2D at same AoA and airflow speed?
5
Is alpha induced angle real on 3D wing or just math concept?
0
Does flow separation starts earlier at higher airflow speeds?
1
Does the quarter-chord-angle rule still hold for wings with very long chords or large differences between leading- and trailing-edge sweep angles?