What is the AeroVironment Helios' Kármán line?

There are no different Karman lines between the two aircraft. The Karman line starts at ~62 miles (327,362 ft) above MSL, an altitude neither aircraft can attain. In addition the Aerovironment Helios had a wing loading of 0.69 lbf/ft^2 whereas the Blackbird’s wing loading is 84 lbf/ft^2. As such, I’m not surprised at all that a Blackbird cannot maintain level flight at 23 KIAS but a Helios can.

The limitations of winged aircraft are far below the Karman line due to far lower air density and wastefulness of carrying the weight of a wing to those altitudes, in addition to practical sustained propulsion issues.

Since the IAS of Helios is known, let's plug in some density and velocity numbers, starting with sea level density.

Although it might be tempting to think at a very high altitude one might need only a little lift, the thought goes by the wayside when one realizes most of thrust in very high speed flight is involved with overcoming drag. At 4000+ knots, as the X-15 did, while still in the atmosphere, a great amount of heat is produced, much like a meteor. Better to get above this and follow a suborbital ballistic path.

Amazingly, above most of the atmosphere, all objects will have a very similar Karman line altitude, because at those altitudes aerodynamic forces are very small, and speeds required to produce them approach orbital velocity (in theory). However, the exact point where "space" begins is debatable, as satellites in higher orbit still experience significant atmospheric drag$^1$.

To get anywheres close to the Karman line, the aircraft must overcome the sonic and thermal "barriers" if it hopes to survive for long. Helios did neither, but did a fine job with a subsonic True airspeed.

$^1$ see Karman reference under Alternatives to the FAI definition 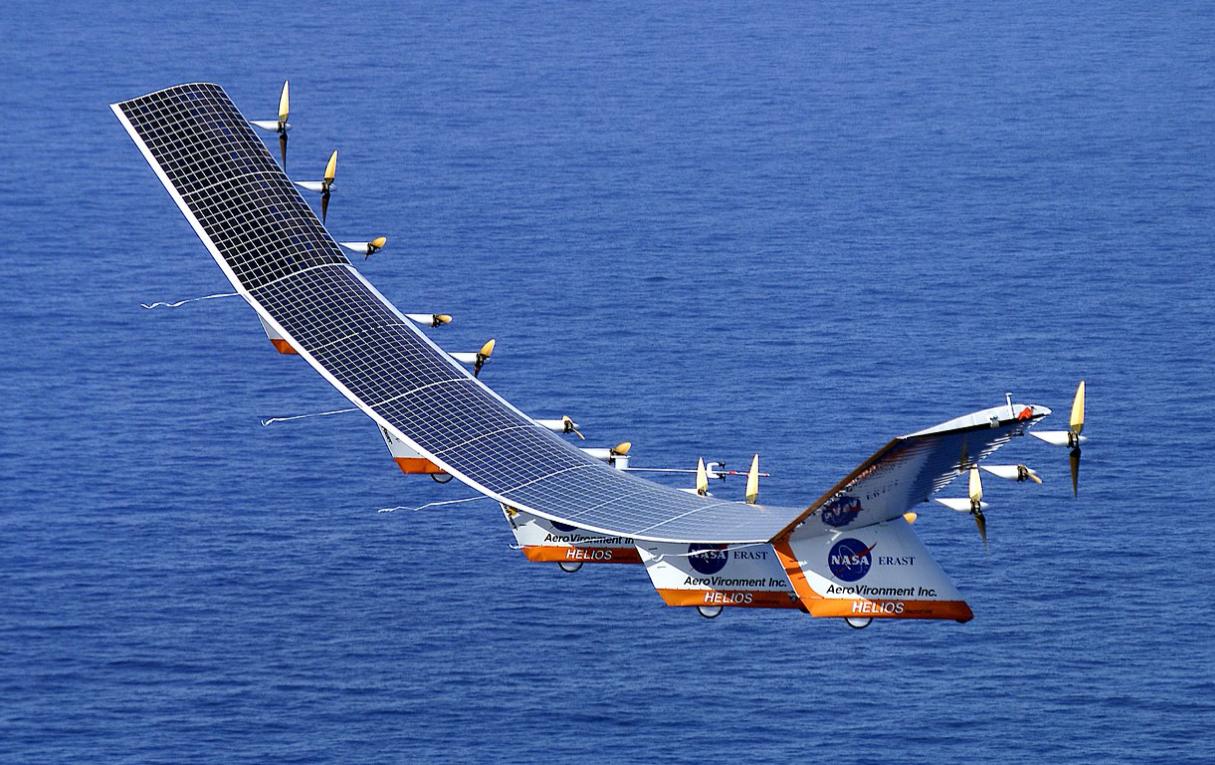 Pic from the wiki

So the Karman line is the line of orbital velocity where very little to no lift force is contributed by aerodynamics. Orbital velocities are very high, and high speed is not something that the Helios is capable of, it can remain aloft by aerodynamic lift only. Discussions about Helios and Kármán line are incompatible. 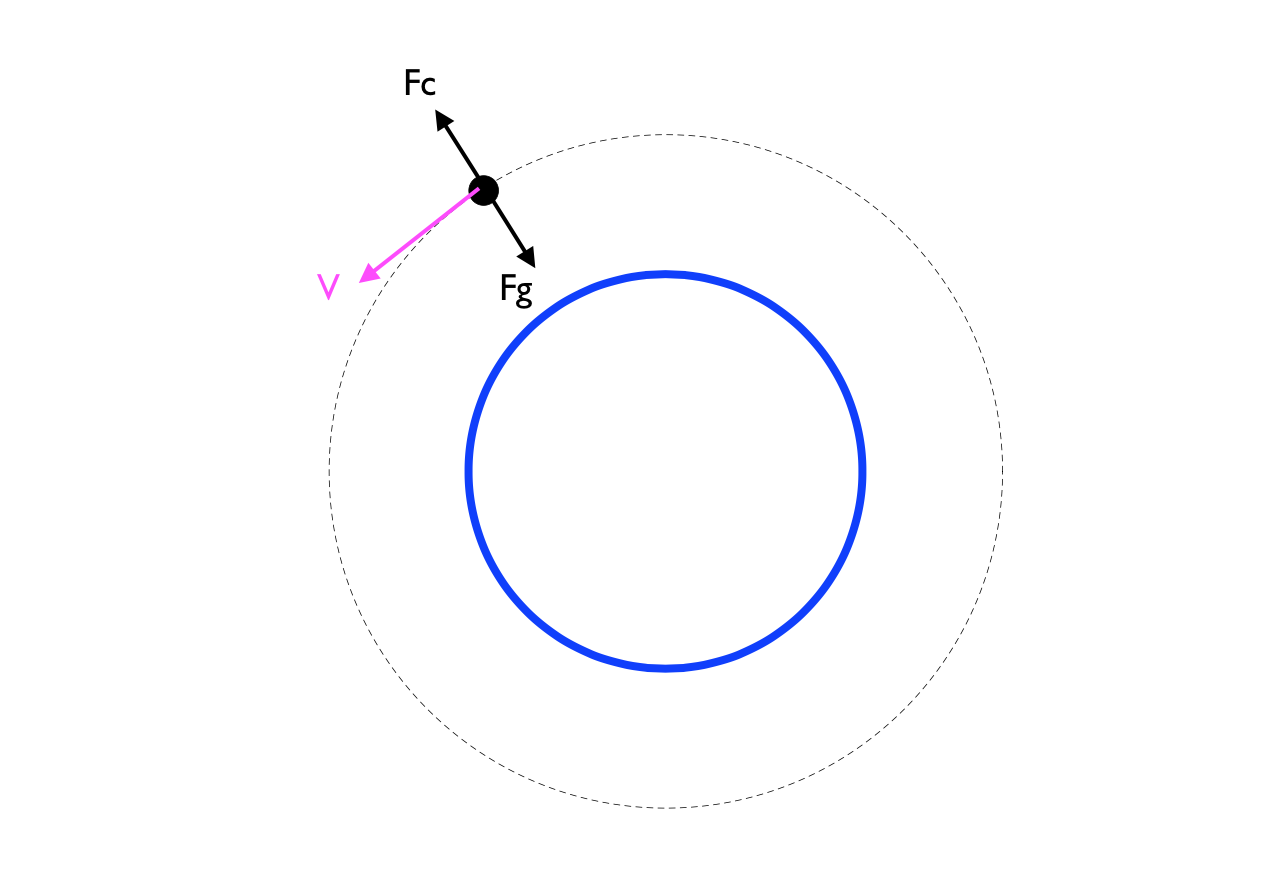 The orbital velocity at any altitude of any aeroplane or circulating object is purely a function of its maximum speed. Considering a simplistic situation (homogenous spherical earth etc.) in the above pic, the centrifugal force F$_c$ must be equal to gravitational force F$_g$:

Equaling the two equations, and computing for several altitudes, results in: 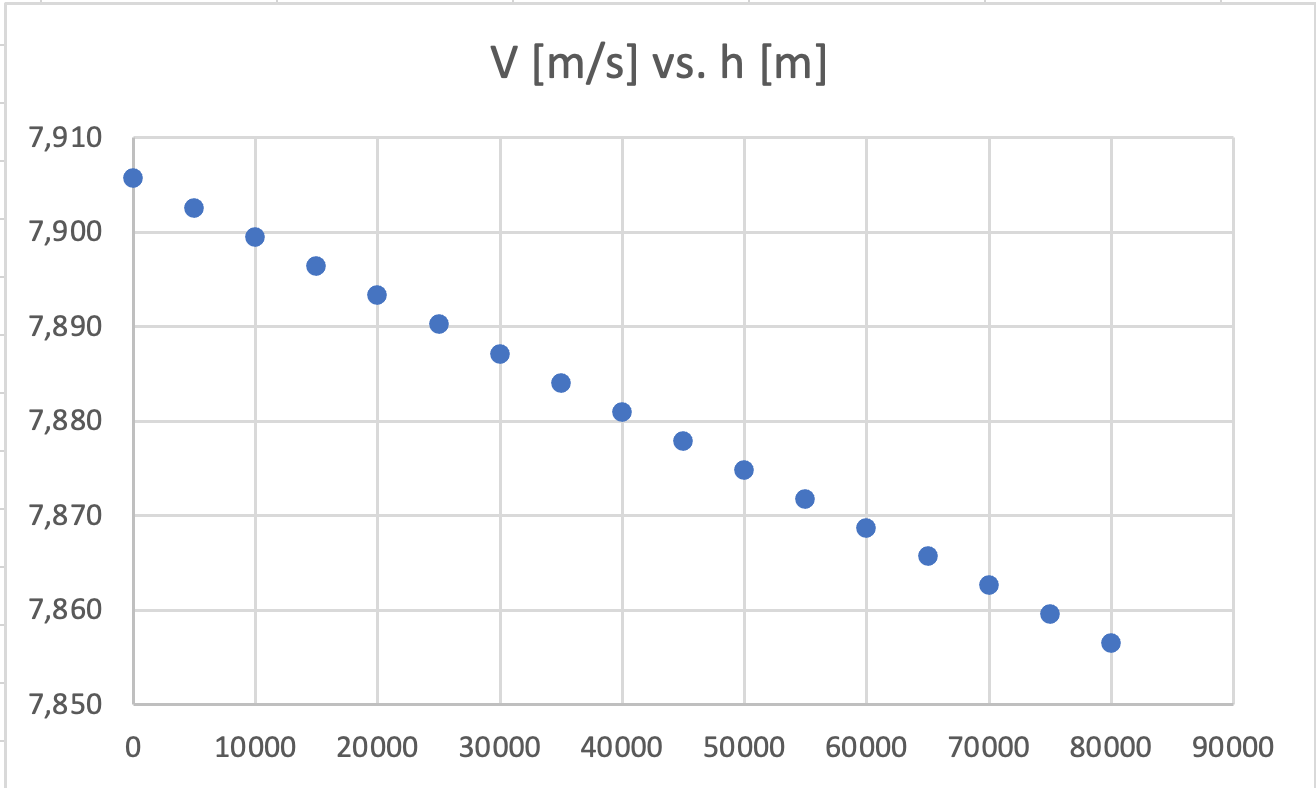 So the Kármán line is not aeroplane dependent, it is the boundary where aerodynamic flight is not possible anymore by any aeroplane. From this site:

The Kármán line is based on physical reality in the sense that it roughly marks the altitude where traditional aircraft can no longer effectively fly. Anything traveling above the Kármán line needs a propulsion system that doesn’t rely on lift generated by Earth’s atmosphere — the air is simply too thin that high up. In other words, the Kármán line is where the physical laws governing a craft's ability to fly shift.

Not the answer you're looking for? Browse other questions tagged aerodynamics altitude stall experimental-aircraft v-speeds or ask your own question.

1
Does Karman line depend on the wing area, and if not, why?

17
On Air France 447, what would have been the lowest altitude to initiate recovery after the stall developed?
1
Does Karman line depend on the wing area, and if not, why?
1
For what is VMCL the minimum control speed?
1
What is the highest a helicopter can fly?
2
How does altitude affect the TAS and thrust of an electric fan powered aircraft?
2
Why would I want to lower the stall speed?
1
How was the AeroVironment Helios able to fly to the edge of space at no more than 23.5 kn?