How to calculate lateral velocity of a turning aircraft

An aircraft in a 45 degree banked turn has a horizontal lift force vector equal to the weight of the aircraft. Although the Coefficient of Drag is much larger for the aircraft profile, it seems there must be a significant side drag force on the aircraft as a result of the lateral velocity created.

Is this an accurate number? Must we consider this side force even if the plane is "coordinated" from the pilots perspective?

Because the nose is also rotating into the turn, this number may be less. Is it more than 0?

Are these the vectors describing a coordinated turn? 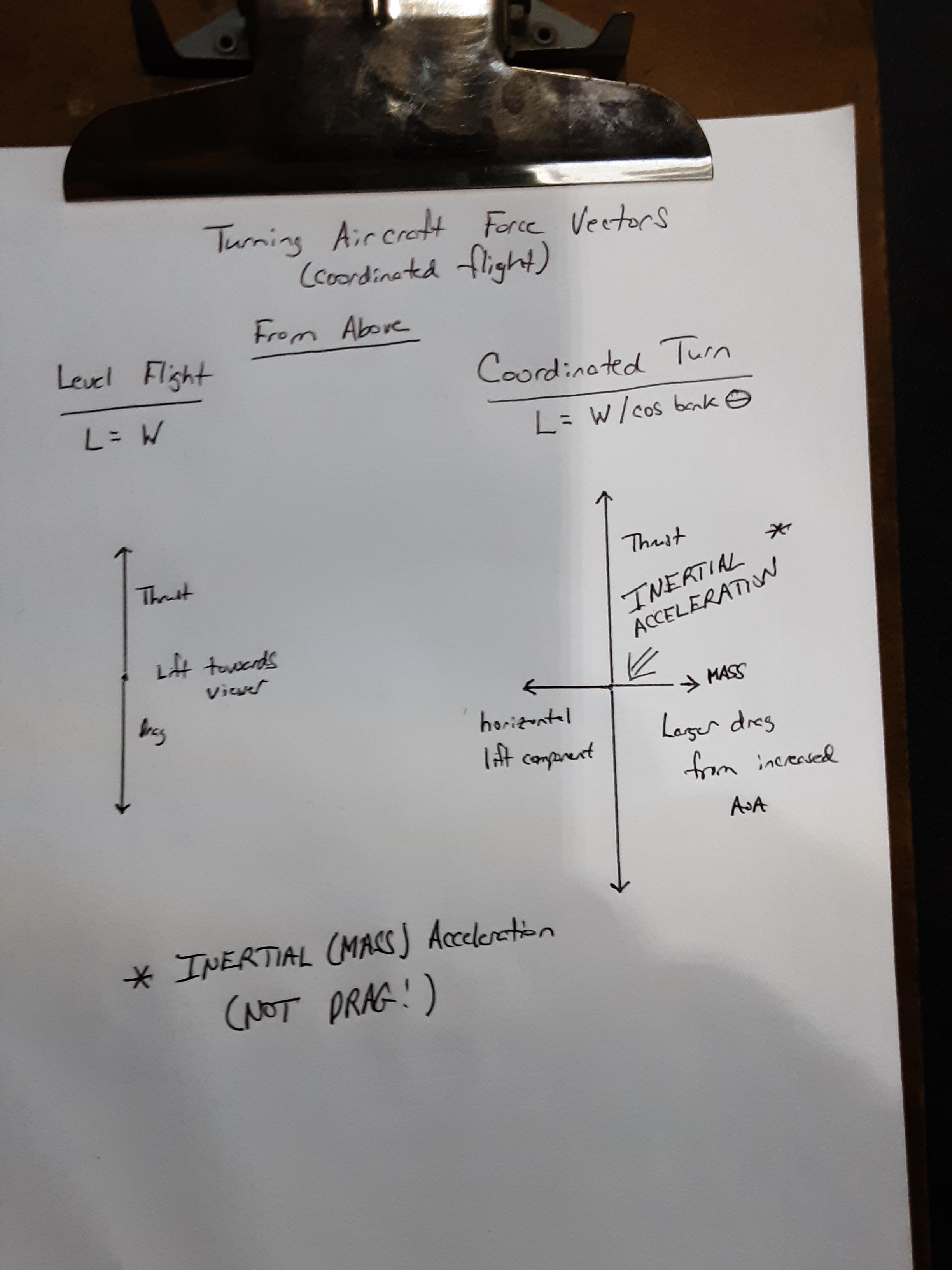 An aircraft in a 45 degree banked turn has a horizontal lift force vector equal to the weight of the aircraft. Although the Coefficient of Drag is much larger for the aircraft profile, it seems there must be a significant side drag force on the aircraft as a result of the lateral velocity created.

How to calculate lateral velocity of a turning aircraft

In a "coordinated" turn1, the lateral velocity toward the center of the turn, in the airmass reference frame, is always zero, because the aircraft is always pointing in the same direction as it is moving through the air.2

The critique of the actual formulae presented in the question, will be left to other answers.

Easy calculation: lateral VELOCITY is ZERO in a coordinated level turn, using the air-mass as the frame of reference.

Lateral ACCELERATION is non-zero, and is moving the velocity vector at the same rate that the heading is changing. The velocity vector is, in a coordinated turn, aligned with the nose of the aircraft, so lateral velocity can only be zero.

The uninteresting exception to this occurs when using a ground-based frame of reference and wind exists. At that point, you would have lateral velocity to the extent that the wind gives you some crosswind component. But that's the case also in straight & level flight, and is unrelated to all dynamics of the aircraft & its turn.

Not the answer you're looking for? Browse other questions tagged aerodynamics flight-dynamics or ask your own question.

8
How to calculate angular velocity and radius of a turn?
7
Is this explanation of adverse yaw correct?
4
How to balance a propeller aircraft for left turning tendencies?
1
How to calculate the velocity gradient at the wall normal to the wall (Boundary layers)?
1
How can I calculate the velocity of air drawn by a pusher configured propeller?
8
Just how do the underbanking and overbanking tendencies work?
1
Why did the Wright brothers take steps to increase the amount of vertical surface area forward of the CG on some of their aircraft?
2
Is the turning motion of a banked airplane caused by true centripetal force?
4
Given roll angle and constant velocity, calculate new position