Starting the 1980s, extremely powerful computational fluid dynamics software has been used to design wing sections and whole wings. I am going to focus on the Boeing 777 as an example of CFD applied to commercial airliner design since this is the aircraft that Boeing itself claims had an enormous use of CFD in design of the wing and wing-airframe integration (source). To quote, "The 777, being a new design, allowed designers substantial freedom to exploit the advances in CFD and aerodynamics. High-speed cruise wing design and propulsion/airframe integration consumed the bulk of the CFD applications". In particular, "inverse design" was first used (at Boeing at least) for the design of the 777.

Conceptually, CFD is a tool in the process of wing design, a tool that must improve attributes of the wing that ultimately then result in improvements in parameters which customers (airliners) care about. For example, one imagine the following causal chain: better CFD predictions of wing pressures --> some changed wing characteristics --> lower drag for a given lift --> lower fuel burn (which airlines care about).

My question centers around the "changed wing characteristics" part of the casual chain above. That is, I'm unsure as to what specific wing characteristics changed as a result of the application of CFD in the process of wing design. This could be changes in wing planform, thickness, t/c tapering, twist, or something else entirely. Basically, there has to be some output of the application of CFD that shows up in the actual wing itself to make the wing more efficient, and I'm curious what that output was.

I'm unsure as to what specific wing characteristics changed as a result of the application of CFD in the process of wing design.

Look at the change in airfoils over span of a swept wing. A simple swept wing of constant cross section would show a marked drop in lift around its center ("Mitteneffekt") and needs to be modified in order to straighten the isobars and use all of it to its fullest potential, something that is near impossible without CFD.

Another example is the optimization of the high lift configuration of a wing. This article explains how the flap system of modern airliners has been simplified over the last decades by use of CFD tools which had previously been unavailable. 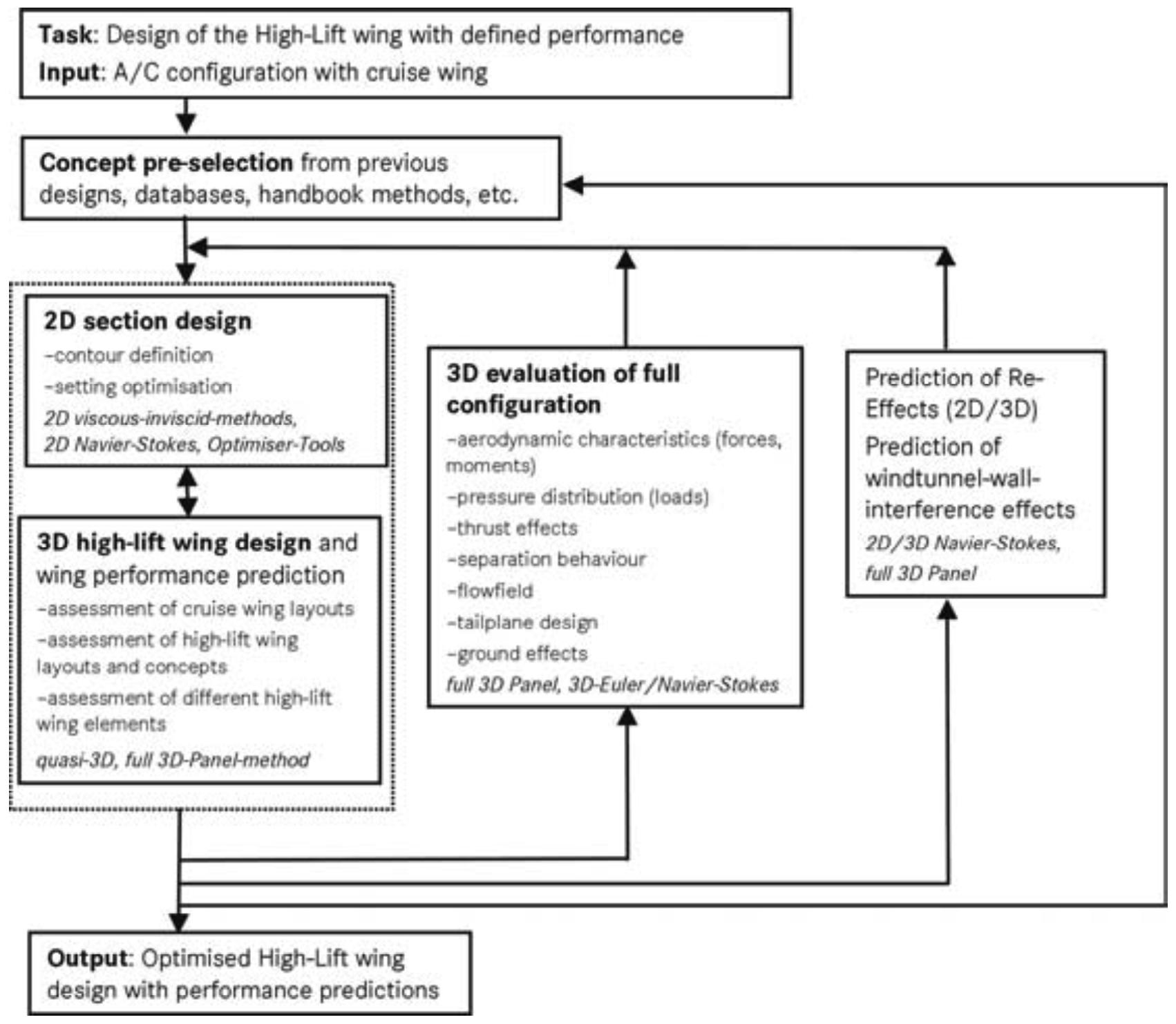 Sequence of the CFD-based high-lift design process, Figure 9 from AERODYNAMIC DESIGN OF AIRBUS HIGH-LIFT WINGS IN A MULTIDISCIPLINARY ENVIRONMENT.

In case of the Boeing 777 the huge GE90 engines had to be fitted to a wing similar to what had been done on the 737 and 767 before. Interactions between nacelle and wing had to be considered from low speed, high lift flight to high Mach cruise, so compromises had to be found. Doing this with CFD made that task immensely easier. 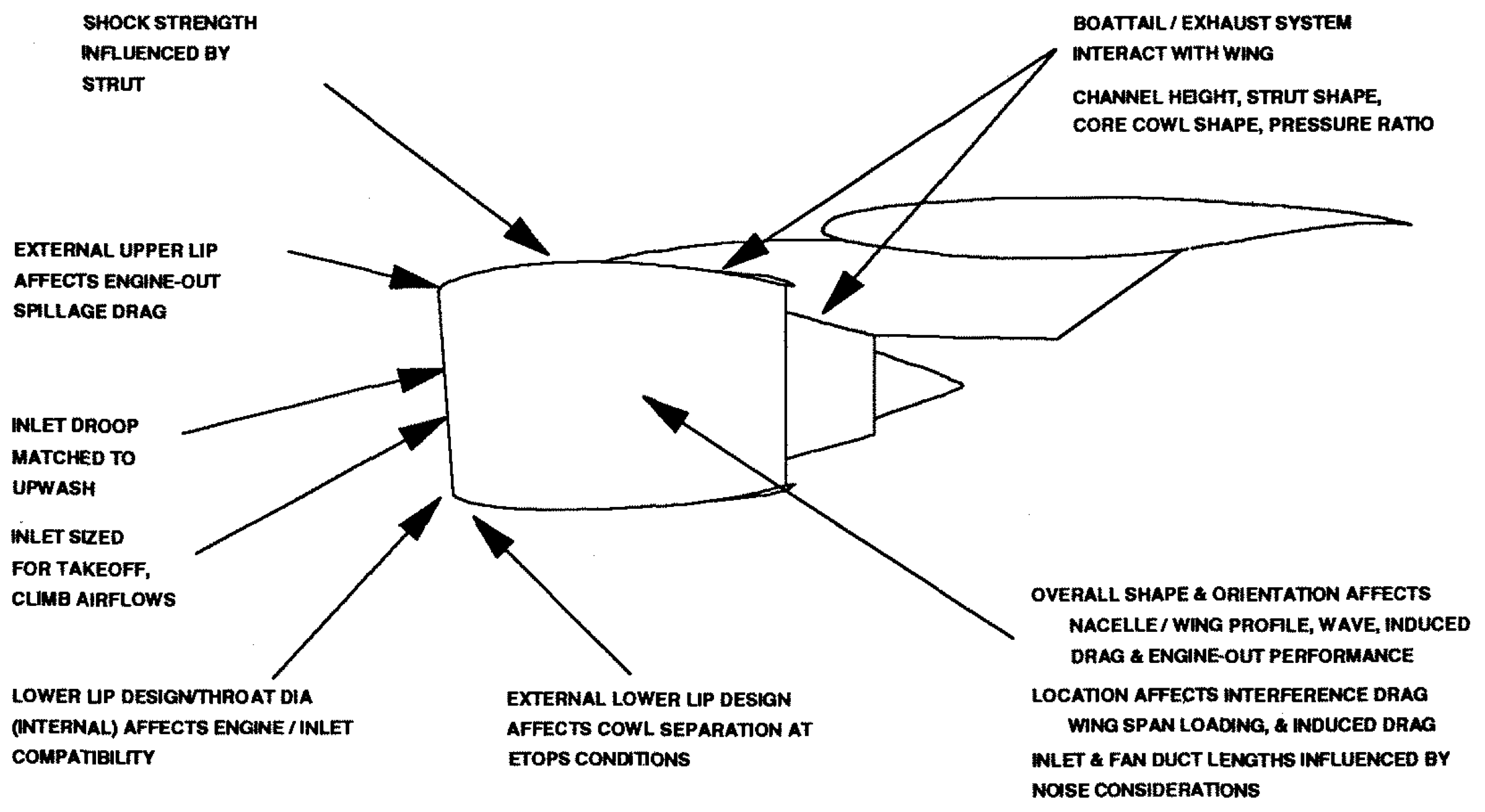 For the last twenty five years, at least, every significant development in aerodynamics has involved computational fluid dynamics.

Nobody has designed an aircraft, a wing, or even a car in the last twenty-five years without CFD being involved. (There may be some exception for some home-built ultralight somewhere in the world.)

The most specific advantage of CFD has been to reduce the cycle time of trying new things. So we can see what happens when we make a wing thicker - or thinner, or wider, or longer, or whatever. If we find that thinner wings work better in our case then we build thinner wings. Sometimes we check it by building an actual model, but in many cases we don't. In that sense we have learned what wings or fuselages or ailerons or wing mirrors (yes, car mirrors get tested by CFD) work better by using CFD.

(Incidentally learning "how to make wings thicker" is much more about structural mechanics than it is about fluid dynamics, computational or otherwise).

The by far most influential effect of CFD on aviation design lies in its ability to process humongous amounts of data allowing the visualization of what how air performs around certain solid shapes.

One typical CFD 'invention' (if you can call it that) is insight in how seemingly insignificantly small objects can cause surprisingly large scale effects, both advantageous as well as disadvantageous. As a result, if CFD really 'changed' anything in wing design, it's the notion for detail.

Another typical CFD fingerprint, is the design of what I would call 'whole shape aircraft' for lack of a better term. The functions of airlift, directional control, load capacity, stability and versatility in flight have become more and more one single result, rather than tasks divided over separate components. Like in the space shuttle. If you want to make a brick fly, CFD will show you how.

Hold your hand out of a driving car window and you can feel something is happening, but only CFD can show you exactly what that is. It can also show you what is happening to the air behind your hand, or behind the car even. CFD can tell you how a dead fish can still swim upstream. It gives insight into things that would otherwise just be mysterious.

Last but not least, CFD can be used in actual flying. I haven't seen it on manned aircraft yet, but I recall seeing an indoor drone demonstration, in which CFD was used to make a drone instantaneously adapt flight controls to damage or malfunction. This would be very helpful on for instance twin engine jet fighters that suffer loss of one engine. In that case CFD can be used to determine the damage and what control adjustments are needed to alter the aircraft's performance to still answer to the input of the pilot or even execute an autonomous safe RTB.

Not the answer you're looking for? Browse other questions tagged aircraft-design wing airbus boeing cfd or ask your own question.

12
What is the purpose of a wing Yehudi?
14
Why does the wing root of the A330 have a pronounced twist?

18
How long do airliner tires last? Can this be improved?
19
How does chord length affect wing design?
30
Would an 8% reduction in drag outweigh the weight addition from this custom CFD-tested winglet?
4
What would be the impact of replacing the engines on the 737 MAX, not just reworking MCAS?
11
Will computational fluid dynamics (CFD) ever be 100% correct?
9
How have engineers managed to increase commercial airliner wing aspect ratios over time?
8
Improvements in supercritical airfoil design from 1980 - 2000
0
Interpreting a graph depicting airfoil technology improvement