Why does static directional stability decrease with altitude?

For this reason, I cannot understand why directional stability should decrease with altitude, as stated in this chapter: 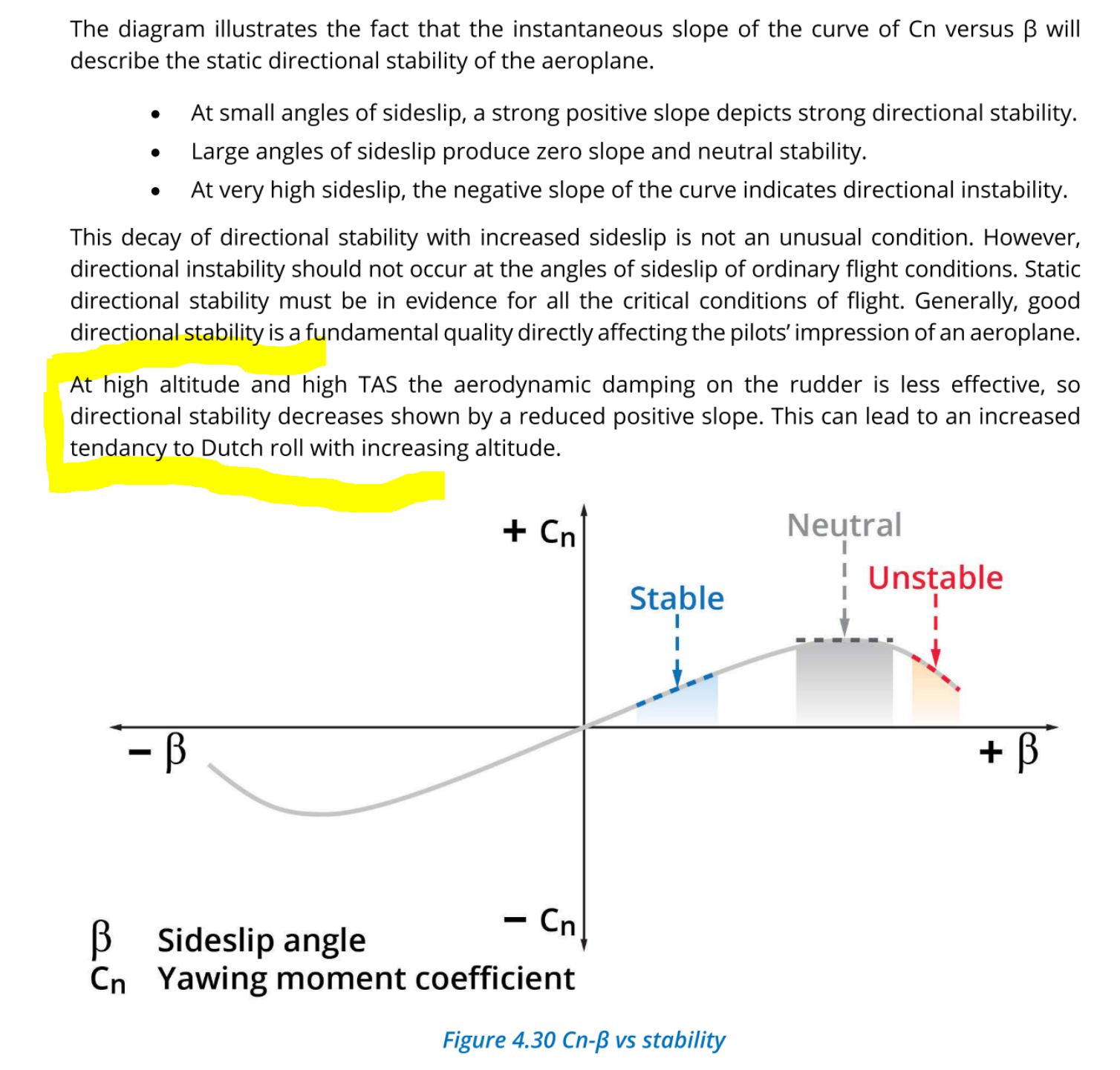 Guys, thank you so much for your answers. I should have provided some more background about this subject. I am an ATPL student, and I came across this question while preparing for my Principles of flight exam: 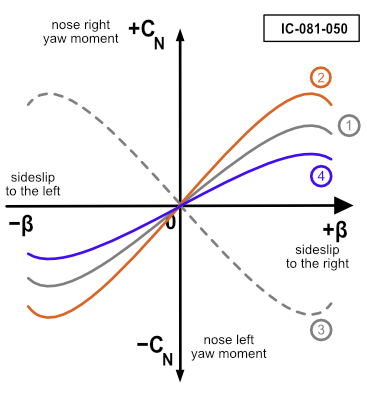 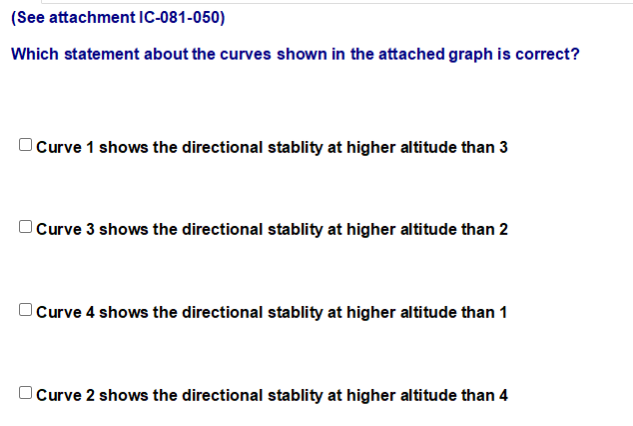 The only informations I could find on the book are the chapter I posted above and this:

I could not find any reference on the book -and on EASA learning objectives for the ATPL theory- about the Mach-related effects on directional stability.

The chapter above, as you said, is quite confusing. The Cn-B graph shows how strong the initial tendency of the nose to yaw towards the relative wind is, "closing" the angle of sideslip: the steeper the slope of the curve, the quicker the tendency of the A/C to re-align with the airflow. If I understand correctly, the graph doesn't tell anything about the dynamic behaviour of the A/C, it's all about static (directional) stability.

So, I cannot really understand why aerodynamic damping (or some other effect related to an increase of altitude, other than compressibility) should flatten the slope as the book -and the question- seem to suggest.

This is a super fascinating topic -as everything related to Principles of flight- so I would love to have a deeper understanding of it, not just because I have to pass the exams.

By the way, if you have any book/source to suggest it would be amazing.

I don't think the person who wrote the question in attachment IC-081-050 understands the topic of lateral stability well enough to be qualified to judge others on it. Also, the text you quote jumps between static and dynamic stability without making clear each time what is meant with the term "stability".

From now on, I focus on lateral stability only. Static stability first: A typical change of state is flight into a lateral gust: Suddenly, all of the aircraft flies at a changed sideslip angle. If we neglect niceties like that the tip of the fuselage encounters the gust before the tail does, the effects are:

Next, what is meant by higher altitude? Your first sentence tells us it is flight at higher TAS but the same CAS and, hence, the same dynamic pressure and lift coefficient but a higher Mach number. c$_{n\beta}$ should increase ever so slightly from the higher side force slope on the tail but due to the higher TAS, any excursions from a straight flight path should grow proportionally to it. I guess that those very noticeable higher excursions are the reason for the author of attachment IC-081-050 to think that c$_{n\beta}$ shrinks with altitude, but that is wrong.

Flying faster at the same altitude will significantly decrease c$_{n\beta}$ due to elastic deformation, but if CAS is kept constant, this effect will not be present. It could also be that the author of attachment IC-081-050 confuses the effect of higher dynamic pressure on c$_{n\beta}$ with that of higher TAS at higher altitude, but that is equally wrong.

A third reason for the wrong impression that c$_{n\beta}$ changes with altitude is that due to the higher flight speed the same gust will cause a smaller change in sideslip angle at higher altitude. But the coefficient is not c$_{n\;gust\:speed}$, but c$_{n\beta}$, so for being different, a different yawing moment change must be caused by the same change in sideslip angle at different altitudes, which is wrong.

Now on to dynamic stability: A typical movement is expressed as the yaw rate $r$. Dynamic yaw stability is determined by yaw damping. As you correctly say it decreases with higher TAS and in many jets this requires the use of a yaw damper for flights at higher altitude. Because dynamic stability has its own coefficient (c$_{nr}$), this has nothing to do with the slope of c$_{n}$ over $\beta$. For dynamic stability the yawing moment coefficient must be plotted over yaw rate which is clearly not the case in attachment IC-081-050. Of course, it is also possible that the author has confused static and dynamic stability and attributed the altitude dependency of the latter to the former. But this would be a really bad mistake to make.

We've got a rather complex "can of worms" here. Some of the quoted material seems to confuse cause with effect, or to confuse static effects with dynamic effects.

It seems like you are imagining that with less damping acting in opposition to yaw rotation, the restoring moment from sideslip will somehow be able to act more quickly or more effectively to introduce a yaw rotation to end the sideslip.

That's not a correct way to view the situation.

At high altitude and high TAS the aerodynamic damping on the rudder is less effective, so directional stability decreases shown by a reduced positive slope.

The truth is that whenever we talk about "damping", we need to specify exactly what mean to say is being "damped". Generally we are talking about a dynamic effect--something related to the rate of something else. So is the quoted passage trying to address aerodynamic damping of the rotation rate in yaw, pitch, or roll? Or is it trying to address damping of an oscillation, such as the pitch phugoid, or such as the "Dutch roll" oscillation? Or are we actually talking about a reduction in the "weathervane" yaw torque per degree of sideslip (i.e. the static directional stability) for a given IAS-- which would not be a conventional usage of the term "damping"? The quoted passage fails to clarify this.

It's true that some oscillation tendencies tend to be most pronounced at high altitude, for a given CAS or IAS, but the quoted passage hasn't adequately explained why this should be so.

There are at least two different reasons why an aircraft tends to be more prone to various dynamic oscillations at high altitude (and therefore high TAS), for a given IAS--

One, strong damping of yaw or pitch rotations tends to reduce "Dutch roll" or pitch "phugoid" oscillations, respectively. And for a given IAS and G-load, a higher TAS will be associated with a larger radius (smaller rate) of curvature of the flight path, so the stabilizing effect of yaw or pitch damping will play less of a role in the aircraft's dynamics.

And two, at high Mach numbers the slope of the static directional (yaw) stability curve is indeed reduced.

After much thought and credit to other responders ...

why does static directional stability decrease with altitude?

It will not, if aircraft stays below critical Mach number, although increased stagnation pressure on the forward fuselage relative to other surfaces should be considered (even 300 knots is pretty fast!)

damping on the rudder is less effective, so directional stability decreases

Yes, but not directly. Damping has nothing to do with directional stability. In the simplest sense, imagine a gold pendulum under water, at sea level, and on top of Mt. Everest. Viscous drag limits the overshoot of each swing by limiting the velocity, therefor angular momentum of each swing. All three pendulums eventually stop.

The correcting force (gravity) is the same in each case if each pendulum starts from the same place.

With swept wing large airplanes, like airliners, the lack of damping manifests into instability because, at a certain degree of Velocity and deflection, overshoot becomes self-reinforcing and the yaw-roll cycle gets worse and worse.

At altitude, lift requirement is the same, therefor the lift differential (of the swept wing) for a certain degree of yaw is the same.

Because of lower damping, the velocity of the roll is faster. This couples with the yaw created by drag differential (of the wings).

The sideslip adds fuel to the fire with each yaw-roll cycle.

No - damping is a force proportional to velocity, in this case yaw rate $\dot{\beta}$. The restoring moment is a function of yaw angle $\beta$, which will be smaller at lower air density.

Once the aeroplane starts responding to the restoring moment by moving back towards neutral, the damping starts playing a roll, with lower damping generating faster return to neutral and more overshoots.

At high altitude and high TAS the aerodynamic damping on the rudder is less effective, so directional stability decreases shown by a reduced positive slope. This can lead to an increased tendency to Dutch roll with increasing altitude.

Not the answer you're looking for? Browse other questions tagged aerodynamics stability yaw or ask your own question.

7
What is aerodynamic damping?
8
Would a vertical stabilizer that extends both above and below the centerline be benefit or hindrance?

7
Does lateral stability decrease during transonic flight? If so, why?
11
Does static longitudinal stability require download on the tail?
2
Why does the effective alpha/CL increase at wingtip of swept wing?
8
Just how do the underbanking and overbanking tendencies work?
2
Do motor glider pilots ever "cheat" and use their motors to thermal?
1
Why did the Wright brothers take steps to increase the amount of vertical surface area forward of the CG on some of their aircraft?
12
Why does directional stability decrease at supersonic speeds?
3
Does dihedral improve roll stability in gusty conditions?
1
How would a fighter be changed from having static stability to having relaxed stability?
0
How can I calculate the tail area required to achieve longitudinal static stability?