Is the Centre of Gravity moved by an aircraft travelling at “High Speeds”?

The following quote is from G. Bristol’s book, Ace the Technical Piloting Interview:

I was surprised to read that the centre of gravity (CG) changes with “High Speeds.” As I understand it, the horizontal stabiliser produces a downwards force to counteract the moment about the CG produced by lift acting through the centre of pressure.

Though the adoption of a nose down attitude at higher speeds to maintain straight and level does make sense due to the increased speed (assuming constant $ \rho $).

But I am still struggling with the sentence, “This lift effectively reduces the weight of the tailplane section.” I just can’t see how speed could change the actual CG.

Does the actual CG change at “High Speeds”?

(Though I do understand that aerodynamics is universal to all aircraft, if there are differences in discussion between light aircraft compared to turboprops and passenger jets, I would prefer the discussion to be more towards the latter, thank you)

Changing the aerodynamic forces on any part of the aircraft CANNOT change the distribution of mass within the aircraft structure. The center of mass, (AKA center of gravity) can ONLY be changed by moving mass around within the structure, (or adding/removing mass), and remains constant unless you do that. Aerodynamics does not (CANNOT) have anything to do with it. It doesn't even change if you move the airplane to another planet, or out into space, in free fall, where there is "no" gravity.

Any action you take that requires or necessitates mass redistribution cannot by itself change the CG.

The author of the book makes a correct introduction: "..movement of the centre of gravity is due to a change in weight. The distribution of the aircraft’s weight can change for three reasons". The footnote is incorrect: a change in tailplane lift never causes a shift in Centre of Gravity. Aerodynamics have no business with gravity forces acting on mass - CoG does not change according to tail plane trim, the Centre of Lift does. 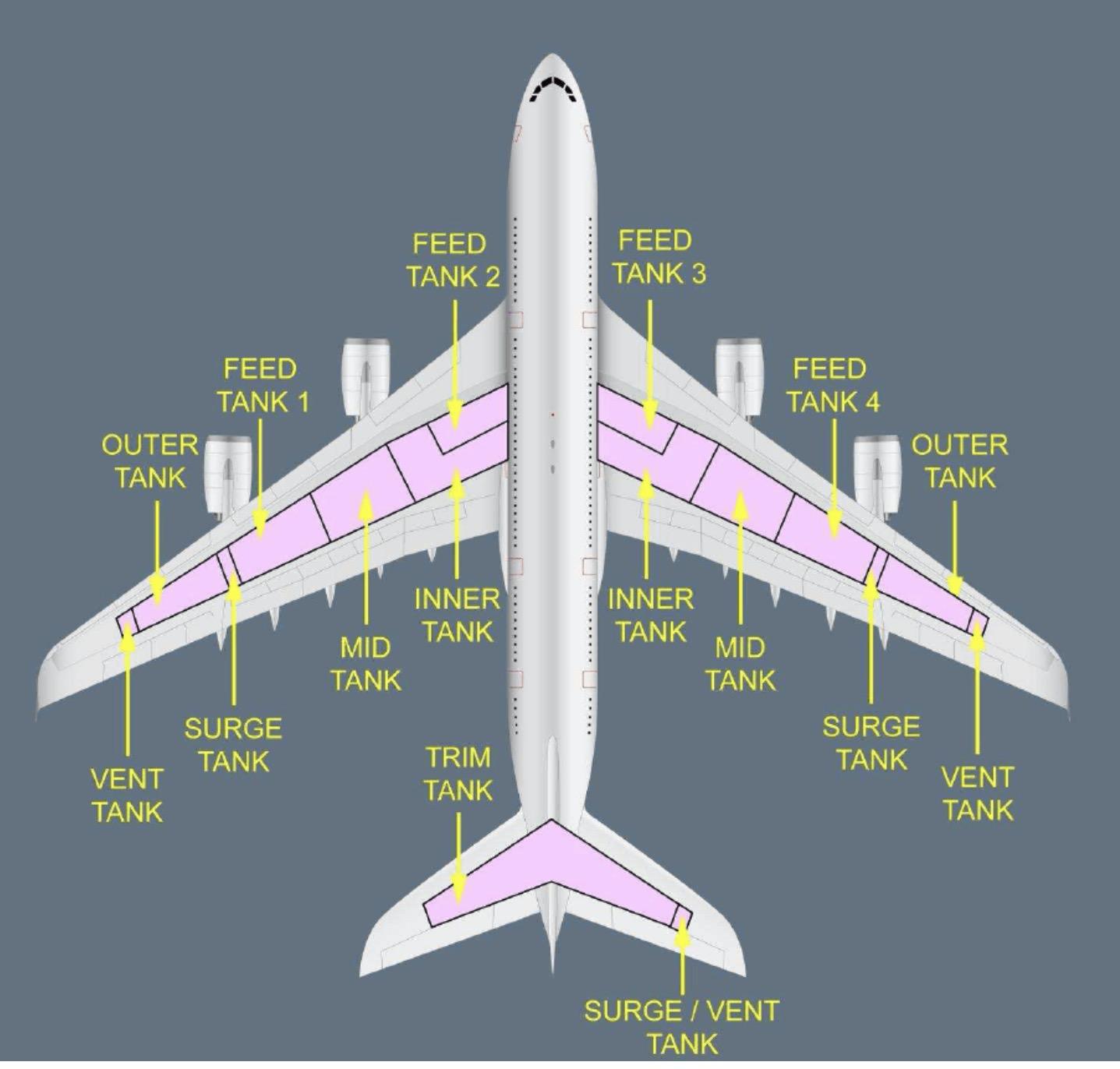 But there is a mitigating factor, in case of fuel transfer. Modern passenger planes do change CoG by re-distributing fuel when cruising, exactly for purpose of reduced drag from positive tail plane lift. For instance in the A380, by means of the trim fuel tanks in the horizontal tail. 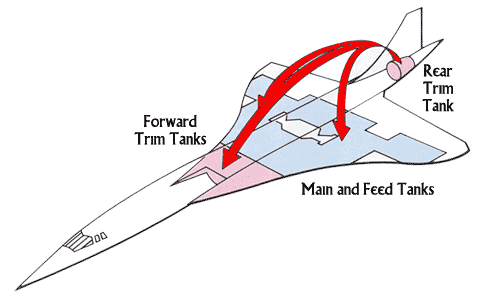 The other case where shifting the CoG helps efficiency at high speeds, is of course for supersonic aircraft. Wing CoL shifts from about quarter wing chord at subsonic speeds, to half wing chord at supersonic speeds. Fuel transfer around transsonic speed then shifts the CoG aft as well, to prevent large trim drag.

There are two separate issues here.

Firstly, as long as we are not physically redistributing the mass of the aircraft, then a change in the aircraft's pitching tendencies, as speed is varied, absolutely should not be described as a "movement of the centre of gravity... due to a change in weight." So the quoted text is unambiguously in error.

The second issue concerns whether or not the horizontal tail actually develops more upward lift, or less downward lift, as cruise speed is increased. The quoted passage suggests that this is necessary to keep the aircraft's nose down to keep the wing meeting the air at the increasingly small angle-of-attack that is associated with increasingly higher airspeeds. And there's no doubt that the wing's angle-of-attack must indeed be decreased as the airspeed is increased.

But the truth is that due to the nose-down pitching moment from the cambered wing, which may be expressed as a pitching coefficient, the tail typically must produce more downforce or less upforce in higher-speed cruise than in lower-speed cruise. Despite the fact that the elevator is positioned lower at higher airspeeds (in the simple case where the whole stab itself is not moveable for trimming the aircraft.) This seeming discrepancy can be accounted for by the fact that the aircraft as a whole flies at a lower pitch attitude and angle-of-attack in high-speed cruise than in low-speed cruise, and this affects the angle-of-attack of the horizontal tail. So it is a mistake to imagine that the tail effectively seems to "get lighter" as airspeed is increased. The opposite is actually true, if we are intending to describe the combined effects of the actual weight of the tail, and whatever upforce or downforce it must generate to trim the aircraft.

It is the case that during supersonic cruise, an aircraft's overall center of lift can move quite far aft, which in the absence of a change of C.G., would have to be compensated for by a strong nose-up change in pitch control trim. In the Concorde, this is handled by pumping fuel aft during acceleration to high-speed cruise. But similar procedures are not normally used on aircraft that cruise firmly in the subsonic range.1

So in summary, the quoted passage is riddled with errors.

The "center of gravity" is where the total weight of the body, or alternatively it is total mass, may be thought to be concentrated.

It is often seen as the internal physical feature of the solid body and (as commonly understood) is not altered by velocity, acceleration or density of the surrounding environment. It may be altered only by altering the internal structure of the physical body, like relocating some mass differently inside it. Hence, for the aircraft, only moving any mass in, out or relocating inside would change it. Fuel burning and passenger movement are cases for that but change of velocity is not.

You should not rely on Mr. Bristol's book to ace the Technical Piloting Interview. He makes three errors in the quoted section:

When a symmetric airfoil is used on the wing, the tail load will stay constant over angle of attack if we only look at the aerodynamic forces. But powered airplanes also produce thrust, and an offset thrust line will also affect the pitching moment. When engines are mounted below the wings and drag rises with airspeed above minimum drag speed, more thrust is needed to balance drag and will add to the engines' pitch-up contribution. This requires more lift on the tail, too! Only very high engine placements (like on the Lake amphibians or an Ekranoplan) will cause tail lift to decrease (or downforce to increase) when speed rises near the airplane's top speed.

Reasons for a change in aircraft’s weight are no more than what the word says, reasons. The only difference between fuel burn and passenger movement on the one hand and high speeds on the other, is that the first two themselves actually cause a change in CG, whereas the latter only changes the lift. Both fuel burn and passenger movement may be corrected by changing Lift, just as altered lift due to high speeds may be corrected by changing the CG, thus making it a plausible reason to do so.

There is however no such thing as a Bernoulli effect on the influence of gravity. You can't outrun it.The text is somewhat misleading. "...reasons and thus cause.. " suggests both are and/or mean the same, which is not correct as causes do not reason.

Not the answer you're looking for? Browse other questions tagged aerodynamics weight-and-balance cg or ask your own question.

11
Does static longitudinal stability require download on the tail?
9
What is the aerodynamic centre and how does it relate to the pitching moment?
5
Why do tailplanes provide down force, if not for longitudinal static stability?
3
How much fuel does an A380 hold and where?
3
What is the shape of the power required curve?

6
Why is managing CG (centre of gravity) important?
9
What are the limits to lateral Centre of Gravity imbalances?
4
What is the effect of moving the centre of gravity ahead or behind the aerodynamic centre for HALE UAVs?
2
How Centre of Gravity (CG) is adjusted?
6
If indicated air speed does not change can the amount of lift change?
23
Which aircraft require that the vertical position of the centre of gravity is checked?
5
Why does having a geometry-limited aircraft lead to lower VLOFs?
1
How would a fighter be changed from having static stability to having relaxed stability?
0
A question regarding airfoil parameters
3
How does gross weight affect helicopter autorotation?