The Effect of Pitching Moment on Aircraft Stability

In comparing the four, I noticed that all of them have a negative Cm up to the critical angle of attack. Clark-Y's Cm values, however, are consistently more negative for all angles of attack, compared to the other three. I was wondering if this can be considered as an advantage for Clark-Y as less downward pitch would be required from the horizontal stabilizer. Could this be a disadvantage at level flight since it can cause the plane to nosedive? I noticed that at AoA = 0, Cl = 0.4 which could stop the nose from pitching down?

I have included a picture of Clark-Y aerodynamic graphs for your reference.

Thank you in advance for your help 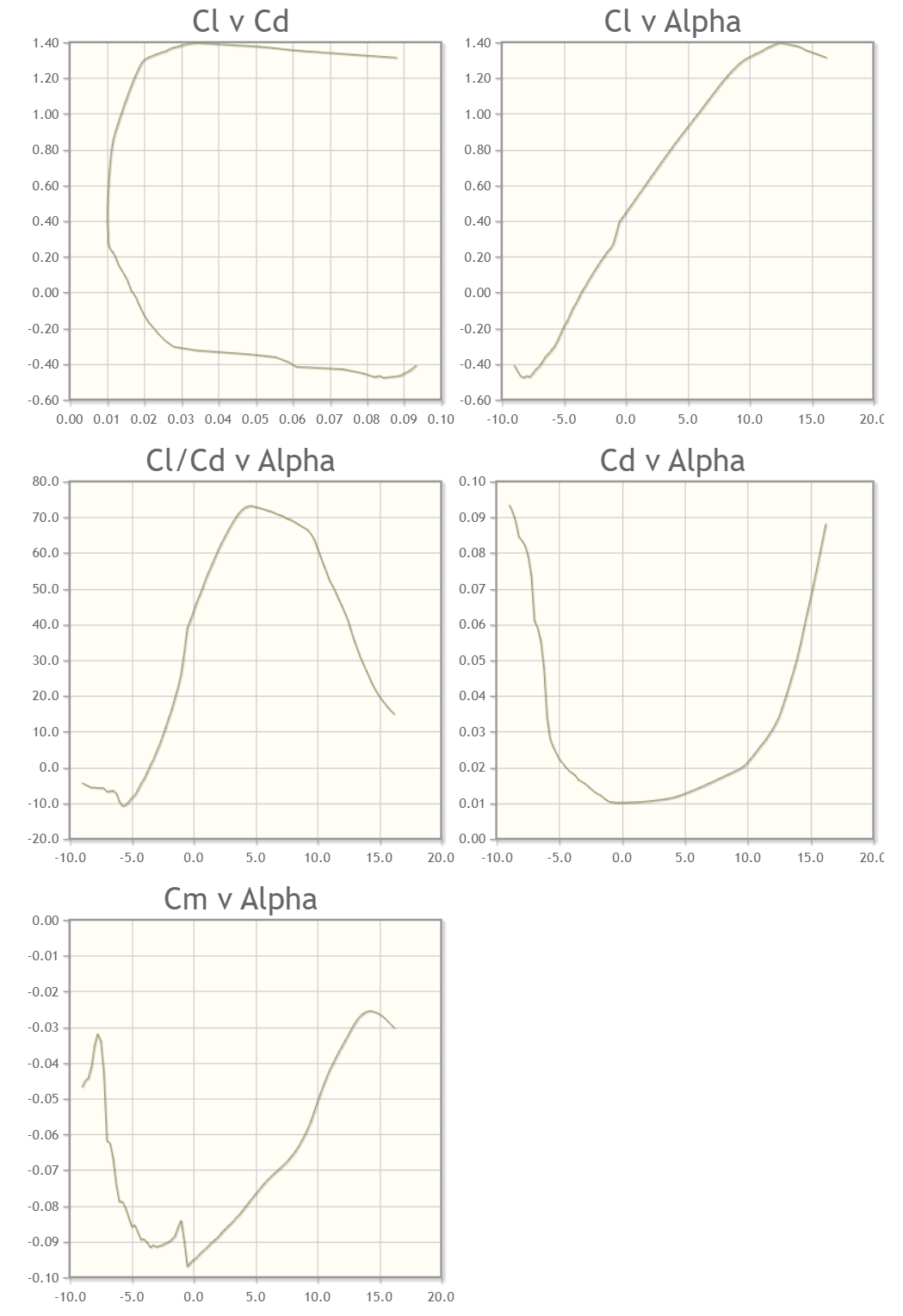 Camber in the main wing airfoil means that the wing's center of pressure will move forward with increasing angle of attack (AoA). Since the reference point for the pitching moment coefficient c$_m$ is the airfoil's quarter point, this drives the c$_m$ to negative values. By choosing the quarter point as the reference point, the value of c$_m$ will ideally stay constant over the range of AoAs with fully attached flow.

This movement of the center of pressure destabilizes the airplane slightly and in consequence requires a slightly larger tail surface in order to trim the airplane over its useful AoA range. But it will only make the airplane nosedive when the tail is missing - the large lever arm of the horizontal tail gives it a strong stabilizing effect.

Now it might seem that a large, negative c$_m$ causes more drag from the larger tail surface when you compare the same design with an uncambered wing airfoil, but camber will also allow the wing to reach a higher maximum lift coefficient. For the same minimum speed, the cambered wing can be made smaller and lighter, so in total camber reduces overall drag.

The Clark Y is popular because it has a flat lower side which makes building the wing simple if you use traditional construction methods. It is also, together with a few other airfoils like the Göttingen 398 and 449, the basis of the thickness distribution of the NACA four digit range. However, airfoils designed with a desired pressure distribution in mind (as opposed to the pure geometry) will yield better results. Maybe you should look into Eppler or Quabeck airfoils instead which have been designed with the use in model airplanes in mind.

Not the answer you're looking for? Browse other questions tagged aircraft-design aircraft-performance airfoil stability model-aircraft or ask your own question.

4
Why is the aerodynamic center for most airfoils located at the quarter chord location?
2
Why doesn't the centre of pressure move in the case of a symmetric aerofoil?