How does wake turbulence affect parachutists?

If one were to parachute out of a jumbo jetliner, would wake turbulence from the plane be an issue?

Qualification: I am a master parachute rigger and I taught sport parachuting for 10 years.

The back door of a 747 is actually in a pretty good position - the tail is above the door and the fuselage is narrowing at that point so it's not a complete side exit.

A freefall jumper will drop out of the aircraft's wake in under a second so that's not really an issue. If we pick a theoretical worst-case where a jumper goes straight through a huge vortex they might get flipped over. Remember that a human does not have large surfaces like wings to interact with. Any jumper that can't recover from that won't be doing freefall jumps anyway. Seriously, this is in the Jump #1 stability lesson, and if you haven't got it sorted by jump #6 any reputable school will send you home.

Exit speed is a consideration - sport gear is meant for < 200km/h. If we are going out at 747 cruise speeds I would tighten everything right up1, wrap some tape around the riser covers2 and tuck the pilot chute handle completely into the pouch. Maybe also tack the closing flap cover down. Yes guys, it will still open if you sew it to the proper flap. If the plane is at approach speeds with flaps and gear down then you're fine - not much different than a King Air.

So in conclusion, yes, you can jump out of a 747. Rent one and you will have every jumper in the state lining up for tickets.

To reply to the comment of the pilot chute going over the tail, that happened at our place too (and to me once, but mine went under the tail). It's got nothing to do with turbulence - the pilot chute got pulled mostly out of the pouch, most likely snagging something, and the air picked it up from there. Our guy actually hit the tail. He had nasty bruises and needed a few lines changed, the pilot needed new underwear, and the Cessna needed a bunch of rivets and sheet metal work. When it happened to me I had a surprise deployment at 9,500 feet and a longer than usual ride down.

1 to the point where you will need my tools to close it.
2 it will break away after opening, and won't be more than an annoyance if it doesn't

Paratroopers are sometimes dropped from large cargo carriers planes out of the backdoor (or side door) with little trouble. (right in the wake turbulence)

However by the time you open your parachute you will already be well clear of any turbulence caused by the large airplane.

This doesn't mean jumping out of a jumbo jet is anything but extremely hazardous though, the slipstream would make any attempt foolhardy.

Bottom line is that there is very little effect on the parachutist/skydiver.

The case where there would be the largest concern would be in the event of a static line jump (which we seldom teach civilian-wise) where the jumper's pilot chute is deployed on exiting the aircraft. However, as you can see below, gravity is pulling you down faster than you are being pulled back thus you are essentially out of the turbulence cone.

In the event of non-static line jumps, the process is just faster (because of less drag).

Also, many times an aircraft will be at a slight climb and near stall speed (but this is manly for safety not turbulence related issues). 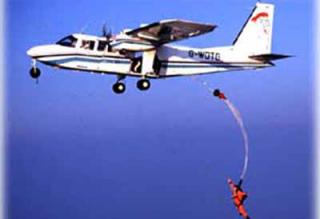 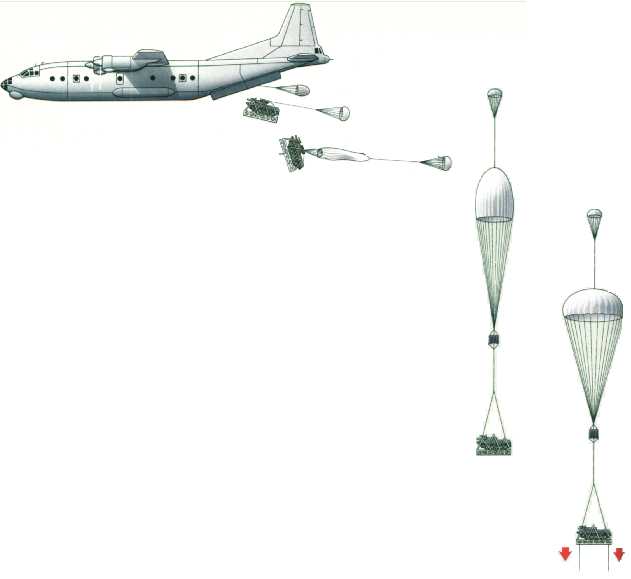 Not the answer you're looking for? Browse other questions tagged aerodynamics parachute wake-turbulence or ask your own question.