Why do twin-engine Diamond aircraft have a single FADEC lever instead of two engine throttles?

From my understanding, if you have a twin-engine aircraft with 2 lever engine throttle one for each engine you will be able to use differential thrust to steer in case of steering malfunction.

I don't understand why twin-engine Diamond aircraft decide to go with only single lever FADEC.

Here is the video I encounter that lead to this question.

The DA 42 and DA 62 aircraft do not have throttle levers, they have power levers. And the DA-42 and 62 have two power levers, one for each engine. See the picture of the DA-62 cockpit below. 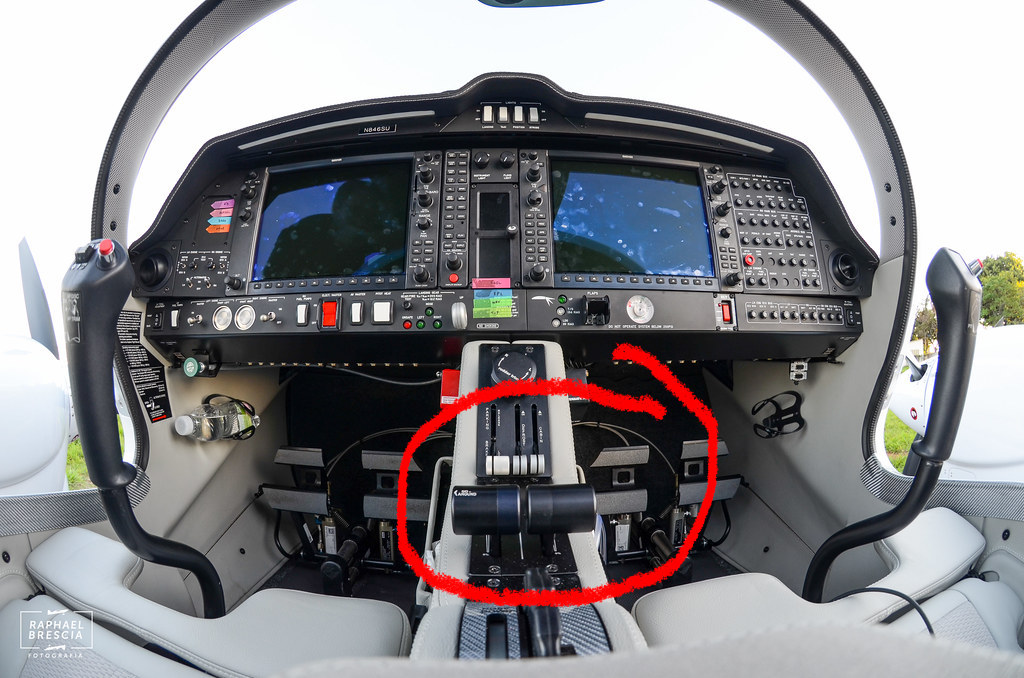 The cockpit images that you see there in the video are from the DA 40 NG airplane, which uses a single power lever for its turbo Diesel engine.

The reason for including two power levers is 1) independent control of engine power for each engine in the event of an engine failure 2) use of differential thrust for slipping in crosswind landings and 3) differential thrust to assist while turning on the ground.

Not the answer you're looking for? Browse other questions tagged multi-engine fadec or ask your own question.

4
How can using split throttles help when landing twins in crosswinds?