Is triskaedekiphobia (fear of the number 13) the reason commercial planes normally do not have a row 13?

When I first time heard this "legend" I couldn't believe it. I was really surprised, if not shocked, to actually find row 13 missing on my next passenger flight. (I believe it was a Boeing 737.) Is this really due to superstition about the 13th row? Was it so hard to push aircraft producers to renumber all other seat rows?

I know that people can be absurd about their superstitions. But realistically, the odds that a passenger airplane will crash are minimal. And should it really crash, chances that you'll survive due to being seated in row 12 or 14, as opposed to 13, must be below statistical error.

I find it very difficult to believe that people would choose not to fly simply due to superstition about being seated in row 13. Is there a more rational explanation?

EDIT (after Patrick's answer): I don't know, if I expressed myself enough clearly. I don't think, that people are dumb, because the're worried about number 13. I rather think, that thinking, that row 13 is unlucky, specifically on airplanes (where, in case case of crash all seats mostly are equally unlucky) is a bit weird.

Fear of number 13 is known as Triskaidekaphobia.

I randomly entered some flight numbers on SeatGuru and found that this one has row 13 (aircraft is B737): 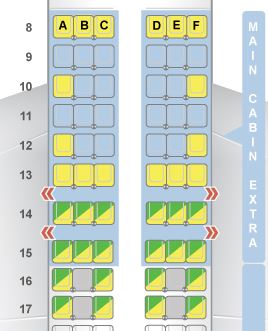 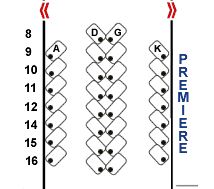 However, in this case, several row numbers (12, 13, 14) are skipped to adjust galleys and lavatories. This could be that they were added later or can be removed in future to add more rows. 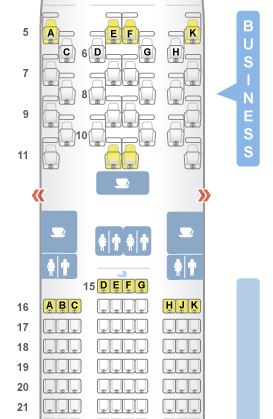 The bottom line is that regardless of what you name it, there remains a 13th row. If a plane is about to crash (God forbid) I would be worried about being on the plane, rather than just the seat number. There are several studies that safest seats are in the back. So, rows 1-12 may not be as unlucky as row 13.

If you have 12 million dollars and I can give you one million more1, would you not take it?

In several parts of the world 13 is a lucky number.

1Trust me, I will not do it, even if I have that much money.

Aircraft producers don't choose numbering schemes, it's up to the airline to specify layout, row numbers, lavatory placement, etc. Airlines think about their customer base, and in the western world the occasional person has a fear of the number 13 so some airlines choose to skip the number 13. It costs them little to do so and it shows their good will.

They'll go out of their way to skip the number 13 but they skimp on decent food and legroom. It says something about the industry, doesn't it?

It might also be economical thinking behind it: Many people in the west do not want to sit in row 13, so leaving it completely out makes it one less special wish customers can utter (and therefore one less thing the airline has to care about).

Source: Worked beside my studies at several places. One was a European airline's help-line. They had no. 13 and we had an incredible number of calls of people asking to be re-seated... Not having a 13 solves this problem entirely.

By the way: I find your wording in the question very aggressive towards people with this issue. It sounds like you considered them dumb. In fact it is people of high intelligence who tend to be neurotics of this kind. I had a professor back at the ETH who hated the number 17. He's well-renowned and well-known in his area but wherever he goes, he will never sit on seat 17, in row 17 or reside in room 17 (or even just ending in 17).

It's essentially 100% free for an aircraft production team to skip row 13 and go straight from 12 to 14, when numbering. Why would you not do this, and risk upsetting a minority of your paying customers who may have a less enjoyable flight because they are superstitious? It isn't particularly relevant whether you think it's silly: it's a cost-benefit thing.

Consider that in Italy number 17 is also an unlucky number. This is why Alitalia (amongst others) removes both rows 13 and 17.

I don't know about airplanes, but I believe it is the reason why hospitals do not have any room labeled as room 13 on any of their floors. Room 413 on the 4th floor is labeled as room 414.

I can only assume that patients who are already anxious about their illness will reach out for an excuse, no mater how absurd, that might be hindering their recovery, and therefore they result in having Triskaidekaphobia. It is their attempt to find something to blame.

Hospital administrators do not want to be constantly handling complaints and requests from people asking to be moved to another room, so they simply have no room 13 to begin with.

Not the answer you're looking for? Browse other questions tagged aircraft-design passenger boarding or ask your own question.

7
What's the minimum roll rate a commercial airliner would have with maximum aileron deflection?
12
Can we eliminate the center tank of large passenger planes?
8
Do some flying techniques wear aircraft out quicker than others?
18
Why does the C-2 left inboard stab not have a rudder?
33
Why does the A380 not have front windows on the top floor?
13
Why does the Antonov AN-225 not have any winglets?
7
What is the aerodynamic reason that the An-225's vertical stabilizers are not simply vertical?
1
Why does the moment coefficient for angle of attack = 0° not have to be negative?