How exactly do the Beechcraft 1900's stabilons work? 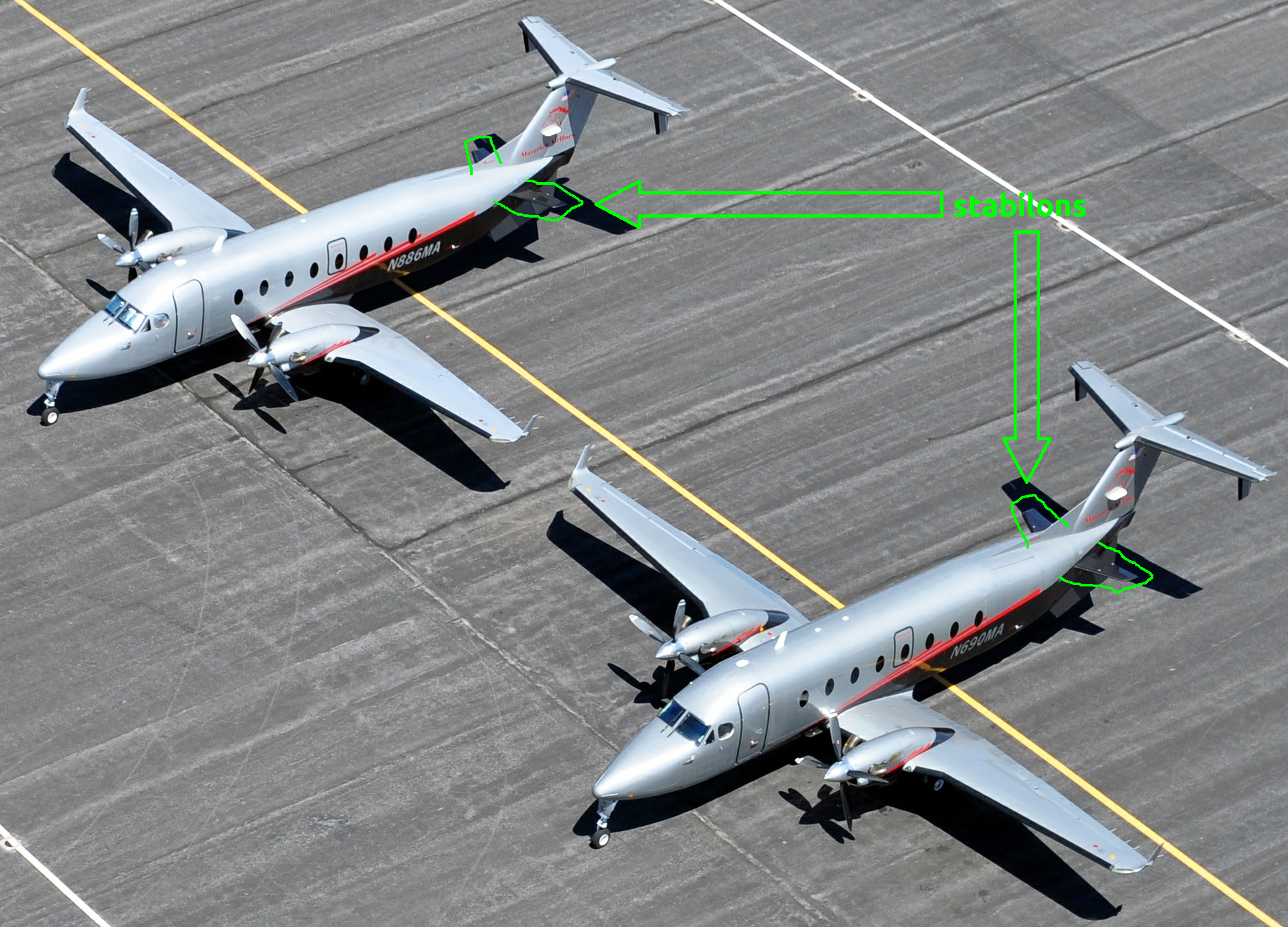 How, exactly, do the stabilons operate? Are they fixed structures? Do they move up and down to trim the aircraft? Do they move along with the elevators when the pilot commands a pitch input?

The stabilons are fixed surfaces that add effective stabilizer area to improve the center of gravity range, and also, by their location, add that additional surface area in a low location that mitigates the tail blanking problem you get with T tails.

So they would have just increased the area of the existing stabilizer, but that didn't fix the stall issues which are inherent to the T tail. You could say that they added extra area as needed, and "de-T-ified" the configuration somewhat in the process by putting extra surfaces down low to provide a more positive pitch recovery than is provided by the existing T tail. A clever application of a band-aid solution that fixed two separate problems at the same time.

For the general principle, see: How does an aircraft tailplane work? With the stabilon in the downwash of the main wing, this helps reduce the total lift per area of the combined tailplanes for more stability.

44
What is a 'deep stall' and how can pilots recover from it?
27
How does an aircraft tailplane work?
11
What are these fins on the Beechcraft 1900?
3
What is the purpose of the extra horizontal and vertical surfaces on the tail of the Beechcraft 1900?

8
How do canard flaps work?
8
How do X-shaped control surfaces work?
11
What are these fins on the Beechcraft 1900?
4
How safe is the Beechcraft 1900?
8
Is there anything wrong with this more symmetric aircraft design, and why isn't it used?
4
What are the performance adjustments for a Beechcraft B1900D on a wet runway?
5
On coaxial helicopters, how exactly does the yaw mechanism work?
3
Why does the Cessna 208 Amphibian have extra tail surfaces?