Are planes flying at night in Papua New Guinea?

I was watching the old TV show Destination Truth and the host Josh Gates said that no planes fly after dark in Papua New Guinea, is what he was saying fact?

(a) Each powered aircraft with an airworthiness certificate operated by night shall be equipped in accordance with 91.509 and have—

(b) An aircraft equipped with a third attitude instrument indicator that is usable through 360° of pitch and roll does not need to be equipped with a means of indicating rate of turn.

However, as @Pondlife pointed out in the comments, flying VFR at night is only allowed in the vicinity of the airport:

Any flights further away will require flying under IFR at night.

Searching through the playback feature of flightradar24, I found a night flight from Moro to Port Moresby performed in a King Air just a few hours ago: 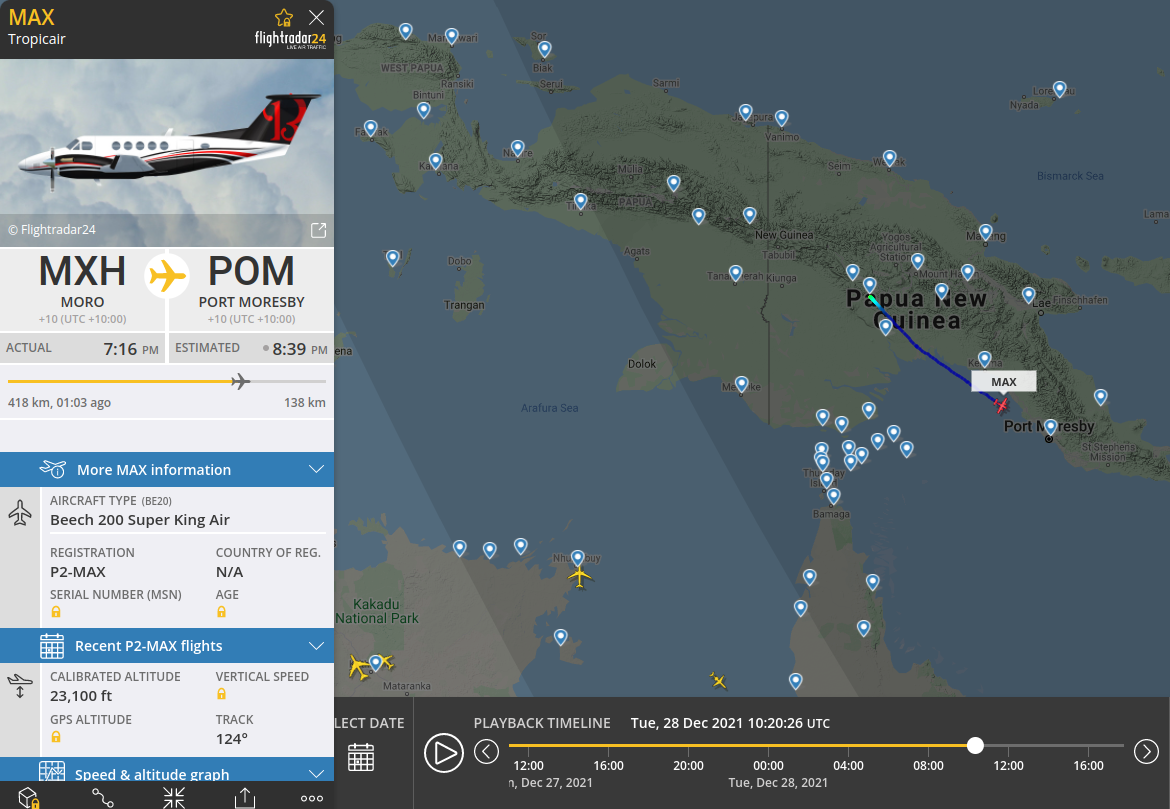 Not the answer you're looking for? Browse other questions tagged night-flying papua-new-guinea or ask your own question.

24
How hard is it to fly with night vision goggles?
22
During night flying, which color lens for a flashlight is most beneficial?
18
Is flying during the day safer than flying at night?
9
Does any country issue daytime-only commercial licenses?
16
Are landings easier during the day or at night?
13
What is the best procedure for landing at my destination if I have a full electrical failure at night?
6
Can I do a VFR night sightseeing flight in Europe?