What is the difference between the series and parallel yaw-damper systems for the 707?

Some excerpts from the Pan Am 707 AOM indicate that the 707 can have one of two different yaw-damper systems, "series" and "parallel", with differing capabilities:

The series yaw damper is always ON. On parallel yaw damper airplanes the yaw damper should be turned on when comfortably airborne (1000 ft. suggested). Remember to trim and release rudder pedal forces before engaging so that the damper has the proper neutral point.

An FAA notice sent out following a 1969 707 crash also mentions this difference:

[...] EITHER OF THE FOLLOWING PILOT ACTIONS WILL IMMEDIATELY RELEASE THE TAB LOCK LEVER WHICH MECHANICALLY LINKS THE CONTROL TAB TO THE RUDDER PEDALS FOR MANUAL RUDDER OPERATION:

What is the difference between the series and parallel yaw-damper systems, and why do they have differing operational limitations? 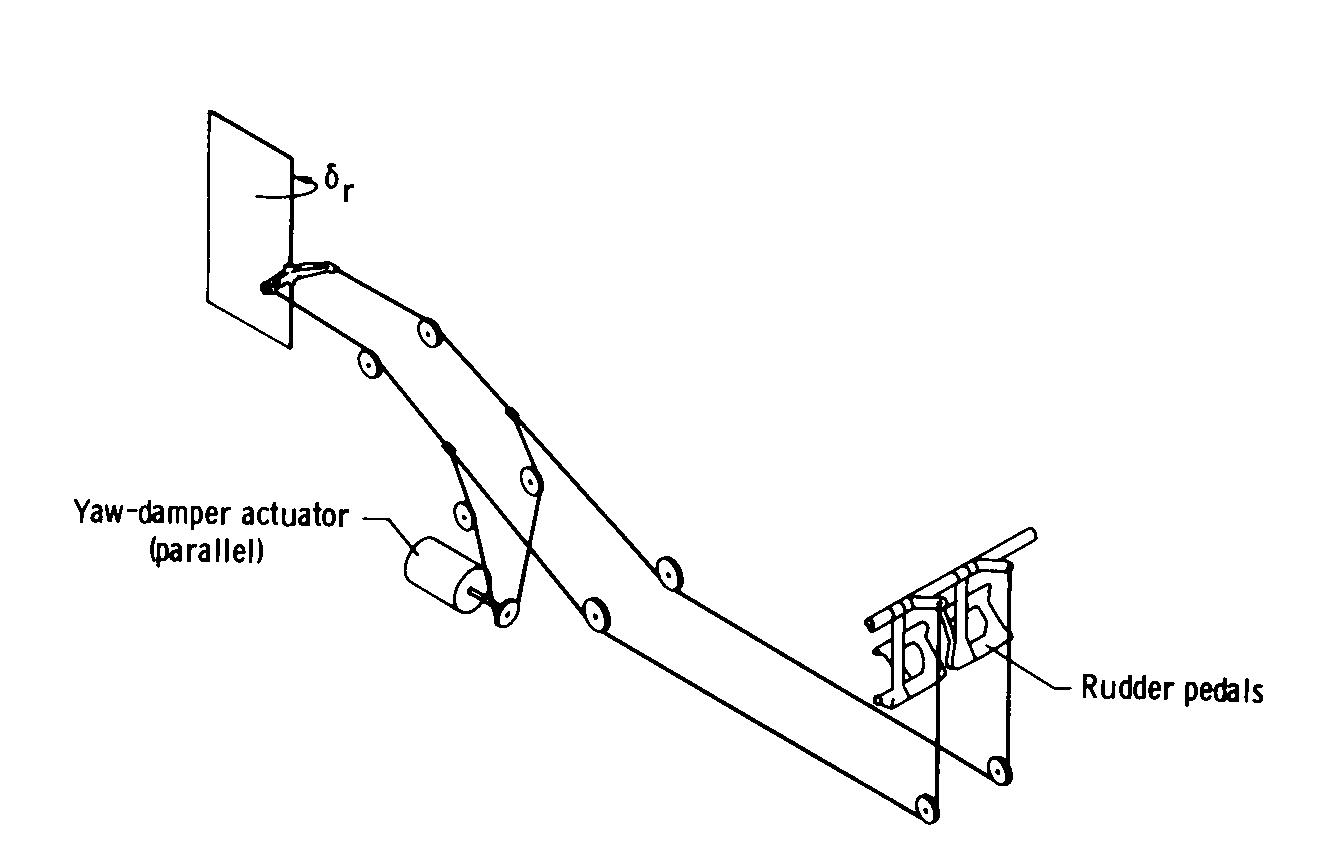 The parallel type moves the control cables and thus the pedals. This makes the parallel work against a rudder input for example when an engine fails, and that's why it's turned off before trimming, and turned on when airborne (it would counter the pilot's yaw input when an engine fails during the takeoff run).

The series is in series and doesn't have the above issues. 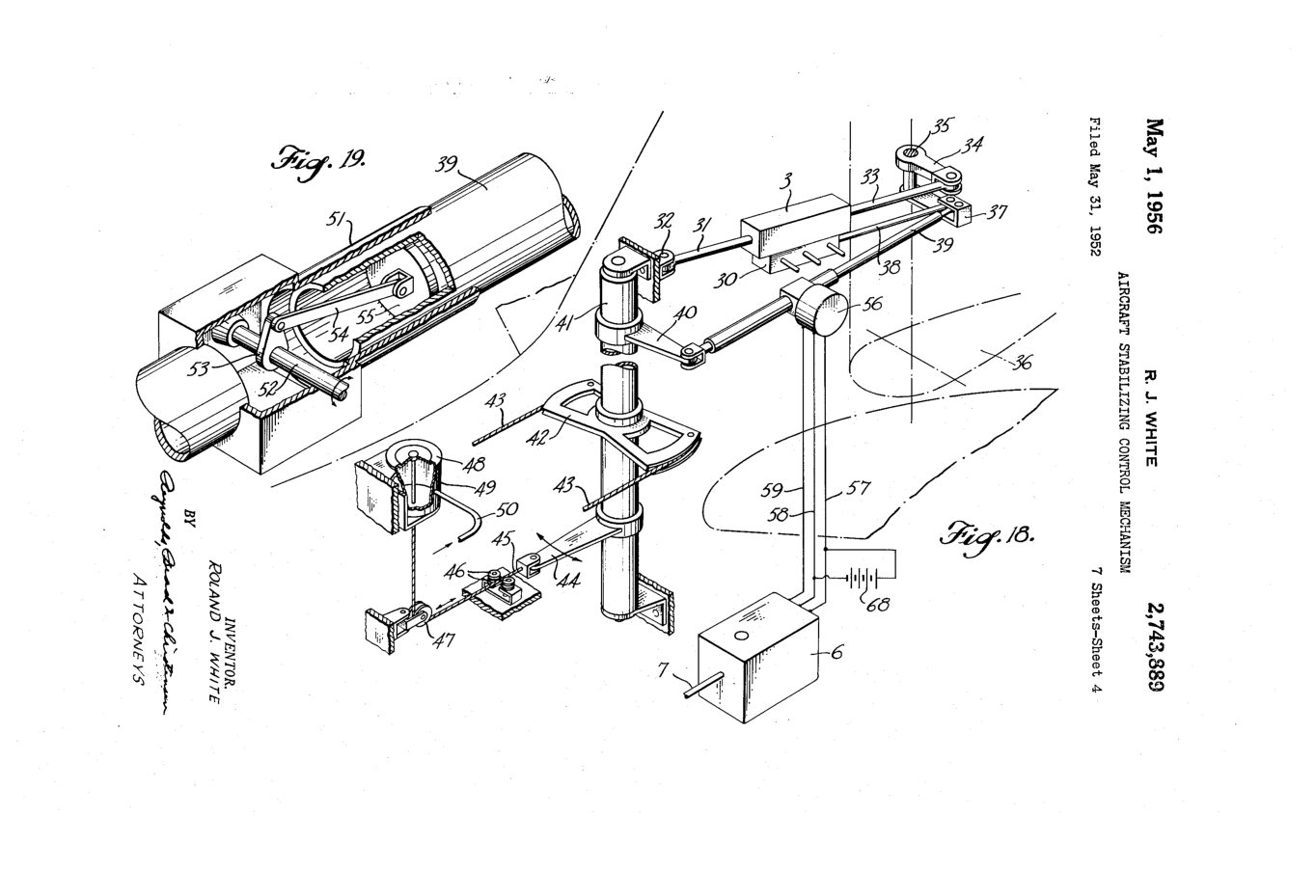 The schematic is from Boeing's patent; exact implementation may vary, but the principle remains

The gist of it is this: yaw rate (from a bob weight or rate gyro) is sent to a motor (56) that changes the length of the control rod (39) that controls the hydraulic actuator (3) moving the rudder. This lengthening/shortening of the rod is how the rudder action is not fed back to the cables (43), and also explains why when the powered rudder is turned off (manual reversion), the rudder needs to be recentered by force (as happened on that accident).

Although only slowly divergent, the 707's Dutch rolling always needed a counteracting yaw damper, and even with that, it still gently weaved its way around the world. Later versions had a series unit which applied imperceptible corrections, but our early marks had a parallel damper, so the rudder pedals moved with its inputs. Because it would oppose any rudder applied to counteract the swing from a failed engine, it was only engaged after the flaps had been retracted on climb-out, and was disengaged in the event of engine failure or during the landing check on final approach. Many over-loaded neophyte co-pilots would respond to the landing checklist prompt of 'Yaw Damper' not with "Disconnected" but "Roger, my damper". (707jet.com)

The serial yaw damper would do its job, wit the only noticeable result being that the aeroplane behaved in a stable manner in the yaw axis. The parallel one would move the pedal trim position while operating.

When turning OFF rudder power while the serial yaw damper is still commanding a rudder deflection (unbeknownst to the pilot, since they are not aware of its output), there will be a large jolt on the pedals when they are suddenly loaded with airforces, resulting in a surge in yaw deflection.

Not the answer you're looking for? Browse other questions tagged aircraft-design terminology boeing-707 yaw-damper or ask your own question.

17
How does envelope protection work in Airbus vs. Boeing aircraft?