Why don't most planes fly in a straight path? [duplicate]

The community reviewed whether to reopen this question 7 months ago and left it closed:

Duplicate This question has been answered, is not unique, and doesn’t differentiate itself from another question.

Take a look at these images: 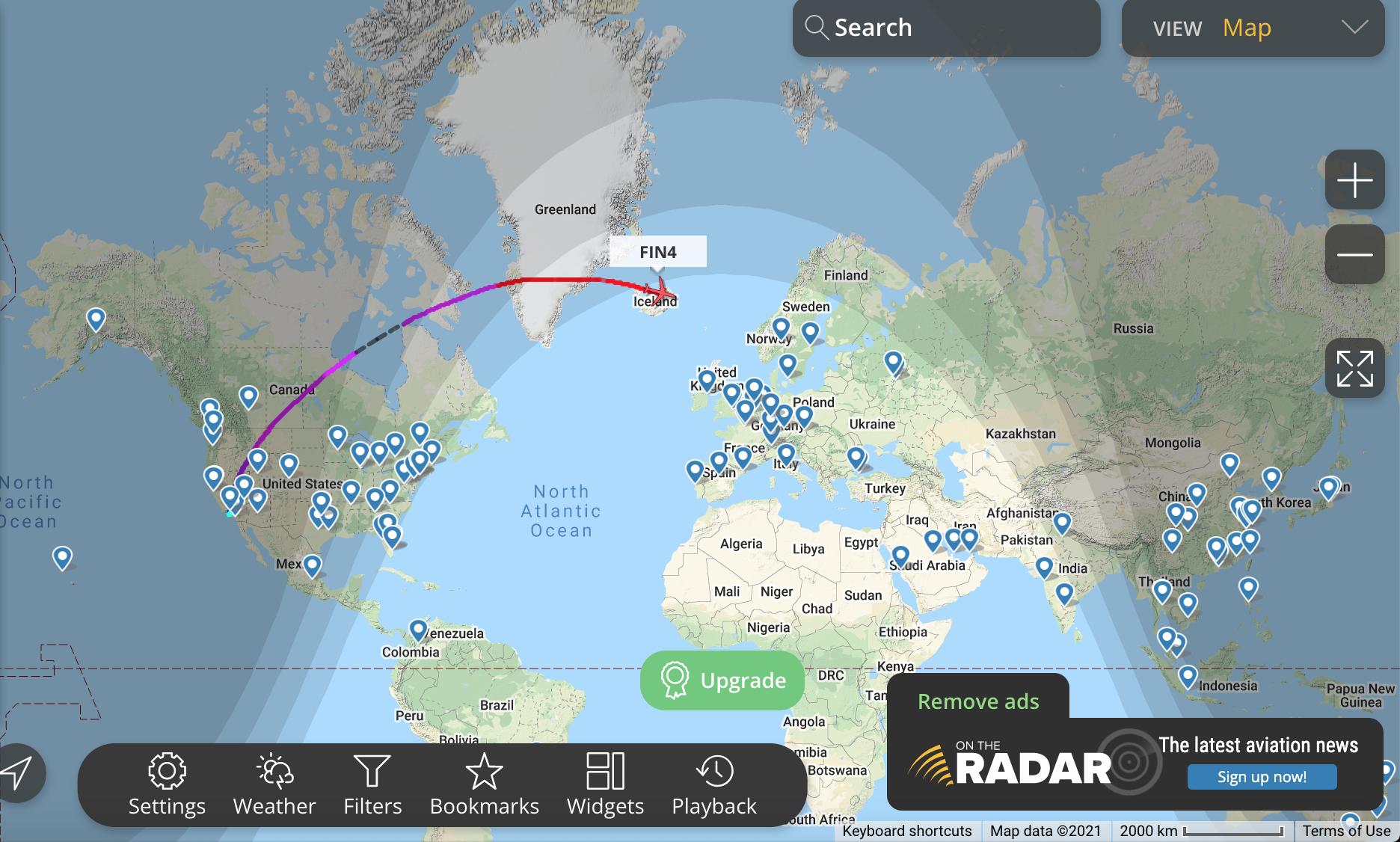 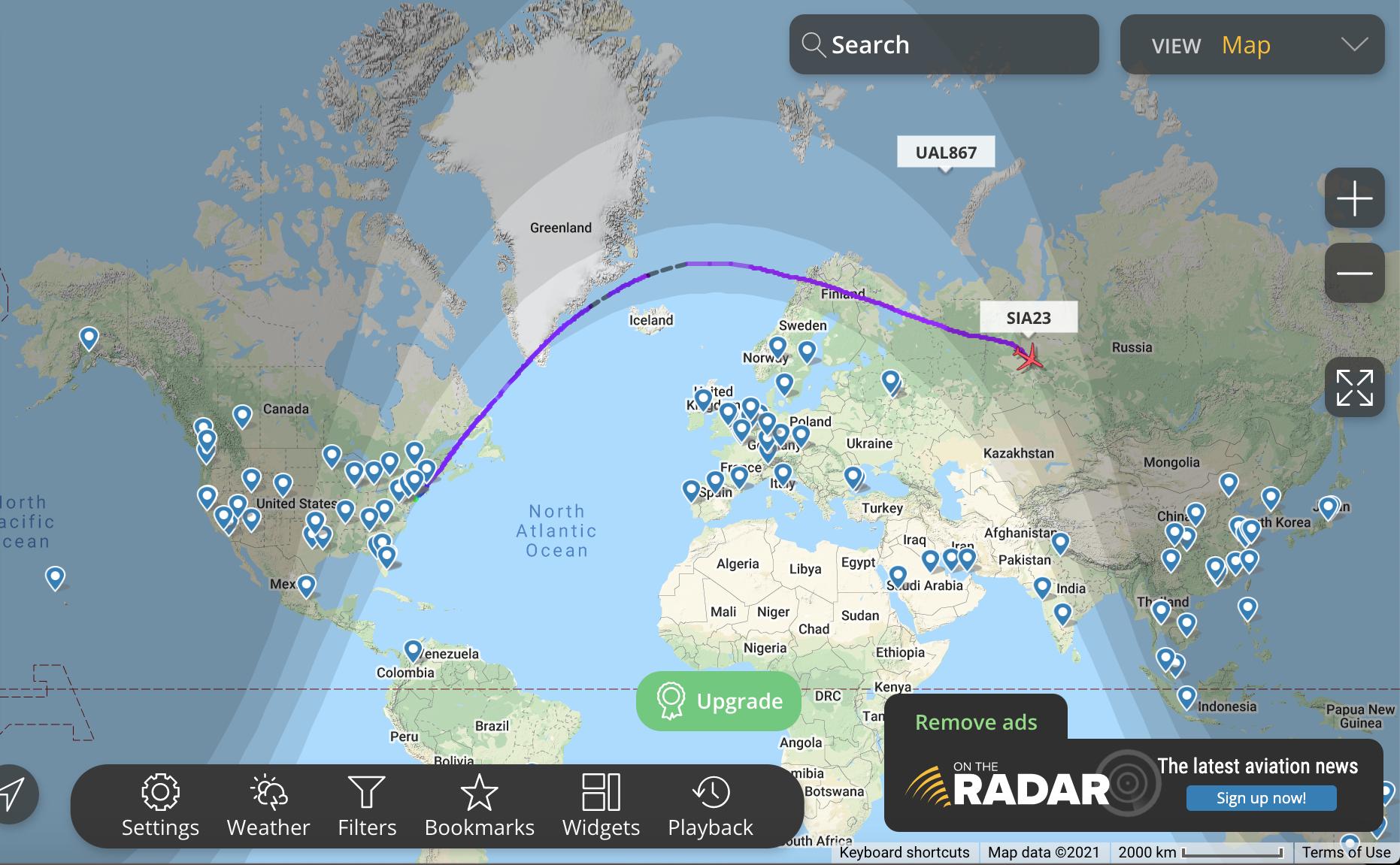 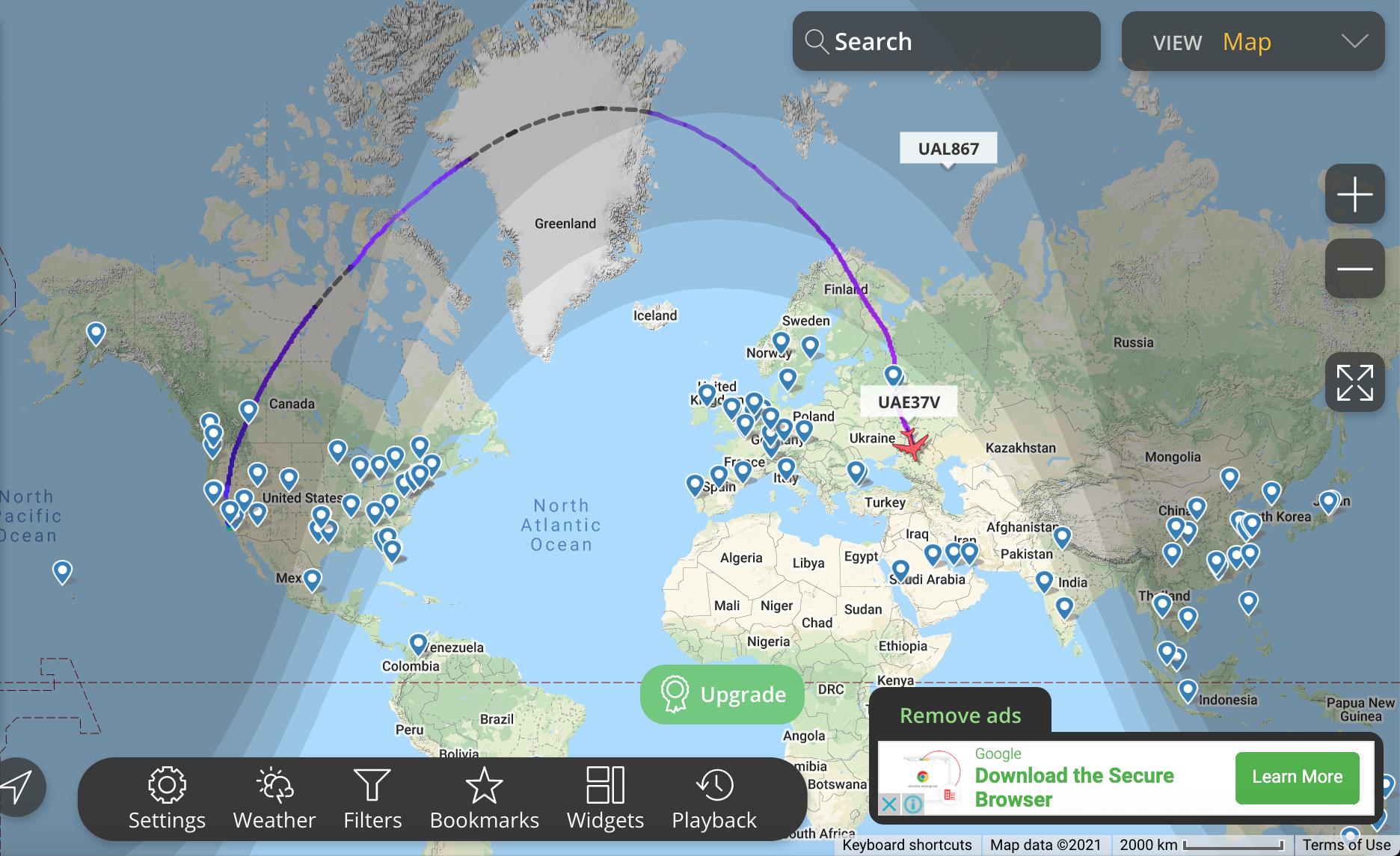 The routes on the screenshots are actually mostly straight.

It's true aircraft routes are not always the shortest paths, because other considerations count too, e.g. weather and the possibility of landing in case of a problem. Wind is a prime parameter, because it conditions fuel quantity and has a direct impact on airline profitability. Winds found at cruise altitudes are commonly about 200 km/h.

But the curves you show greatly exaggerate the curvature of actual routes. This problem is a map projection issue when converting the 3D spherical surface into a 2D flat representation. Nearly all maps used on websites use the web Mercator model, which is a standard Mercator projection, a projection on a cylinder tangent at the equator. So the only place the map is accurate is at the equator. As latitude increases, distortion increases too. It's nonsense near the poles where the meridians never converge, giving Greenland the size of Africa:

That is a straight path. It is the map projection being used that is curved.

This is because Earth is a round planet, not a flat surface, and creating accurate maps have always been a problem.

Take a globe and stretch a string between those two points and you will see that it follows the same path as the “curved” lines you have shown.

As you know, Earth is not flat, but is rather close to a sphere.

So "the shortest path between two points is a straight line" does not actually work. The straight line between those two points would go through the Earth, which is quite challenging for most aircraft (!).

The shortest path between two points on a sphere is called the "great circle route". It's the intersection of a plane going through the centre of the sphere and the two points with the surface of the sphere.

Now, mapping a sphere to a flat surface is quite a challenge. Take a soccer ball, cut it in half, and try to lay it fully flat. Good luck. Or try to wrap a basketball with a sheet of paper without any wrinkles or tears. Not going to happen.

There are many different ways of doing that (called projections), which all have different properties, usually trying to conserve either distances or areas or angles, but never all of them at the same time (even though lots of people have tried and some maps are really funky. Just think about the poles: meridians on a sphere all converge to a single point (the pole), while meridians on many maps (and definitely on those you are used to, which use the Mercator or Web Mercator projections like the ones in your exemples) are parallel.

This distorts the representation of the route on the map.

Here's an example, generated with the Great circle mapper.

Your first route is roughly LAX to KEF. If you use an orthographic projection it does look like a straight line:

If you look at the points it goes through (e.g. intersections with state or US/CA boundaries or coastlines), you'll see that it's the exact same route, just viewed differently. You'll also see that it's quite close to the route on FR24. The remaining differences may come from:

A few more examples of routes which are straight but don't like they are:

Not the answer you're looking for? Browse other questions tagged flight-path flightradar24 or ask your own question.

24
Explaining a "Great Circle Route" to young Civil Air Patrol cadets
24
Why are westbound transatlantic routes located hundreds of km away from eastbound routes?
25
Why was Pan Am Flight 103 flying over Lockerbie?
9
From an ATC perspective, what is an "arrival gate"?
5
Can longer paths consume less fuel than the (shorter) great circle path?

106
Why do airlines follow these routes between Barcelona and Düsseldorf?
8
Are there any widely applicable models for plausible aircraft auto-routing?
3
Why is the flight path from Taipei to Tianjin not a straight line?
3
Where can I find the planned and flown paths for certain flight routes?
6
Why has flight UA106 such a strange predicted flight path?
24
Why are westbound transatlantic routes located hundreds of km away from eastbound routes?
17
If an aircraft flies straight ahead, does it follow an orthodrome/great circle?
14
Why would FlightAware show this meandering flight path?
2
Is it legal/possible to request a flight-path change from Domestic to International minutes after take-off, for a privately owned jet?