An airfoil section in a wind tunnel has many static taps on its upper and lower surface. These static ports can only read static pressure which acts perpendicularly to the local airfoil surface.

Can you please explain with an example from start (pressure measurement) to end (calculated forces) how this procedure looks like? (Are the experimentally measured pressures at static ports given in relative or absolute pressure?) 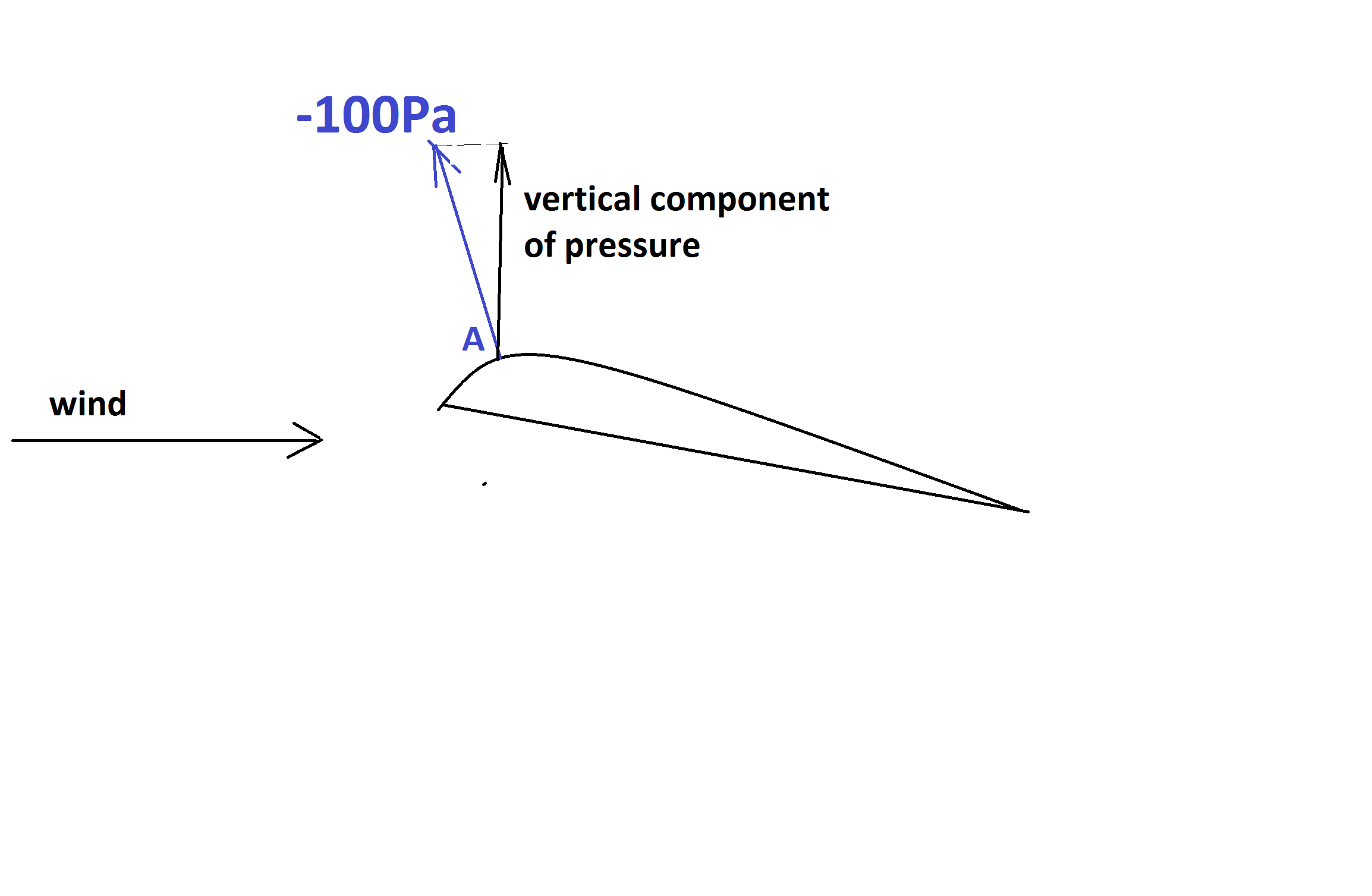 Angle theta is different for every place at airfoil surface, so it cant be one theta from leading edge to trailing edge. Where is here function that describe airfoil top and bottom contours? That function will give us local surface inclination

You're correct, pressure is a scalar entity, while force is a vector and has both a magnitude and a direction. The pressure ports are a measure of total pressure magnitude only, direction information is not contained in them which is the basis of the question.

For directional information, we need to include:

Pressure acting upon a surface creates a force, which is always perpendicular to the surface, also mentioned in the second linked youtube video. So all we need to know is the inclination of the local area at the pressure port. Which we do know, because the profile shape is defined, for instance the NACA 4-digit series (from wikipedia):

Plot of a NACA 2412 foil. The camber line is shown in red, and the thickness – or the symmetrical airfoil 0012 – is shown in purple. The simplest asymmetric foils are the NACA 4-digit series foils, which use the same formula as that used to generate the 00xx symmetric foils, but with the line of mean camber bent. The formula used to calculate the mean camber line is[4]

I've drawn one force vector F, resulting from the local pressure acting perpendicularly on the surface. There will of course be hedgehog of force vectors all pointing in a different direction - to make sense of it all, they are decomposed into a lift component and a drag component

So how would the integral "know" in which direction the pressure acts?

The integral can only integrate in one coordinate direction, so this will tell it what to do. If you integrate over the X coordinate, you will integrate the full pressure over the X projection of the airfoil surface. This will automatically give the lift component only.

Of course, as you correctly observe, the pressure at point A acts on an inclined part of the contour, so it contributes both a lift and a drag component.

Not the answer you're looking for? Browse other questions tagged aerodynamics theory wind-tunnel or ask your own question.