What inspired the unique design of the F-105 Thunderchief intakes?

The horizontally forward-swept intakes of the Republic F-105 Thunderchief is not a design emulated in other production aircraft of the time, or I think at any time.

If viewed as a more typical intake shape turned 90° it is a little less startling. What was the thinking behind this unique feature, and why was it never copied? 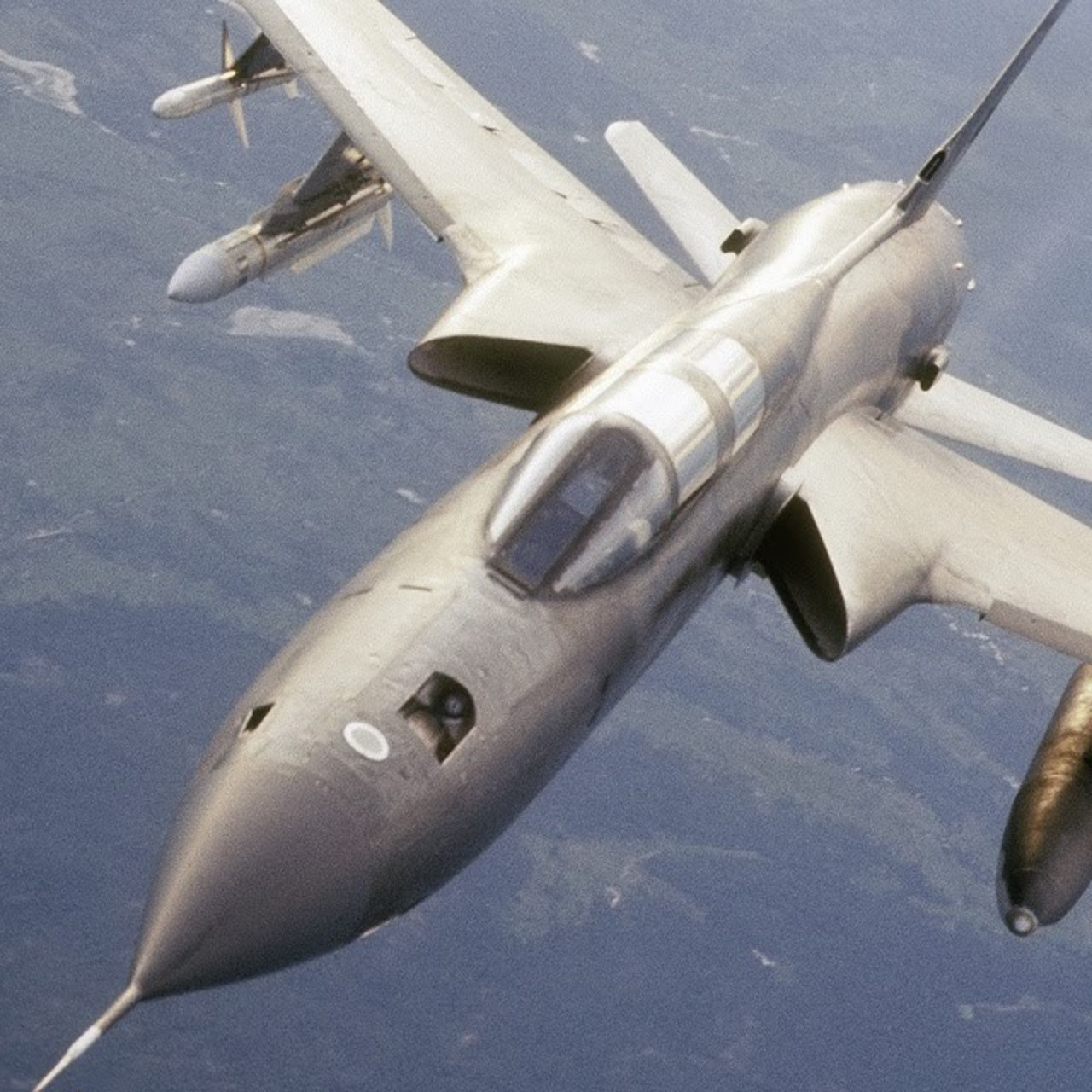 The inlets look like optimal Oswatitsch inlets. Pics in this post are from prof. Wittenberg's course handout on Propulsion of Aeroplanes, Dictaat D-32, TU Delft (in Dutch). Translated (by me) text explains:

Intake efficiency ${\eta}_R$ can be increased by shaping the intake body such that multiple oblique shock waves occur, followed by a normal shock wave. This has led to the idea of achieving isentropic compression via a concave shape, formed such that the compression wavelets (very weak oblique shocks) intersect each other in one point.

This type of inlet has been called the optimal (ideal) Oswatisch inlet after the researcher who during WW2 in Göttingen performed theoretical and experimental research on supersonic intakes.

So this intake design leads to optimum inlet efficiency, but poses two difficulties: 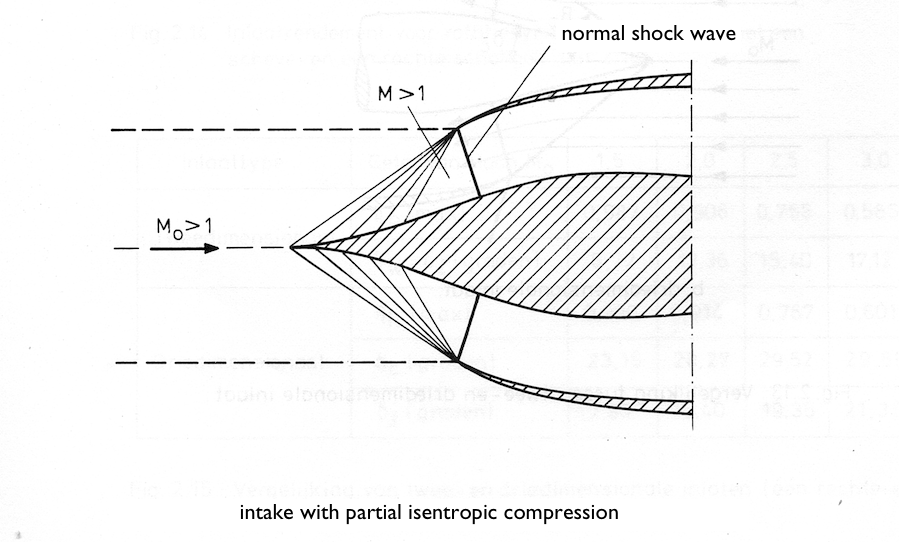 For these reasons, supersonic intakes with variable geometry and partial isentropic compression were designed, and used in subsequent supersonic aeroplanes. As shown in the pic above. The normal shock wave is the only source of loss in this set-up.

@PeterKämpf linked two pics in a comment, showing some more details of the F-105 intakes: 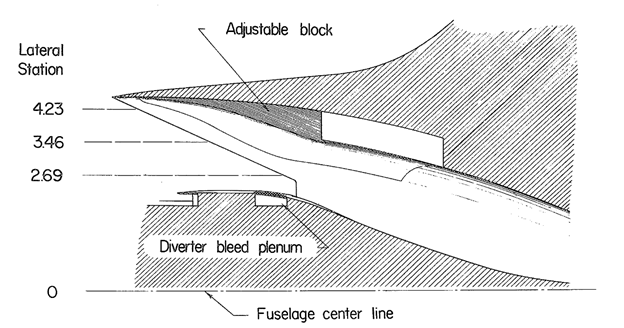 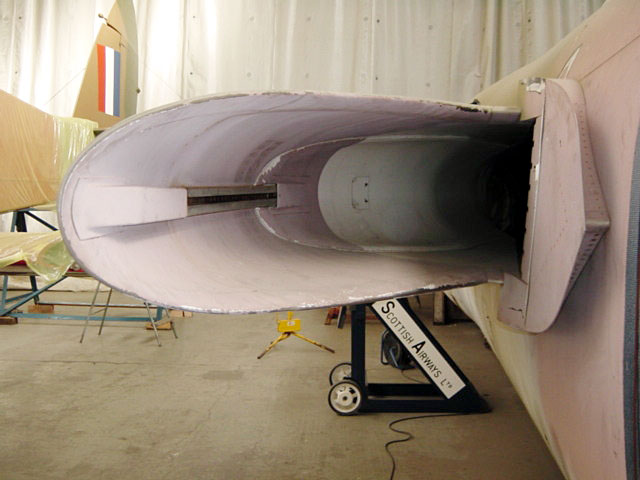 An adjustable strip can be seen in the last photo, providing some adaptability in intake characteristics.

A further link provided by @mins to this NACA document, where several inlet configurations are measured. The drawing above is from the report, which discusses several intake configurations researched pre-production and it does not provide any statements on variability of the geometry. From the abstract:

Not the answer you're looking for? Browse other questions tagged aircraft-design jet-engine aviation-history or ask your own question.

12
Do aircraft engine intakes require air filters?
12
Do any manufacturers have plans to use turbojets in future aircraft? What is the state-of-the-art in turbojet design?
17
Why are the intakes of some fighters not attached to the fuselage?
12
What is the difference between side-by-side vs under-cockpit engine intakes?
1
Advantages and disadvantages of air intakes above fuselage/wings in jet fighters?
2
Who should design the nozzle of jet engines on aircraft?
1
What exactly is engine design speed?
24
How exactly did engineers come to the final design of jets like the F-16 or SR-71?