What is the speed the fan blade would go if it would separate from the shaft with the engine at full throttle?

I'm making a simulation of a blade separating from the shaft to test the case of the engine, but i don't know what speed should i put on the blade to go outwards the case, anyone has any idea how to measure this? thank you

There is no simple answer to this question, but you can take a mean value of 300 m/s as Nasa does in this article.

The tip of a fan blade has a linear velocity of more than the speed of the sound for a modern engine (e.g. 420 m/s). The root of the blade is a much modest velocity as the diameter of its path around the shaft is small. So the tip and the root won't have the same velocity when the blade departs from the fan disk. 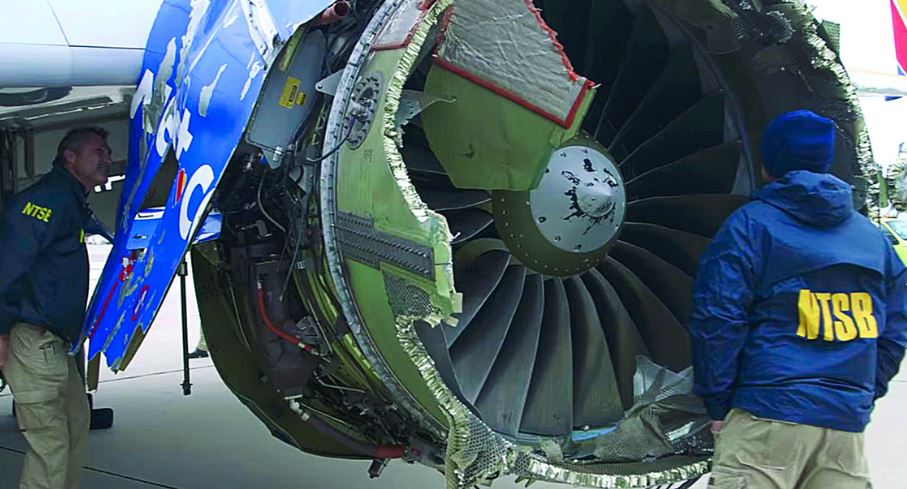 You can compute the actual velocity at any point of the blade, it's the product of the perimeter of the point path and the rpm: $v = \pi d * rpm / 60$, in m/s if the distance d is in m.

What counts now is how is the blade mass distributed between these two ends. A fan blade has a large part of its mass in the outer half. This mass will pull the other half. As the blade is rigid, velocities will equalize at a mean value, and at the same time the blade will rotate around it's center of gravity.

31
What would have happened if the jet engine on my aircraft had ingested caulk from the pavement?
5
What are the limitations of using a single shaft between the compressor and turbine in a jet engine?
37
Can supersonic conditions be replicated on the ground?
4
What is the purpose of blades on a compressor?
13
What engine are these fan blades from?
1
What are the main sensor value that cause High pressure compressor fault in turbofan engine?
20
Why do uncontained engine failures still occur?
4
How would exhaust heat recovery into the combustion chamber affect the efficiency of a jet engine?
6
What turbine temp. would result from burning pure stoichiometrically?