Can someone identify this warplane silhouette?

I saw this picture today in a news article about the current conflict in Iraq/Syria. 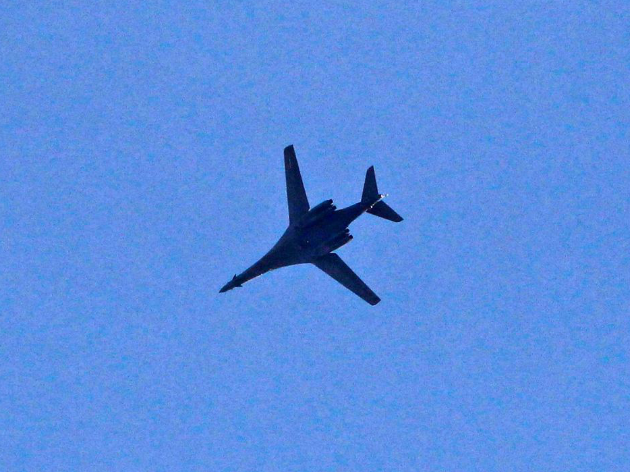 The caption claims it is a US warplane, but I don't recognise the silhouette. Can someone identify this plane?

It is a 4 engine (afterburning engines mind you, very rare for a bomber) variable sweep wing bomber, designed during the Cold War to use its terrain-following radar to stay low and fast, weaving between the mountains of Russia to stay below radar to deliver nuclear warheads.

It carries more bombs than the B-52 as well.

Essentially, it is a bomber built like a fighter. It is actually the only swing-wing aircraft in the entire US military right now.

Fun fact: The canards near the nose aren't for control. Because the aircraft is flown by autopilot using terrain-following radar (TFR), weaving into and out of mountains, autopilot makes many quick pitch adjustments. The canards are to cancel out sine waves in the structure of the fuselage.

It can carry a whole lotta' bombs:

I leave with my current desktop background: 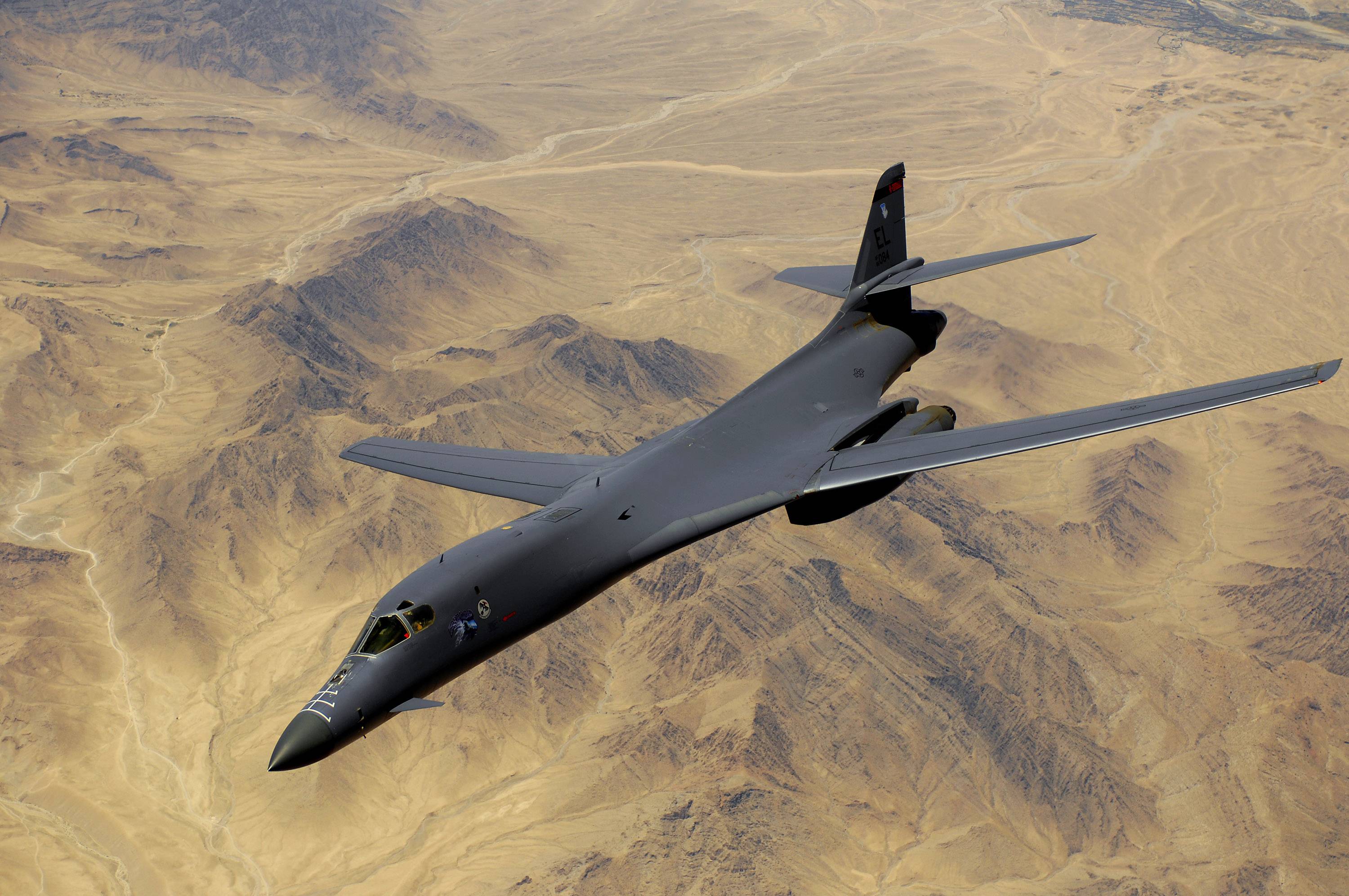 I'm surprised to see it over Iraq, I thought they were using smaller attack aircraft, F-15E's for example. The B-1 is a substantial (and, I can report, extremely loud) bomber with a big load.

They US have been flying them since the mid-80's.

Not the answer you're looking for? Browse other questions tagged aircraft-identification bomber strategic-bomber or ask your own question.