Ask Question
Asked 9 months ago
Modified 9 months ago
Viewed 142 times
0
$\begingroup$
This question already has answers here:
How to estimate the altitude of an aircraft at a given distance from a runway? (4 answers)
Closed 9 months ago.

Please assume the elevation of airport to 2000ft ASL. Under what conditions ATC might mandate aircrafts to fly at lower altitudes? What might be approximate speed at this distance? 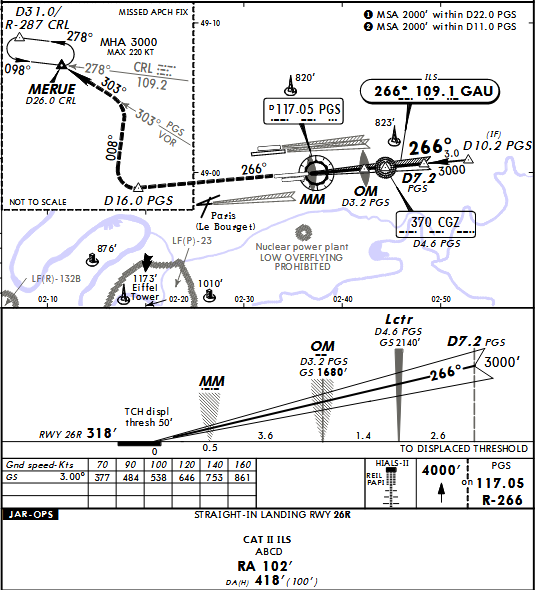 In addition there are obstacles, and there is an indication on the plate: MSA 2000ft within D22.0 PGS. It means the minimum altitude which can be selected by a pilot within a circle of 22NM radius around PGS navaid (located at the airport) is 2000ft. Below this altitude there are obstacles outside of the approach path.

But as commented by @Bianfable, ATC may vector aircraft to speed up the landing, or to separate them. Vectoring means asking them to follow ATC indications instead of using a published procedure. This is not limited to landing aircraft.

In this case the aircraft may be instructed to fly at an altitude below the published one, but above the minimum radar altitude indicated on the first page of the documentation linked, in this case it's also 2000 ft until about the outer marker (OM) where it's 1500ft. 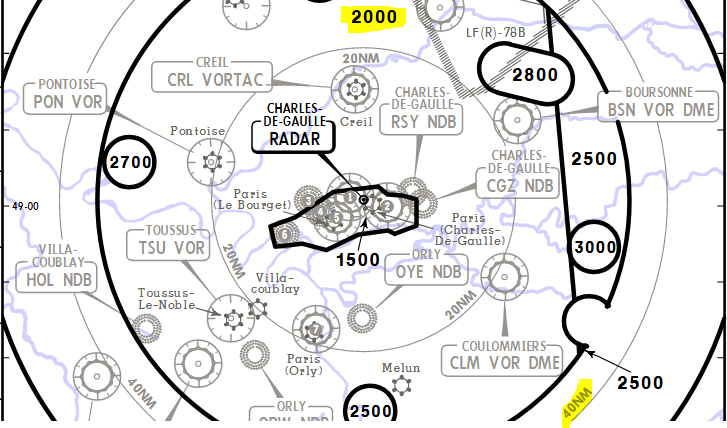 Note your question is difficult to answer as it cannot be assumed the landing is done in straight line, or the initial altitude is 3000ft (other approaches exist at this airport with a value of 4000ft as you'll see if your look at the linked documentation).

It will vary for a specific airport and direction of landing, and neighboring obstacles. A landing in a mountainous area might be different.

Not the answer you're looking for? Browse other questions tagged air-traffic-control commercial-aviation pilots airline-pilot air-traffic-management or ask your own question.

0
How to estimate the altitude of an aircraft at a given distance from a runway?

5
Under what conditions can a non-RVSM aircraft or pilot fly in RVSM airspace?
8
Can multiple airfields be in the same airspace?
10
How can I find traffic patterns that pass over my house?
5
How quickly should a maneuver be started when ATC gives new heading?
15
When ATC uses distances, are they using nautical miles or statute miles?
7
If an airliner turns back midway, how is the route planned?
3
At what altitude do pilots usually switch to departure?