What is the difference between "cruise" and "en-route"?

I have a little misunderstanding about the two concepts: Cruise and En-route. Could you guys help me to compare the similarities and differences between these two concepts, maybe in some aspect like air traffic controller or aircraft performance, flight mechanics, ... Its would be my pleasure to see some answer from you guys, thanks a lot.

As others have said, the terms are mostly synonymous when referring to an aircraft's phase of flight, with the meaning "the aircraft has leveled off at their highest desired altitude." But as there are a few specific meanings:

In general, you will need to be more specific about your context in order to see what exactly the terms mean and if there is any difference between them.

En-route, often written enroute has been always understood as the phase where the aircraft has completed the departure procedure and has not yet transitioned to the arrival procedure. During this phase aircraft are flying along "airways", medium and high altitude corridors where aircraft are "cruising", and are controlled by specific control centers.

But in order to make sure all countries and aviation organizations use the same wording, ICAO wanted to create a precise definition. The first goal was to have a common classification of incidents and accidents. ICAO enroute phase includes cruising:

Instrument Flight Rules (IFR): From completion of Initial Climb through cruise altitude and completion of controlled descent to the Initial Approach Fix (IAF).

Source: ICAO.
Anything using a wording like "whichever comes first" is to be taken for serious imho :-)

This phase of flight includes the following subphases

There are IFR Enroute Aeronautical Charts, used for the enroute phase of the flight, and there is an enroute control:

Source: What is a TRACON?

Cruise is flying at a certain engine economical regime, when the goal is mostly to cover the distance to the destination. Other phases include complying with noise regulations, using safe paths in busy areas, climbing, descending. During these phases the aircraft is under-performing from fuel consumption and speed standpoints.

Engine and aircraft manufacturers give to cruise a certain meaning, e.g. engines are optimized for cruise, this is where they are most efficient. 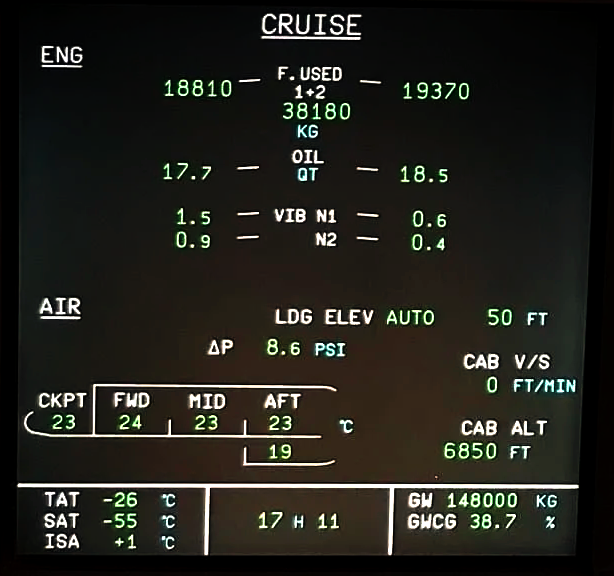 Aircraft are cruising in a clean configuration, that is all drag sources have been retracted. From Airbus:

ATC can issue a "Cruise" clearance. Not very often used anymore (the details aren't important for this question) but that would be a specific difference between the use of the terms cruise and enroute.

Not the answer you're looking for? Browse other questions tagged air-traffic-control aircraft-performance airline-operations terminology or ask your own question.