What navigation actions does a pilot take when simply told to "go around"?

In this recording of ATC during the 2008 crash of a British Airways Boeing 777 at London Heathrow the controller is heard to say "Qatari 011, go around".

How would the pilot of Qatari 011 know what actions to take in terms of which direction and level to fly at? Is it assumed that some other controller will direct the traffic to a holding area?

Depending on which country you're flying in, the specific approach may or may not have a defined missed approach procedure.

If the plane is flying a visual approach, then you're most likely not going to have a procedure to use when going around. The generally accepted technique is to either fly the runway heading and climb to a safe altitude, or enter the airport's traffic pattern until ATC gets back to you, but that's generally not a legal requirement.

If the plane is flying an instrument approach, the approach plate will include missed approach procedures. Of course, ATC may give you instructions on what to do if you have to go around, in which case, these instructions take priority.

Anytime an IFR aircraft, on an IFR approach, does a go-around, there is a published missed approach that must be followed.

(In some jurisdictions an IFR aircraft can be given a Visual Approach clearance and the published missed approach would no longer be valid in the case of a go-around during a Visual Approach).

In an ATC initiated missed approach, the missed approach procedure will be often be amended. If the aircraft is expected to return for landing, ATC may say something like: “Climb runway heading, maintain 5,000’, contact departure”.

Amending the missed approach procedure can be useful for maintaining aircraft separation and expediting the flow of air traffic in the area.

If no amendment is given, the aircraft will follow the published missed approach and hold as published.

In this case particular case, “Quatari 011 go around” was followed by “Quatari 011, standard missed approach”.

ATC would then give further instructions, or the aircraft would hold at “EPSOM” as published. 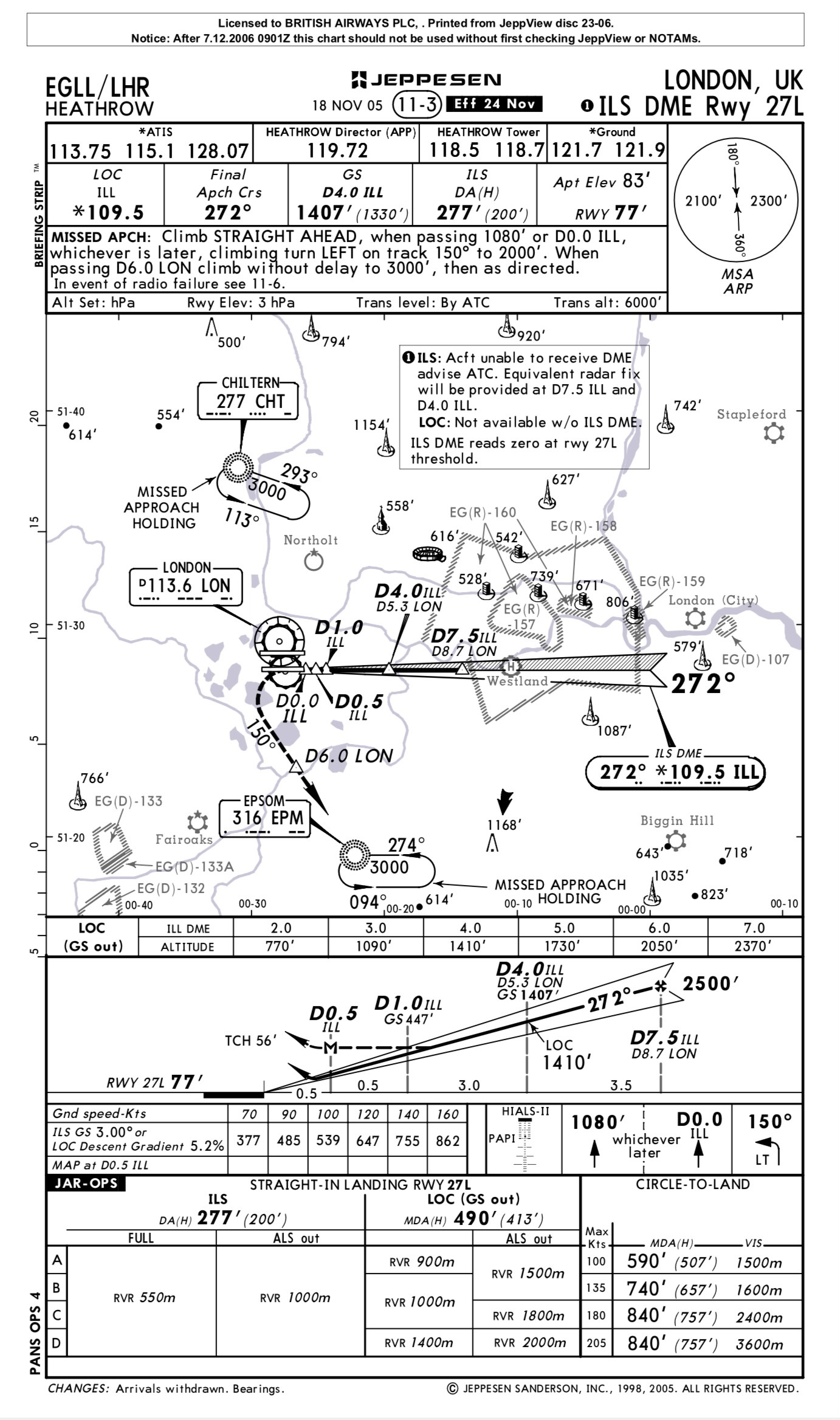 An instrument approach procedure is a combined route and set of altitudes that are designed to allow aircraft to navigate both laterally and vertically to a point where they can acquire visual reference to the runway environment and execute a landing (or, in the case of an autoland approach, to allow them to navigate all the way to the runway itself). As the other answers have said, a missed approach procedure is a part of that approach, and it is designed to allow the aircraft to navigate both laterally and vertically away from the ground and to a safe altitude in the event that, for any reason, a landing cannot be accomplished.

(A visual approach is a procedure where the pilot has the airport [or the runway environment or a preceding aircraft] in sight, and instead of navigating by reference to instruments to the runway they navigate by visual reference out the window. A visual approach has no missed approach segment;1 in the event of a go-around at a towered airport ATC will provide explicit instructions, and at a non-towered airport the pilot is expected to continue to navigate visually and land as soon as possible or else contact ATC for further clearance.)

Either there is a published procedure to follow (usual for controlled airspace) and there will be either company procedures and/or aircraft type specific procedures to follow.

What exactly the crew will do depends on the combination of those. Raise gear (if applicable), apply power, raise flaps (as needed), raise nose (if needed to increase climb rate), and either follow ATC instructions or the published procedures for a new heading and altitude to reconnect to the arrival queue.

Over Heathrow, no doubt there is an established procedure that the crew will have followed for course and altitude to take, as well as speed, until such a time that they're contacted by ATC to guide them into a hold or diversion airport (I'm not sure what the controllers at Heathrow decided after that crash, they could either bring in the arrivals on the single remaining runway, divert them to say Gatwick, or hope the delays won't lead anyone into a fuel emergency and let them circle while the damage is assessed).

Not the answer you're looking for? Browse other questions tagged air-traffic-control airliner navigation go-around or ask your own question.

0
What is the 'Downstream Clearance?'

19
What is an Inertial Navigation System? How does it work?
24
What does it take to turn a 747 around 180 degrees?
3
How does a pilot receive weather information when overflying the oceans?
3
Does go-around require more power than take-off?
4
What are ATC's considerations when they instruct to intercept final approach course instead of simply clearing for approach?
5
What action should the pilot take when a TCAS RA (Resolution Advisory) provides opposite guidance to ATC instructions?
7
What does a pilot mean when he tells ATC that he "has the numbers"?
9
What does "Raven" [phonetic] means when used by ATC?