How a takeoff decision point(TDP) for vertical takeoff vehicle is defined? 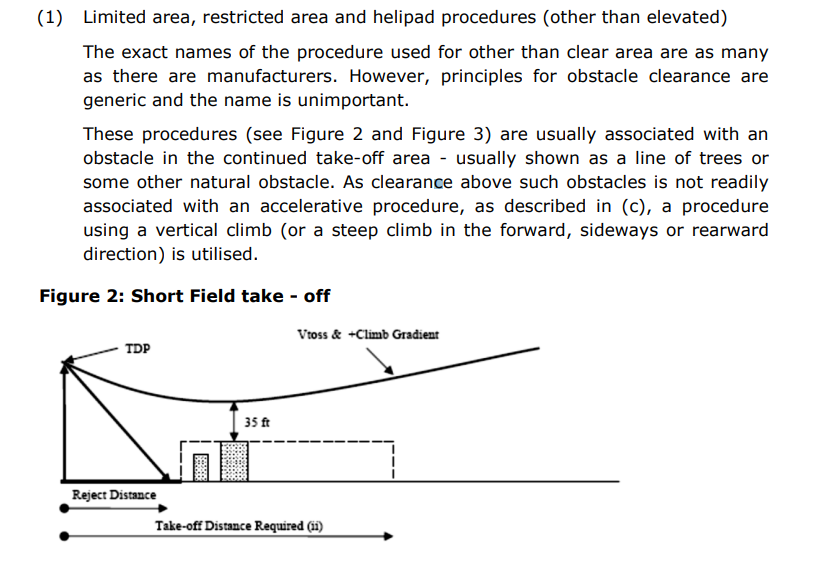 The TDP is part of the takeoff profiles provided by the manufacturer for any category A helicopter. Its height is selected based on helicopter performances determined by flight testing. Profiles includes a back-up takeoff used for small takeoff areas: 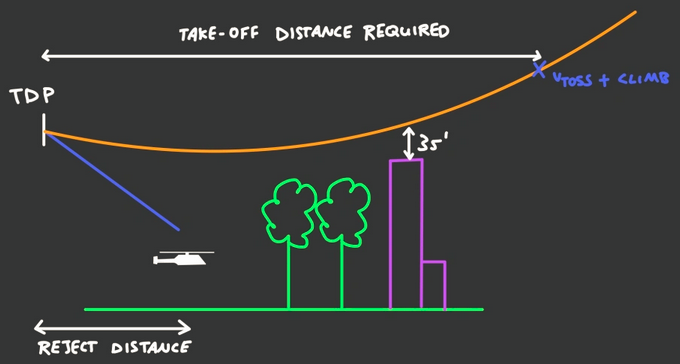 In this profile, the helicopter first moves backward to get away from obstacles, following a slope which angle is provided by the manufacturer. Height of the TDP can be increased up to a maximum, in order to meet both the minimal rejected takeoff distance and the minimal clearance for one engine out climb (amber curve), provided the rearward flight is remote from obstacles below (safety zone):

Helicopters are required to operate under a performance class, which determines how safe the operation is in case of single engine failure (OEI = one engine inoperative). TDP is associated with performance class 1 (PC1), which imposes a safe takeoff phase, with a safe climb in OEI after passing the TDP, and a safe rejected takeoff (RTO) prior to the TDP. PC1 TDP plays a role similar to V1 for in balanced field takeoff for planes. 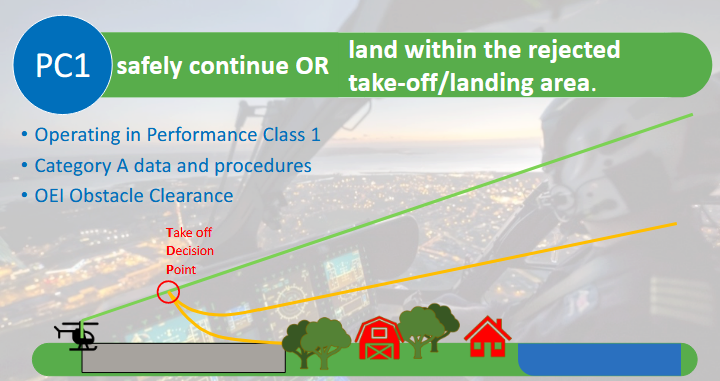 Helicopters belong to two certification category: A and B. A helicopters are those able to perform in PC1. For these aircraft the manufacturer provides takeoff profiles including a TDP. There are often three profiles: Runway takeoff where the helicopter leaves the ground in a short vertical climb before flying forward over a clearway, back-up takeoff where it flies up and backward until reaching the TDP, and then flyes forward above obstacles, and a vertical profile to takeoff from elevated helipads (like tower roofs) with low visibility on the lift off area.

By using the back-up profile (example), the helicopter can increase its height while maintaining the RTO distance to the FATO (final approach/takeoff area). After reaching the TDP, the helicopter can fly forward clear of obstacles to gain speed and reach VTOSS.

Regulation for Category A in the US

As an example of regulation requiring the TDP to be defined, let's take US/FAA. This regulation is based on recommendations from ICAO Annex 6, Part 3, from which this diagram is taken (10.7m = 35ft): 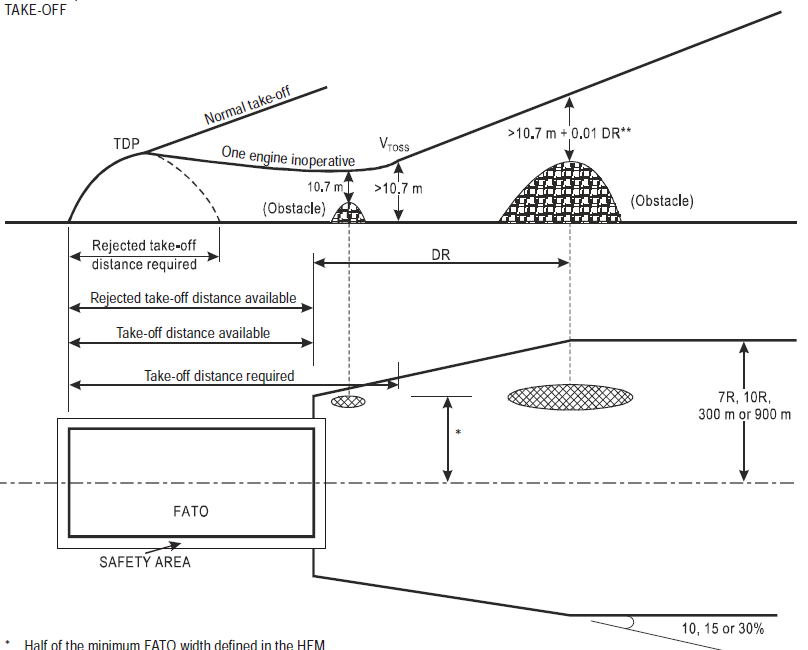 Category A takeoff performance must be scheduled so that:

(1) If an engine failure is recognized at the Takeoff Decision Point (TDP) or at any point in the takeoff profile prior to attaining TDP, the rotorcraft must be able to land safely within the established rejected takeoff distance.

Flight testing to determine the Category A rejected takeoff distance is very similar to height-velocity testing and should be approached with caution.

(2) If an engine failure is recognized at the TDP or at any subsequent point in the Category A takeoff profile, a continued safe climb-out capability must be assured. The continued takeoff for conventional Category A runway profiles is designed to allow acquisition of the takeoff safety speed (VTOSS) at a minimum of 35 feet above the takeoff surface and a positive rate of climb

Not the answer you're looking for? Browse other questions tagged helicopter vtol or ask your own question.

13
What is the purpose of this helicopter fin antenna?
3
What effect does cold weather have on helicopter performance?
42
Can a helicopter stand on the ground upside down on its rotor head?
29
Can a helicopter mask itself from radar?
4
How is lift transferred from rotor to chassis (or weight, the other way around)?
2
How are performance classes for helicopters/rotorcraft defined?
0
Are there any helicopters with tail rotors where slip-skid ball may be centered even when fuselage is streamlined to the airflow in cruising flight?
2
What methods are used for calculating maximum takeoff windspeed of a helicopter?
3
How does gross weight affect helicopter autorotation?
11
Why there is a descent segment during helicopter takeoff?