What does "military band" mean in this chart?

I'm reading the manual of J79 engine, and I just saw this chart: 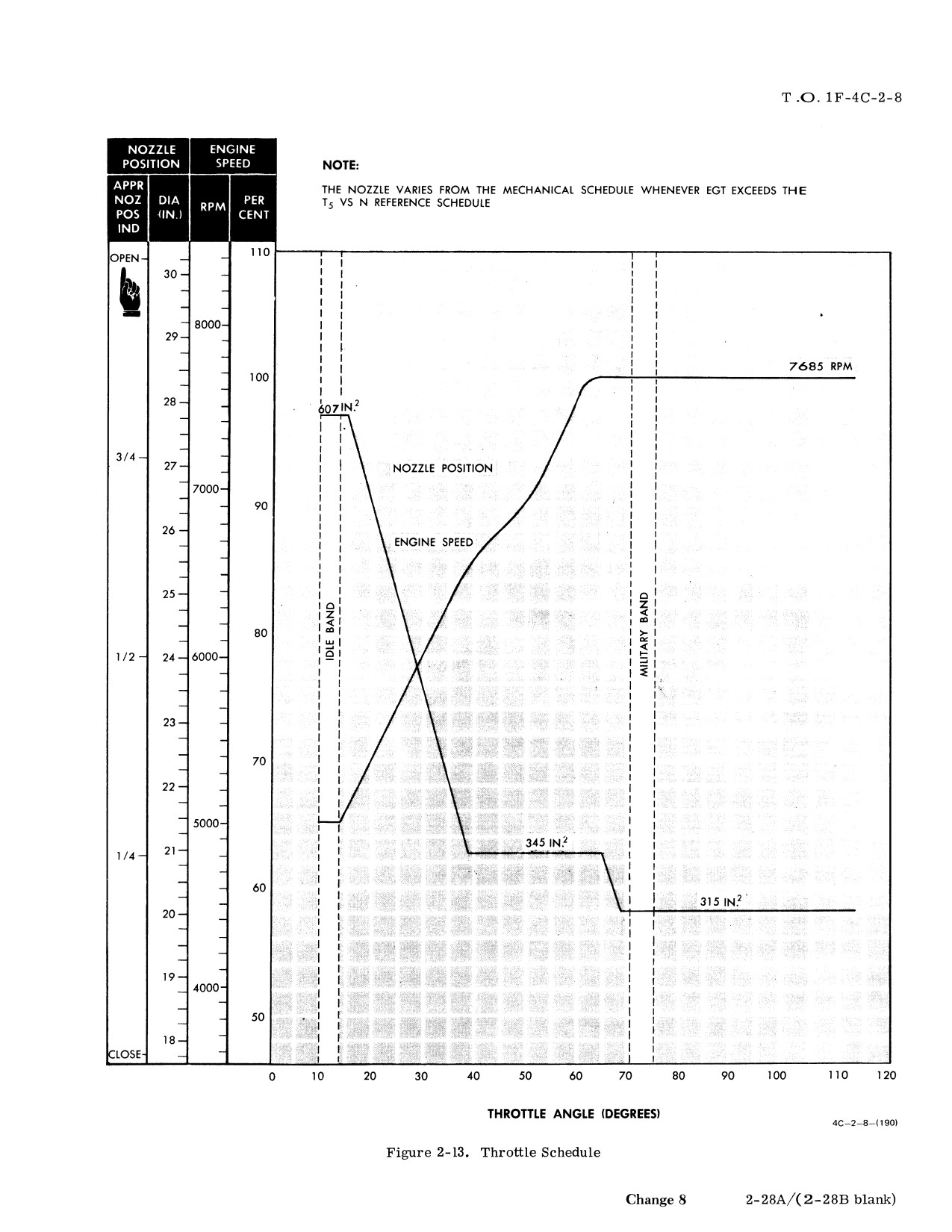 Does anybody know what "military band" means?

Military Power is the maximum rated thrust from the core engine, that is, without afterburner. The Throttle Angle can vary within a few degrees when the engine is at Military Power due to tolerances in the fuel control system.

On a chart this variability (70-75 degrees) shows as a strip or band marking the minimum and maximum values of throttle angle. Therefore, the "Military Band" represents the range of angles you can expect to see the throttle when the engine set to produce Military Power, or maximum non-afterburner thrust.

The F-4 Phantom throttles have an idle position and a military power position. This diagram shows nozzle position and diameter, as well as RPM at military power, otherwise known as the "military band". The reason the lines flatten out is that above that the throttles control the activation of the afterburners, but do not change the RPM of the engine itself or the nozzle configuration. There is a copy of the Phantom flight manual here that explains it in more detail.

Not the answer you're looking for? Browse other questions tagged jet-engine turbojet or ask your own question.

11
What is the origin of the term "military power"?

5
What is the difference between EPR and rotor speed as thrust setting parameter?
4
Why do the N1 and N2 fans have different shafts?
4
Why does lower atmospheric pressure produce higher EPR (thrust)?
0
What does unmixed mean?
5
What were/are the military designations of the JT8D and PW4000?
15
What are those half-vanes in the engine inlet of a 707-328?
4
What does "time at temperature" mean in the maintenance manual of the J79 engine?