Are there any aircraft where wing, horizontal empennage and optionally canards produce positive lift?

Planes are more stable if the center of mass is ahead of the center of lift. But this means that the tail must provide downforce to keep the nose up, which is inefficient.

Are there any designs where all horizontal surfaces support the craft in the air? The three-surface craft wiki article makes it unclear whether all three surfaces provide upward lift.

In terms of stability, there are several ways this could be maintained. One is to enlarge the rear stabilizer and/or adding wingtips on the rear-most wing. Both of these would weathercock to reverse yaw. In terms of pitch, the nonlinear angle-of-attack-lift coefficient relationship could potentially be used to keep pitch stable. Another possibility is an active control systems, which is used in some fighter jets and birds (more unstable means more maneuverable).

Are there any designs where all horizontal surfaces support the craft in the air?

Canards, as per the designs of Burt Rutan, for one. Not to mention the Wright brothers!

Also, many "free-flight" model airplanes (which operate with no pilot guidance of any kind) have been designed with lifting tails (horizontal stabilizers), with tail airfoils with a concave top surface, and the bottom surface more or less flat. Models of this nature have been flown regularly from the 1930's or the 1940's, up to the present day. In these designs, the horizontal tails typically are rather large.

Re the free-flight model airplanes, it has been argued that the prevalence of these designs is an artifact of certain provisions in the contest rules (e.g. the model is limited in wing area, but tail area is not counted), and that a neutrally-lifting or down-lifting (and also smaller?) horizontal tail would actually be more efficient, but nonetheless these designs do exist.

Furthermore, evidence exists that even in many general aviation aircraft such as the Cessna 172, the horizontal tail provides upward lift in cruising flight when the aircraft is operated near the aft edge of the allowable CG envelope.1

Last but not least, consider tandem-wing aircraft designs, many examples of which may be seen here.

(As an aside-- soaring hawks typically spread their tail to the maximum possible extent when circling in thermal updrafts, to maximize lifting area. In many cases the wings are visibly swept forward, which would help balance the uplift from the tail. It appears that the anatomy is such that sweeping the wing forward also increases wing camber, and thus lift coefficient. When gliding between thermals--when the optimum airspeed in still air would be the speed that maximizes the L/D and Cl/Cd ratios, and the optimum airspeed against a headwind would be higher than that--the tail is typically folded, and the wings are no longer swept forward. The faster the bird wants to fly in the glide, the more the wings will be folded (by sweeping back) to optimize the glide ratio for that particular airspeed. In the simple case of an aircraft of fixed shape, the optimum speed for minimizing the sink rate, and thus for maximizing the climb rate in a thermal updraft, is the speed that optimizes (Cl ^3 ) / (Cd ^2) -- this will be significantly slower than the speed for max L/D ratio (which is also the speed for max ratio of Cl / Cd). So you want to fly slower when circling in a thermal than when gliding between thermals-- and even more so if you have the added advantage of variable-area (foldable) wings and tail.)

Yes, there are designs using forward canards, for example the Rutan VariEze, Long-EZ and Beechcraft Starship are excellent examples. There is also the Eurofighter Typhoon. 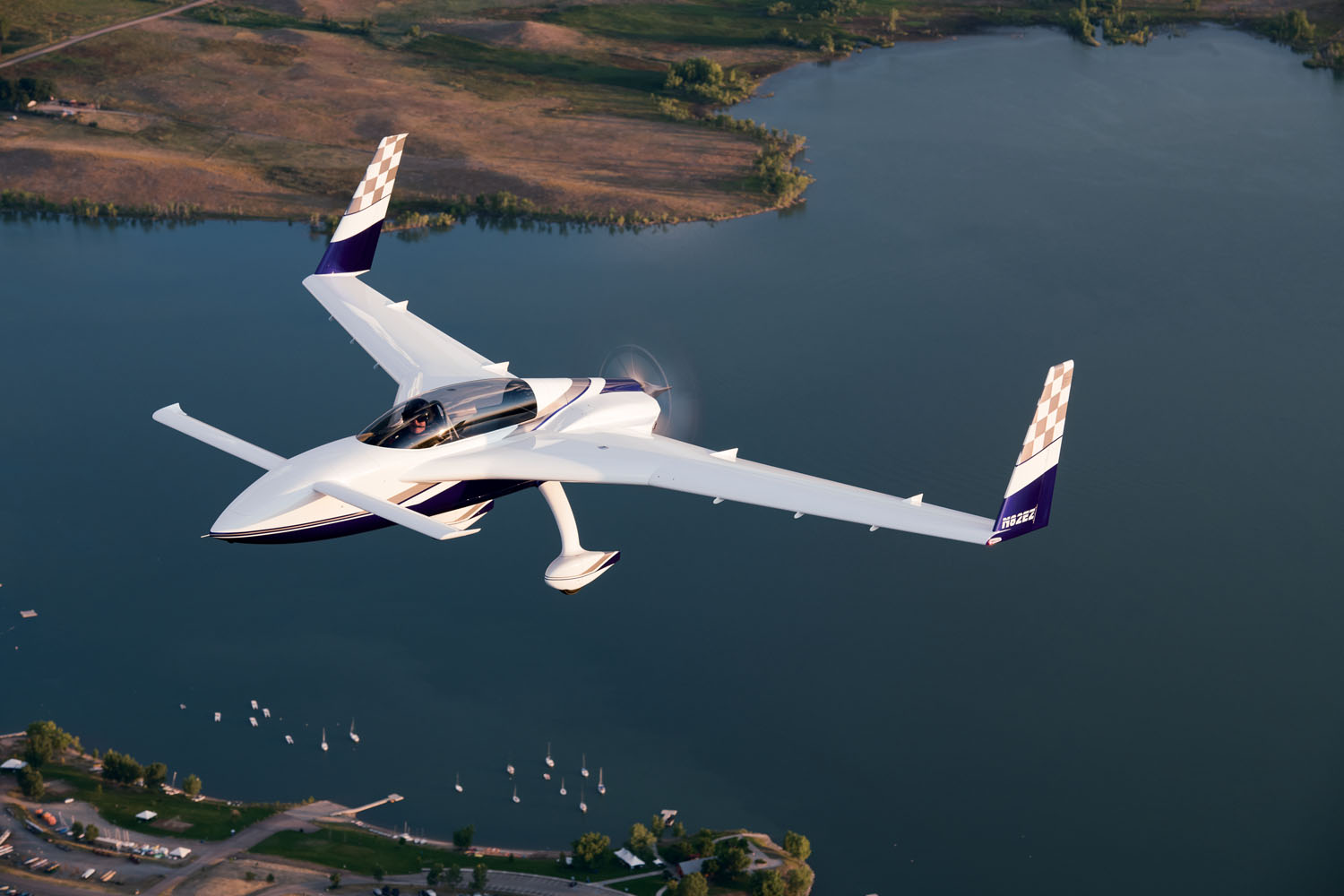 But perhaps the best example is the first powered airplane, the Wright Flyer, which used a forward canard.

All that's required for any layout -- convention, canard, or three-surface -- to fly with static stability is that the more forward surface(s) must fly at a higher coefficient of lift than the rearward, so that any increase in speed produces a nose-up moment, or a decrease produces nose-down.

For a three-surface layout, it would be less common for the rearmost surface and canard to both operate in positive lift -- if the center of mass is rearward enough to fly the rear stabilizer as a lifting surface, the front might need to be in negative lift, and vice versa -- but there's nothing that would prevent careful weight trimming from allowing this.

7
Is a horizontal stabilizer necessary on an aircraft with a tandem wing?
36
Why do aircraft need a vertical tailfin, but birds don't? (and lots of fish do?)
9
Are there any fly-by-wire airliners with negative or near-neutral pitch stability?
8
What prevents BFS from becoming unstable when pitching from horizontal to vertical?
3
How do high-wing and low-wing aircraft compare in terms of structural damage in a crash?
5
How can an up-lifting tail have normal force direction and gradient when generating UP force?
17
Can the plane Celera 500L be eight times more fuel efficient than a jet of similar size and capacity?
1
Are there any situations where having high lift but low lift to drag ratio would be beneficial?
3
Are there any relationship between lateral and directional stability?