What is the purpose of the tiny doors used by the 787's laminar control? 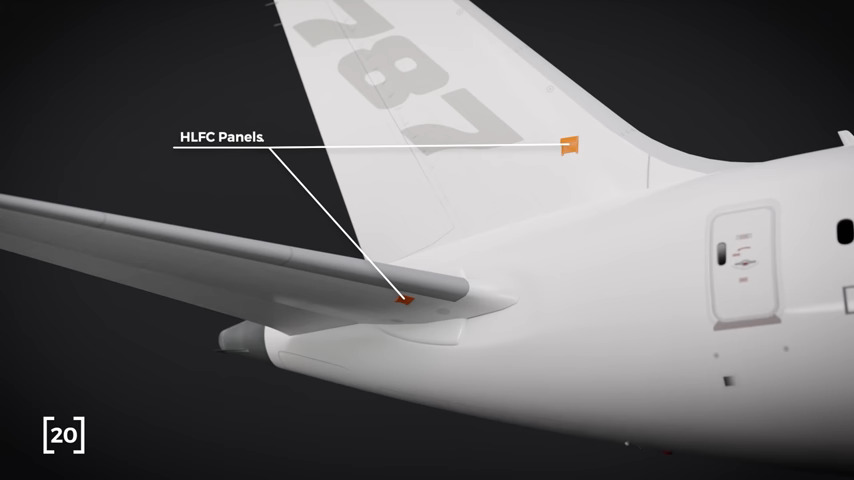 The recent Oct 2021 YouTube video (The Insane Engineering of the 787 by Real Engineering) in the related question remarks:

[...] tiny doors whose purpose are a mystery to me with little to no information available online.

So, what is the purpose of those HLFC (hybrid laminar flow control) doors?

Each door is actually one door inside another, so they can open as a scoop, or an outlet (opening fore or aft).

During takeoff the door scoops in air, so higher pressure is created in the cavity behind the pores/holes at the leading edge of the vertical/horizontal stabilizer (shown above), so the pores would be cleaned of any contaminants. With the door open in the other direction, its purpose of boundary layer ingestion works by creating low pressure behind the pores; this drawing in of air at the leading edge "may decrease skin friction drag":

Of note, according to a nicely illustrated blog (in French):

[...] the future 787-9 and 787-10 will only be fitted with scoops on the fin and no longer on the horizontal plane, the gain being considered too low. 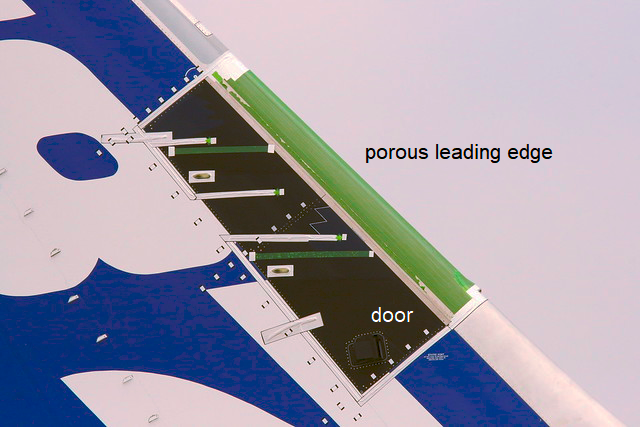 Not the answer you're looking for? Browse other questions tagged aerodynamics aircraft-systems feature-identification boeing-787 or ask your own question.

4
Why can't commercial aircraft have a wing boundary layer suction system?
-2
Can a Magnus/Coanda effect be used on wings with hot gases for more efficiency? What are current aircrafts that uses such system?
0
Why aren't HLFC panels mounted on wing?

15
What are these grilles in the passenger cabin of this 787?
14
Where are the circuit breakers on the 787?
16
What is the purpose of the fin at the Boeing 787 APU exhaust?
12
Why does the Boeing 787 use Cabin Air Compressors (CACs)?
1
Are electromechanical actuators used in aircraft other than the Boeing 787?
0
Can the wing stagnation point be bled off and used for laminar flow control?
0
Why aren't HLFC panels mounted on wing?