On Original, Classic, and Next Generation 737s, the APU panel has an EGT (exhaust-gas temperature) gauge below the four APU caution/warning lights (all images in this question are from the 737 Technical Site).1 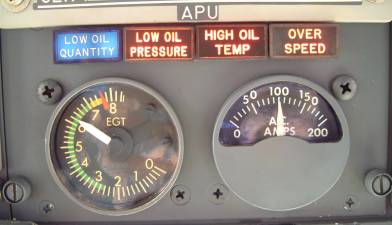 Later Classic APU panel (Garrett 36-280 or Sundstrand APS-2000 APU; the NG uses the Allied Signal 131-9(B), whose panel lacks the ammeter gauge but is otherwise identical): 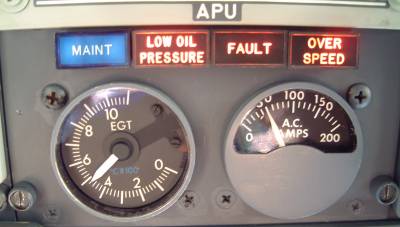 In contrast, the 737 MAX, although it uses almost exactly the same APU as the NG (still the [now Honeywell] 131-9(B), just with minor bugfixes), lacks the NG's EGT gauge: 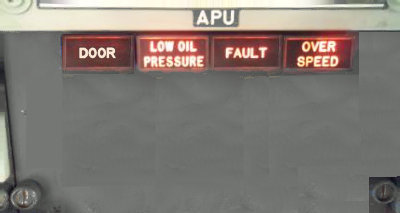 Given that knowledge of EGT is important for flightcrew awareness of an APU overheat or other malfunction, why was the EGT gauge removed from the MAX's APU panel?

1: Also visible in these two photos is the APU ammeter, present only on Originals and Classics.

Given that knowledge of EGT is important for flightcrew awareness of an APU overheat or other malfunction.

All those are handled automatically by the APU's ECU (with built-in safeties). Same for the 737 NG series. So it was a gauge that can be done away with.

According to an FAA document from Nov 2020 on the 737-800 and 737-8 (aka Max) differences, which was "Approved by the Aircraft Evaluation Division", the removal of the APU EGT gauge does not impact the procedures or flight characteristics and is categorized as level-A ("Self-Instruction").

The FAA's approval – and lack of impacted procedures – should confirm my opening paragraph.

And here's a description from the NG's flight manual:

You just never use that APU EGT gauge flying the NG. It’s almost pointless information as the APU ECU does it all. No non-normal checklists use it either.

Not the answer you're looking for? Browse other questions tagged boeing-737 apu cockpit-alerts gauge egt or ask your own question.

22
Why doesn't the 737 have a fuel dump nozzle?
9
What appears on EGT Gauge if the mixture is rich or lean?
10
Why doesn't the A320 have a dorsal fin like the 737?
4
What does the PBY Catalina's APU look like?
2
Why does the APU Master Switch flash during a normal APU shutdown?
4
Will the 737 Max 10 have MCAS?
1
How much power does the APU generate in a Boeing 737-300?
4
Why does the 737NG EGT drop during take-off?
5
Why does the 737 Original have an explicit hydraulic-quantity indicator for only the A hydraulic system?