Why is the CG assumed to be between the CP and the tail?

While discussing stability (Longitudinal, Lateral, Directional), invariably, all texts assume CG to be between CP and tail.

Ex: Look at the specific image in wikipedia https://en.wikipedia.org/wiki/Longitudinal_static_stability 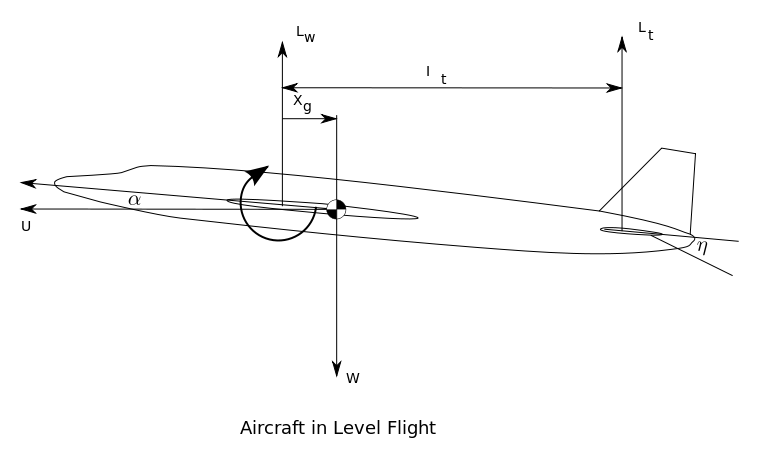 How ever while discussing Drag, Stall etc, standard text assumes, CG is front of CP as below 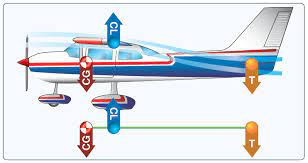 Why is this difference? Which is correct?

Using the first image, I can explain to myself how a gust from down increases lift on wings and gives a clockwise moment which the tail wind moment opposes with anticlockwise - rendering stability. But I am unable to apply the same argument with second image with CG forward. (Because a gust from down will increase lifting effects of wing and tail as far as I can tell) Feels like some one is conveniently imagining up to suit their arguments :)

Can anyone explain how longitudinal stability applies when CG is forward and a gust from below happens? Or why 2 different perspectives are used for explaining?

It's important to distinguish between longitudinal stability forces and trim forces, and I find that the literature in general does a very poor job of explaining it for the quasi-layperson. I use this concept to make it easier to picture what is going on in your mind.

For the airplane to be longitudinally stable, it simply has to be good at this weathervaning action. This only requires that the overall aerodynamic center of the combined horizontal footprint of wings, nacelles, fuselage, and tail surfaces, the Neutral Point, be aft of the "weathervane hinge", the C of G.

Within that system, you need to have a means to control the actual angle to the relative wind that with weathervane will seek in doing its weathervane thing. This allows you to use a large lifting surface to hold the whole thing up, that you can force to operate at an angle to the airstream to make the lifting force, and keep it at that angle as the relative wind direction changes. If you don't, you just end up with a lawn dart, which has tremendous longitudinal stability (its Neutral Point is WAY aft of the C of G) but can only go in ballistic arcs.

This is done by creating an opposing force balance within the weathervane; a force seeking rotation about the pivot axis on one direction, opposed by a force trying to rotate the weathervane in the opposite direction.

If you take a weathervane off a barn, which normally wants to point straight into the airflow (airflow parallel to its longitudinal axis), and bend the rearmost part so it deflects air locally to one side, and stick it back on the barn, it will now point into wind with an offset; there is a force pushing the back end out, and as that happens an opposing force builds up resisting that movement until they are in balance and the weathervane will now seek to point into wind at whatever offset angle that the balance point is reached.

You can call that "trimming the weathervane", making it operate at angles off the wind that you can control. The horizontal tail does the same thing with the airplane in the vertical plane. The offset angle that the airplane will seek is its Angle of Attack.

I'm not quite sure what the first diagram is depicting (I think its depicting the sum of forces in creating the "weathervane effect"), but the second colour diagram is clearly illustrating the trimming force balance. Tail downforce opposes net nose-down pitching forces that includes the pitching moment of the wing's airfoil, the C of G to Center of Lift leverage, and any other pitch motion inducing forces like high or low offset thrust lines, or things hanging down. Tail downforce in opposition to those forces controls the offset angle at which the airplane will seek to weathervane itself into the airstream about the C of G.

That "angle seeking" tendency itself is static stability, and is a function of the net aerodynamic center of the airplane-footprint-as-a-weathervane, its Neutral Point, relative to its "hinge axis", its Center of Gravity.

So for good static stability, C of G needs to be forward of the Neutral Point, the Static Margin. For control of Angle of Attack, G of G is normally placed ahead of the Center of Lift so that an adequate Nose Down pitching moment is generated, that can be opposed by the tail's downforce, to control Angle of Attack.

Not the answer you're looking for? Browse other questions tagged aerodynamics lift drag stability weight-and-balance or ask your own question.

25
How does an aircraft tailplane work?
6
Should the pitching moment be up or down?

9
What are the differences between air brakes, spoilers and lift dumpers?
4
What are the relations between stability, controllability and maneuverability?
1
Is there a difference in stability between a tail downforce (cg ahead of ac) and a tail upforce (cg behind)?
3
Is the aircraft neutral point a function of the tail incidence angle?
2
Why does instability in pitch lower trim drag for an aircraft with a tail?
3
When using the Source Panel method and dealing only with sources and sinks, why do lift and drag equal zero?
2
How do coefficient of lift/drag variation with speed differs between swept and unswept wings?
0
Why it doesn't matter if tail produce lift or downforce for neutral point position?
5
Why does lift decrease and drag increase when approaching the stall condition?