Why would control-surface balance horns cause problems at transonic speeds?

On many aircraft, control surfaces such as elevators, ailerons, rudders, etc., have "horns" which extend forwards of the surface's hingeline, wrapping around the tip of the wing or stabiliser, as seen on the left side of this image: 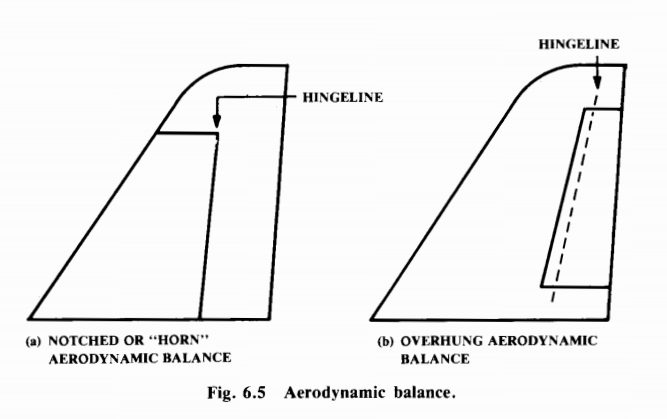 (Image via Rory McDonald here at AvSE, who won't say where they got it.)

This is beneficial since the control-surface area forwards of the hingeline cancels out some of the aerodynamic forces opposing control-surface deflection, and provides a place in which to put heavy things to mass-balance the control surface; both of these make the aircraft's flight controls more responsive and easier to use.

However, this comment by @PeterKämpf on this horny-control-surface answer suggests that balance horns would be poorly-suited for transonic aircraft:

Control surface balancing reduces hydraulic loads and, consequently, mass. It does make sense even with irreversible controls and is possible on the PC-24 because of its low maximum Mach speed. At airliner speeds the control horns will cause all kinds of trouble, but below Mach 0.74 they offer clear benefits. [My emphasis; mach 0.74 is the beginning of the transonic range for most aircraft, and all modern jetliners cruise at transonic speeds.]

Intuitively, one would expect that, if anything, these forward-pointing balance horns would be a good thing in transonic flight; one of the problems that can arise when getting close to the speed of sound is the degradation of flight-control authority due to shockwave formation as high-speed air passes from the wing or stabiliser onto the control surface,1 and the balance horn, flying into clean air not disturbed by any fixed surface in front of it, would allow some control authority to be retained regardless of the effects of shockwaves on the remainder of the control surface.

Why would control-surface balance horns be a net minus at transonic speeds?

1: In practice, this is generally most evident as a reduction in elevator authority, which is a bad thing in most flight regimes, but especially so when flying near the speed of sound.

The rearward shifting center of pressure in the transonic regime is the culprit, which messes with the balance, though there seems to be workarounds:

[...] the rearward shift in center of pressure at transonic speeds has made the problem of achieving balanced hinge moments throughout the speed range difficult. Such was the case for the horn-balanced, flap-type control of reference 1, which was mounted on a 550 swept pointed wing. This control, although nearly balanced at supersonic speeds, was greatly overbalanced at subsonic speeds. It appeared that addition of an unbalancing tab offered a means of reducing the large overbalanced hinge moments at subsonic speeds without greatly changing the control hinge-moment characteristics at supersonic speeds, since tabs, in general, have shown sizeable losses in effectiveness at transonic speeds (refs. 2 and 3, for example). [emphasis mine]

— Guy, Lawrence D. "Transonic and Supersonic Characteristics of a Horn-balanced Control with Unbalancing Tab on a 55 Degree Sweptback Wing." (1957). https://ntrs.nasa.gov/citations/19930089530

Related: Why does centre of pressure (drag?) move forward when transitioning from transonic to supersonic? (title assumes wrong direction)

Not the answer you're looking for? Browse other questions tagged aircraft-design control-surfaces transonic or ask your own question.

5
What is the benefit of a horn control surface?
0
Why does centre of pressure (drag?) move forward when transitioning from transonic to supersonic?

34
Why are jet aircraft never designed with a slower cruise speed?
6
What would the density profile of this shock wave look like, roughly?
14
Why do aircraft have a crossover airspeed, and why does it increase at higher vertical load factors?
5
Why do 20-series Learjets have such an extreme susceptibility to mach tuck?
1
Why don’t double-bubble fuselages cause severe fatigue problems?
11
Do aircraft using only spoilerons for roll control, with no conventional ailerons, have a crossover airspeed?
5
Why would engine fire cause loss of control?
1
Why aren't grid fins used as wings for low speed aircraft?
6
How does the drag coefficient behave at transonic and supersonic speeds for swept wing aircraft?
12
How are control surface problems in wings having high bending dealt with?