Is all the extra lift from flaps added upstream where the spars sit?

Flaps can significantly increase the lift for a wing, is all that extra lift added upstream where the spars sit? I ask this question because the flaps in airliners seem to be only connected by a few links and actuators. 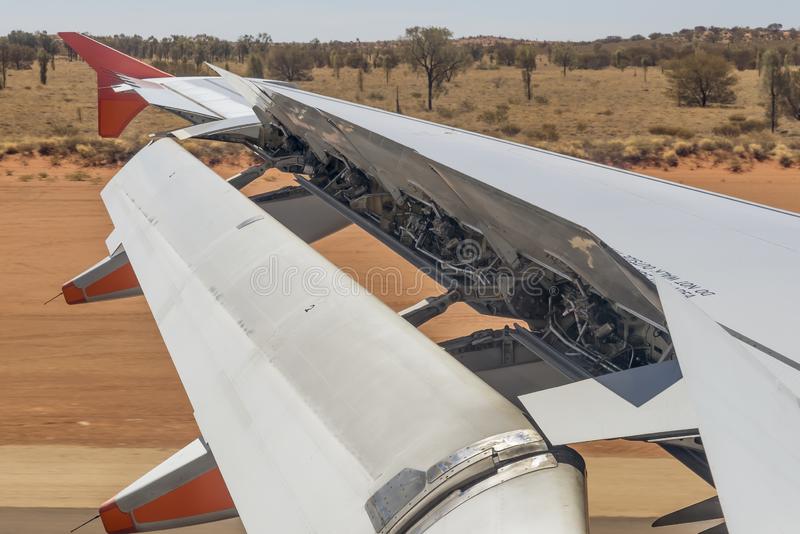 What if I told you flaps decrease the bending moment on the spars? And the Airbus A350 takes advantage of that in cruise? Interesting? Read on: 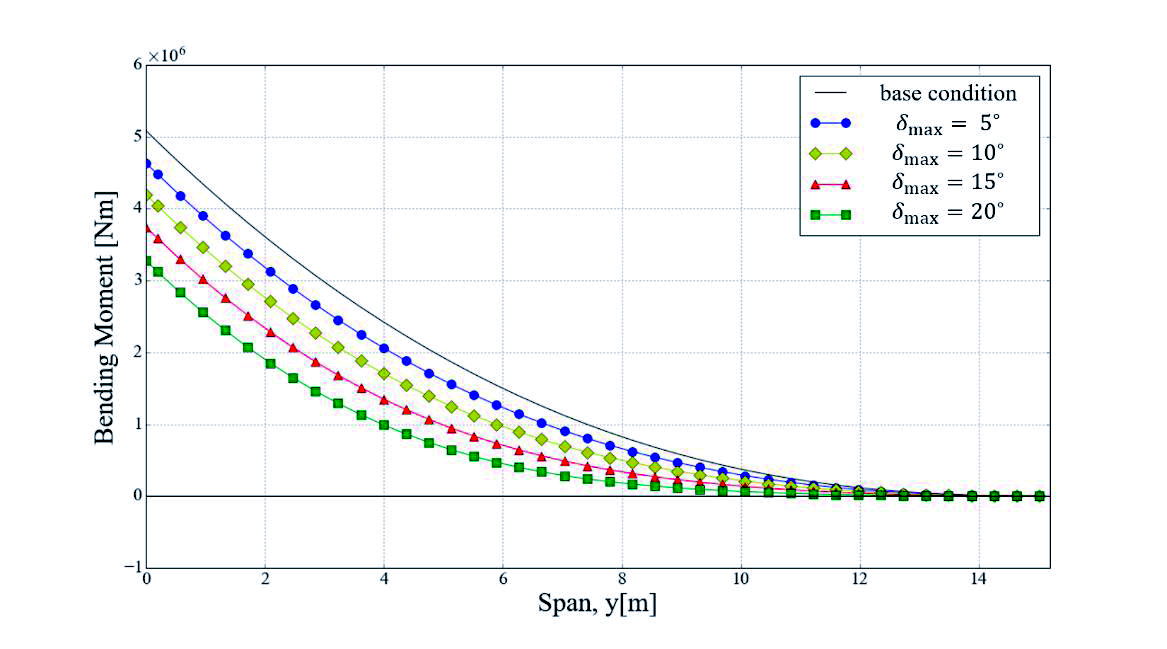 As shown above, the higher the flap angle ($\delta$), the lower the bending moment. The reason is really simple:

In steady flight – i.e. a plane climbing at a constant rate, cruising, or stabilized on approach on the glide slope – whether flaps are deployed or not, lift = weight. (If you account for the thrust, "A climbing aircraft needs less aerodynamic lift than in horizontal flight, not more.")

Put another way: just like how the angle of attack is increased as the plane slows down to maintain the lift, deploying flaps does the same – they allow the total lift to be maintained at a slower speed.

Since most flaps are partial and don't cover the full span, and with the total lift maintained: the flap section creates more lift, and the outboard section less lift; with less outboard lift, the bending moment is reduced.

And from an Airbus paper on the A350:

[Differential flap setting] can be applied in early cruise phases to shift the center of lift more inboard and by that reducing the wing root bending moment, which can be transferred into a structural weight saving.

If you watch closely and listen carefully to the hydraulics, you can see it in action here (around 00:21). 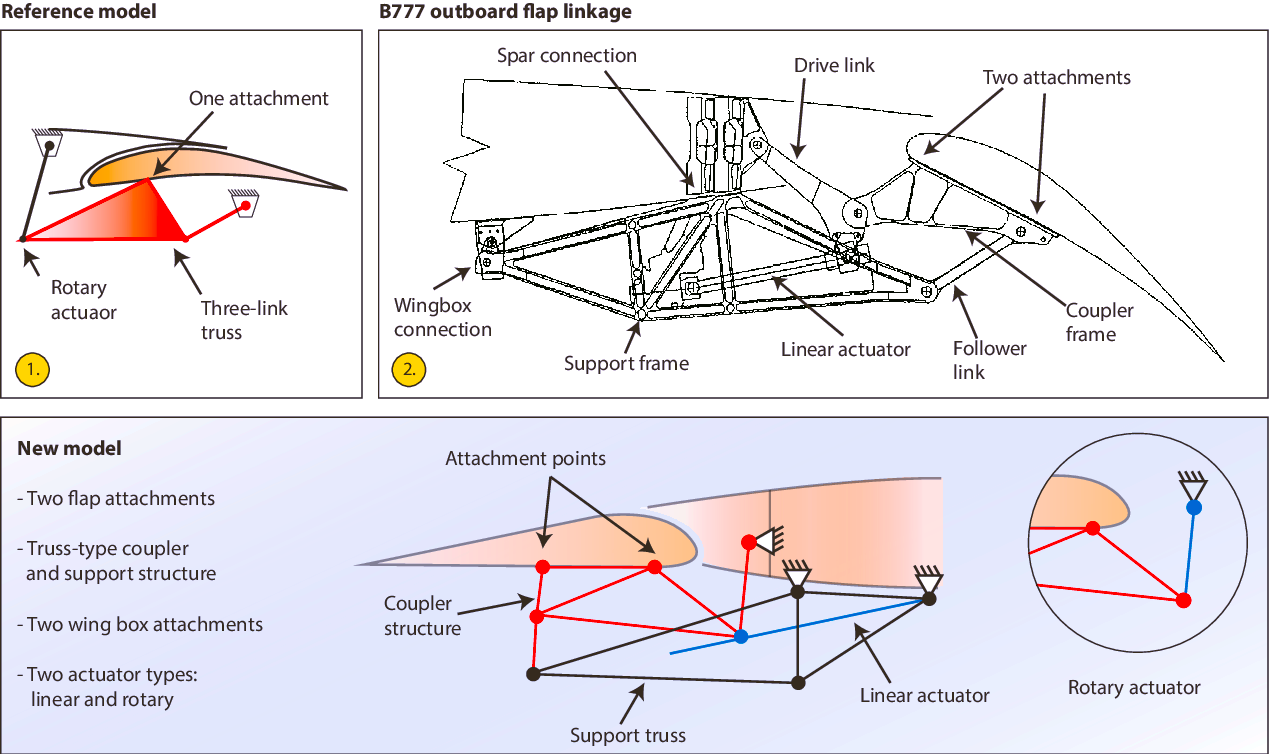 Regarding the connection, it's a lot more than small links; see above how they attach to a spar on a Boeing 777.

Not the answer you're looking for? Browse other questions tagged aircraft-design aerodynamics flaps aircraft-structures or ask your own question.

52
Why do airplanes lift up their nose to climb?
11
How does the slotted flap work?

16
Have we seen the last significant experiments in the configuration of jet airliners?
7
How is the area of flaps determined?
7
Why does the A320’s maximum allowable aileron deflection decrease, rather than increase, when the flaps are extended?
11
Why are Krueger flaps called flaps and not slats?
4
Why does lift curve slope increase when Fowler Flaps are deployed?
25
Why are heavy flaps better than just a bigger wing?
2
Would plain and slotted flaps increase lift substantially in a distributed propulsion application?
3
Are overwing exits still useable if the flaps can’t be lowered?