What does the expression "Normally with hull loss" mean?

This is a question from a non-english speaking person. I encountered the expression "Normally with hull loss" in this safety categorization: 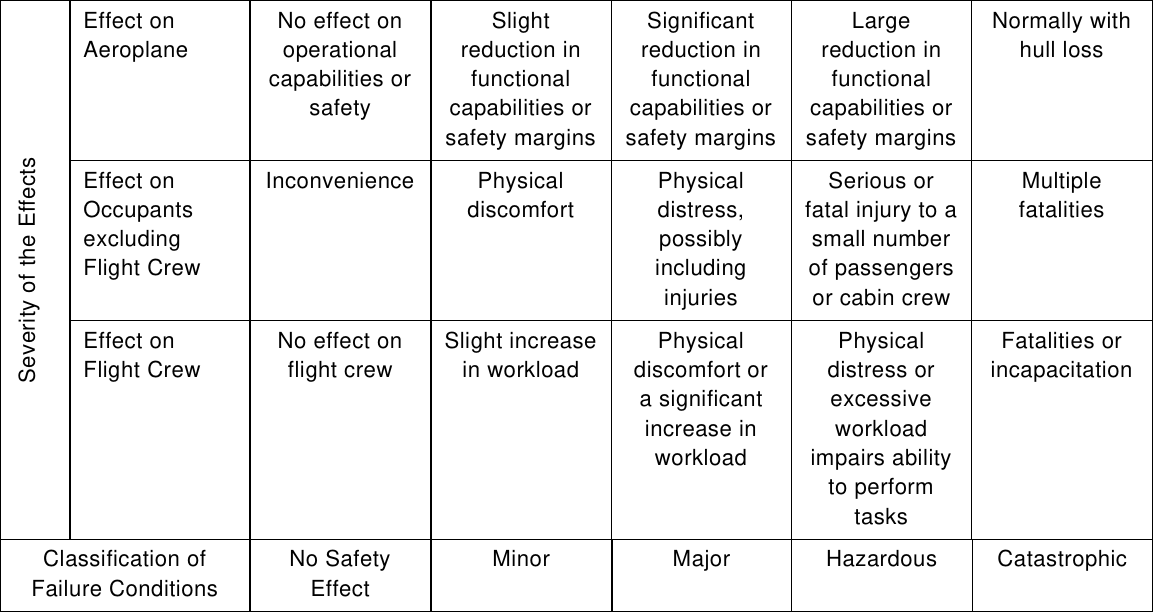 Why is that not only "hull loss". Does the expression means it is not sure but probable?

As I understand the phrase, it is saying, "Catastrophic Failure normally results in hull loss."

But not necessarily; It is possible to have a catastrophic failure without total hull loss.

"Normally" here is a synonym for "typically".

Hull Loss is typical for this type of failure. But it is also possible (although more rare) to have a catastrophic incident without hull loss.

"Normally with hull loss" is just a way to say that "if this were to occur, that would be the normal outcome". The whole table is used to classify possible events happening during flight or on the ground based on the probability of it happening and the consequences.

While I couldn't find the same table in your link, I found a similar one other places, such as on page 5 here.

I found the answer to this on page 11 of FFA Advisory Circular 2023.1309-1E where they define "catastrophic" (this has the same chart as yours later on, so I think it should also apply to yours):

The next note is also helpful:

(2) The term “catastrophic” was defined in previous versions of advisory materials as a failure condition that would prevent continued safe flight and landing.

Not the answer you're looking for? Browse other questions tagged safety terminology or ask your own question.

22
Did DB Cooper's aircraft land safely with the aft stairs open?
15
Why are aircraft external lights round, not tear-drop shaped?
17
Why is the sound quality of onboard public address so bad?
6
Does the expression "stall speed" have a definition?
20
How exactly should I understand the term "accidental hull loss"?
7
What does "leave clear on its left" mean in UK regulations relating to collision avoidance on non-runway landings?
27
At what point does an aircraft become an airliner?
0
How does ATC handle a controller with psychological trauma?