What are typical values of CD0 for commercial high-subsonic jets?

Torenbeek (engineer famous for his book on aircraft design) indicates 0.014-0.020. However I've been estimating values for typical planes like the B737/A319 and I'm getting values of 0.026-0.027. I'm interested in planes of approximately this size. This makes me think that Torenbeek may be outdated.

Does anyone know typical values? CD0 being the parasitic drag coefficient of the entire aircraft. 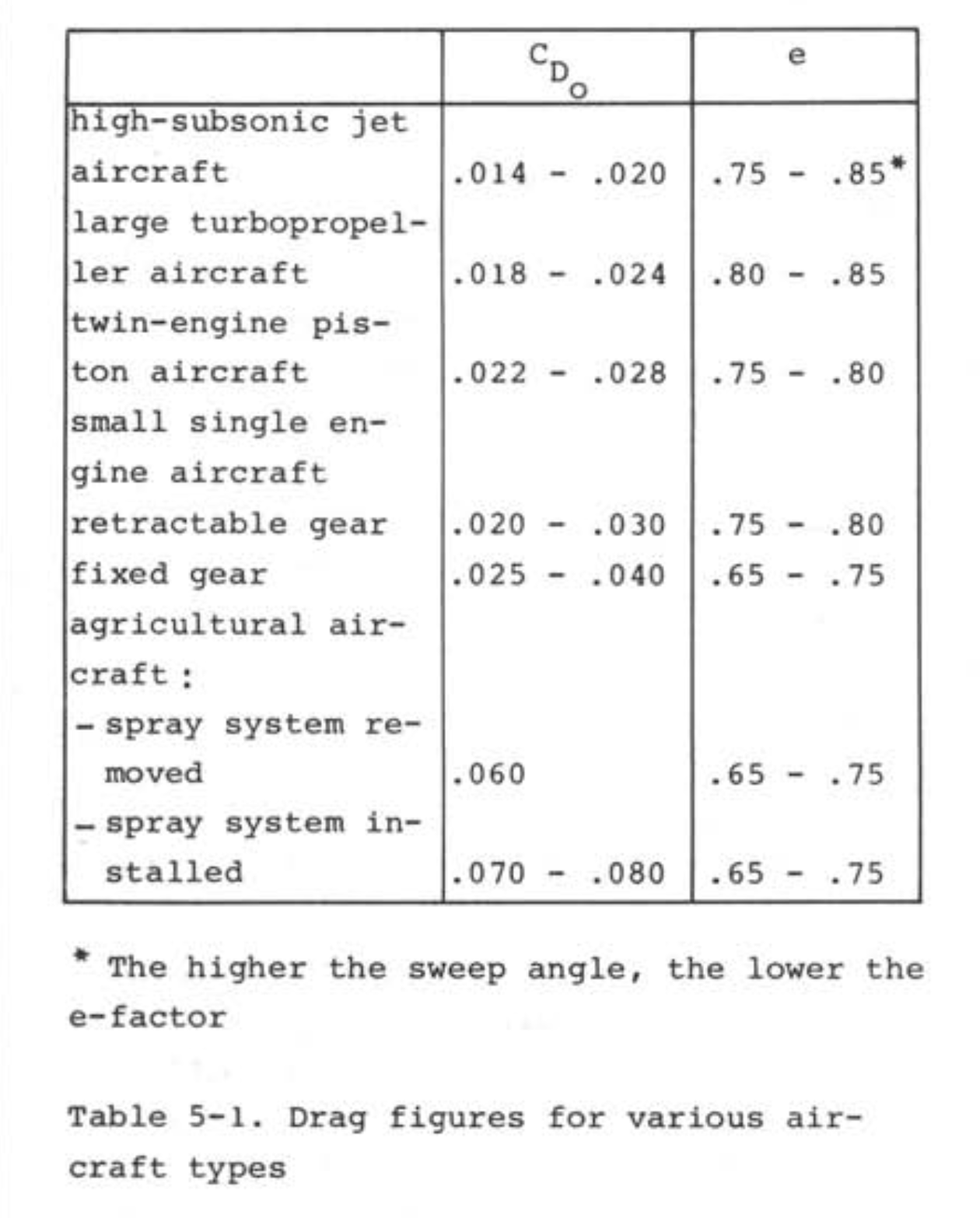 The $C_{D0}$ table in Torenbeek's book. The version I have was published in 1982, at the time the B737-200 had been in operation for 11 years. Plus the following high-subsonic jet aircraft:

The $C_{D0}$ values in the table were based on all high subsonic jets in operation at the time. Note that the B737 shares the fuselage diameter with the B727 and B707 - length of the current B737Max at 43.8m is still a bit shorter than the B707 @ 46.6m, so is the wing span. The 4 narrow cross section engines of the 707, versus the dual engines with much wider cross sections of the Max.

Nothing in the configuration changes since 1982 strikes me as a probable cause of an increase in $C_{D0}$ to that of a twin engine piston aircraft.

3
How can my CD0 estimation be improved?

0
What are the opimum values of Cl during descent?
16
What kinds of materials are used for fighter jets' glass windshields?
6
What special tyres (tires) are needed for high altitude takeoff and landing?
2
What are reasonable values for the position of an airplane's center of gravity compared to that of its center of lift?
3
How can my CD0 estimation be improved?
1
What are typical CLmaxTO and CLmaxL values for modern aircraft?
1
What is the typical wing twist angle at the wing tip for a commercial jet?