Why did this FedEx flight (FDX1311) take such an indirect route multiple times? 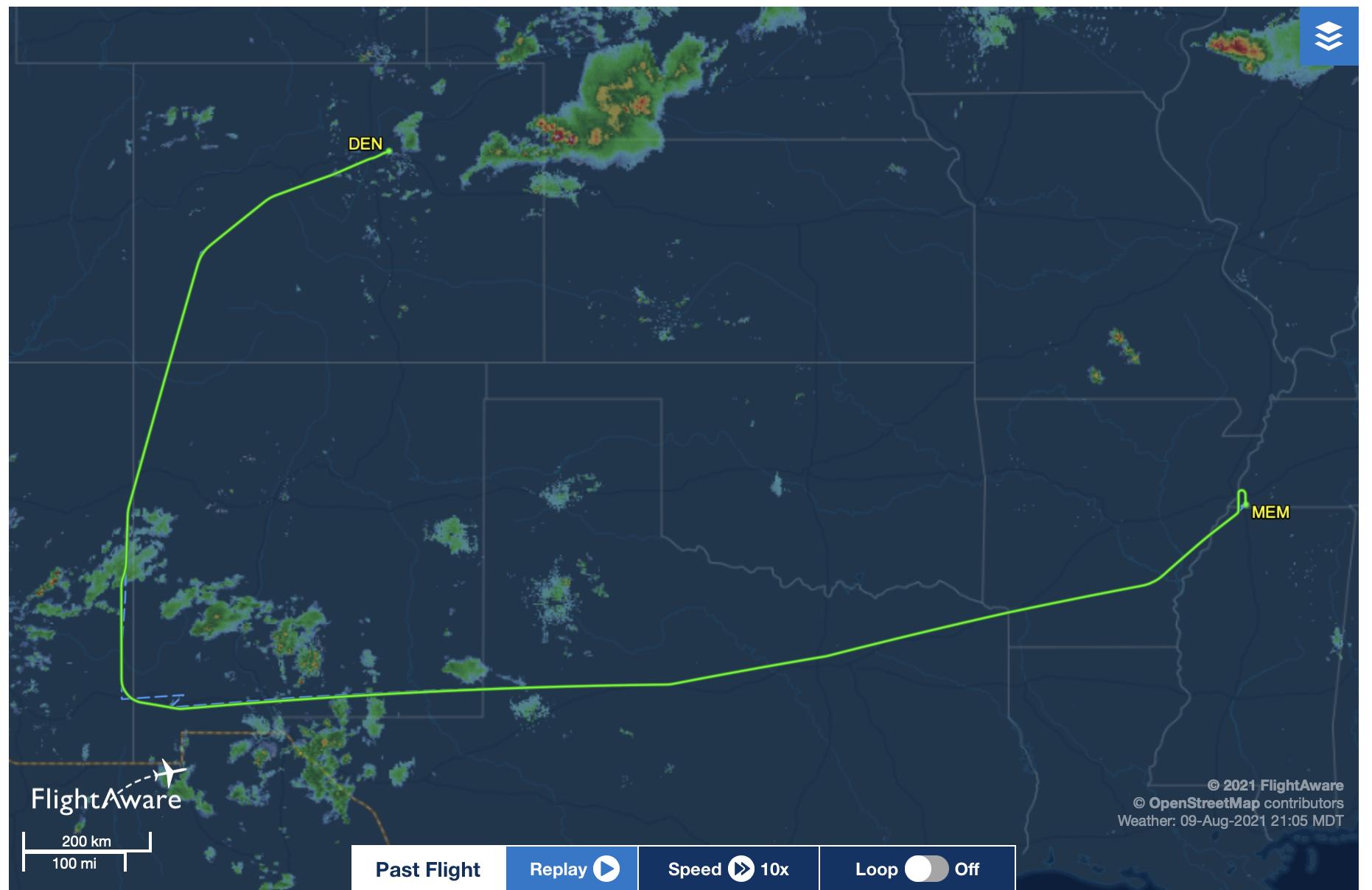 Thinking they were probably just avoiding storms, I scrolled down and saw there were 3 other DEN-MEM flights under that flight number, all which also took the same extra-long route. 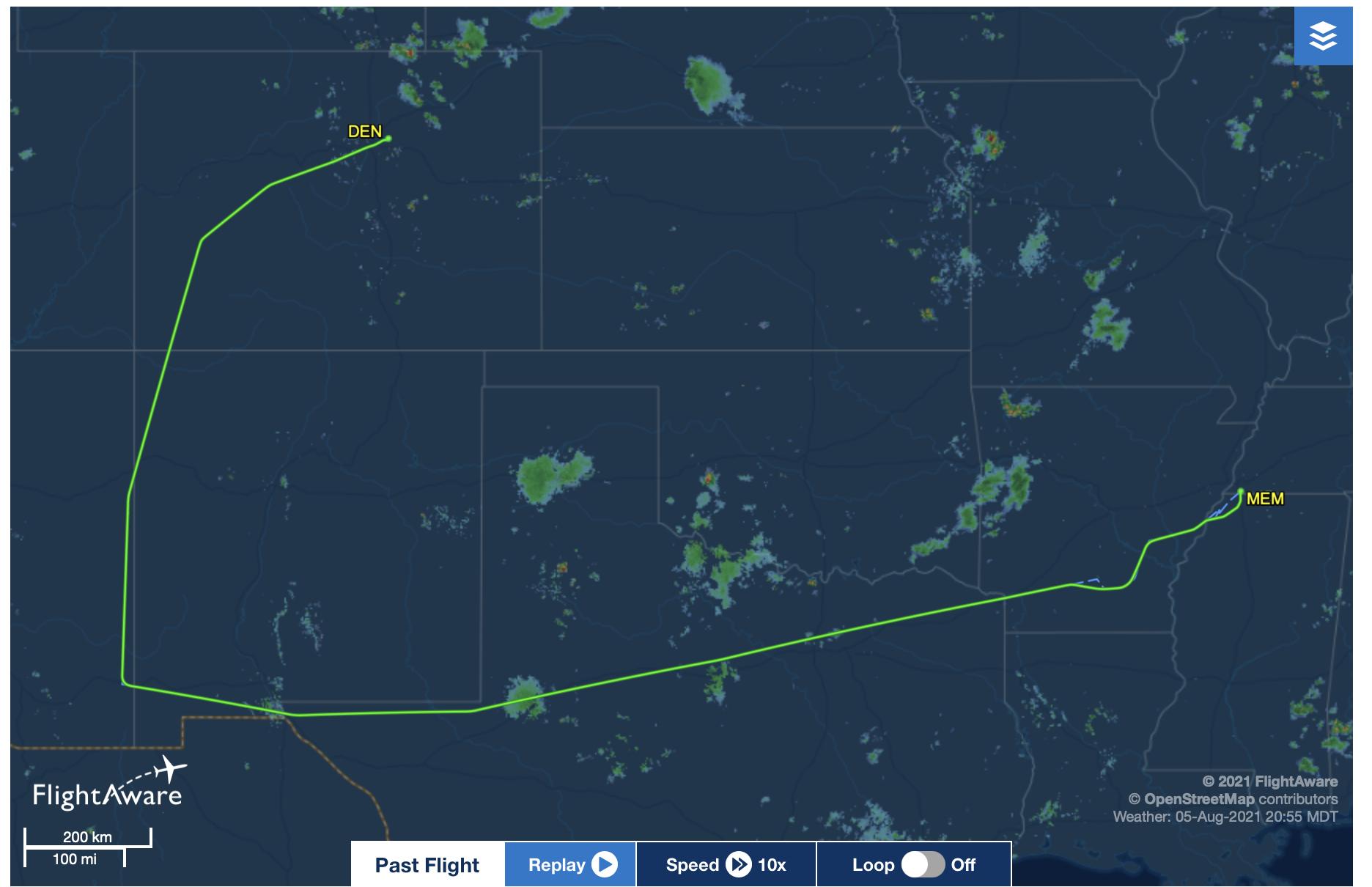 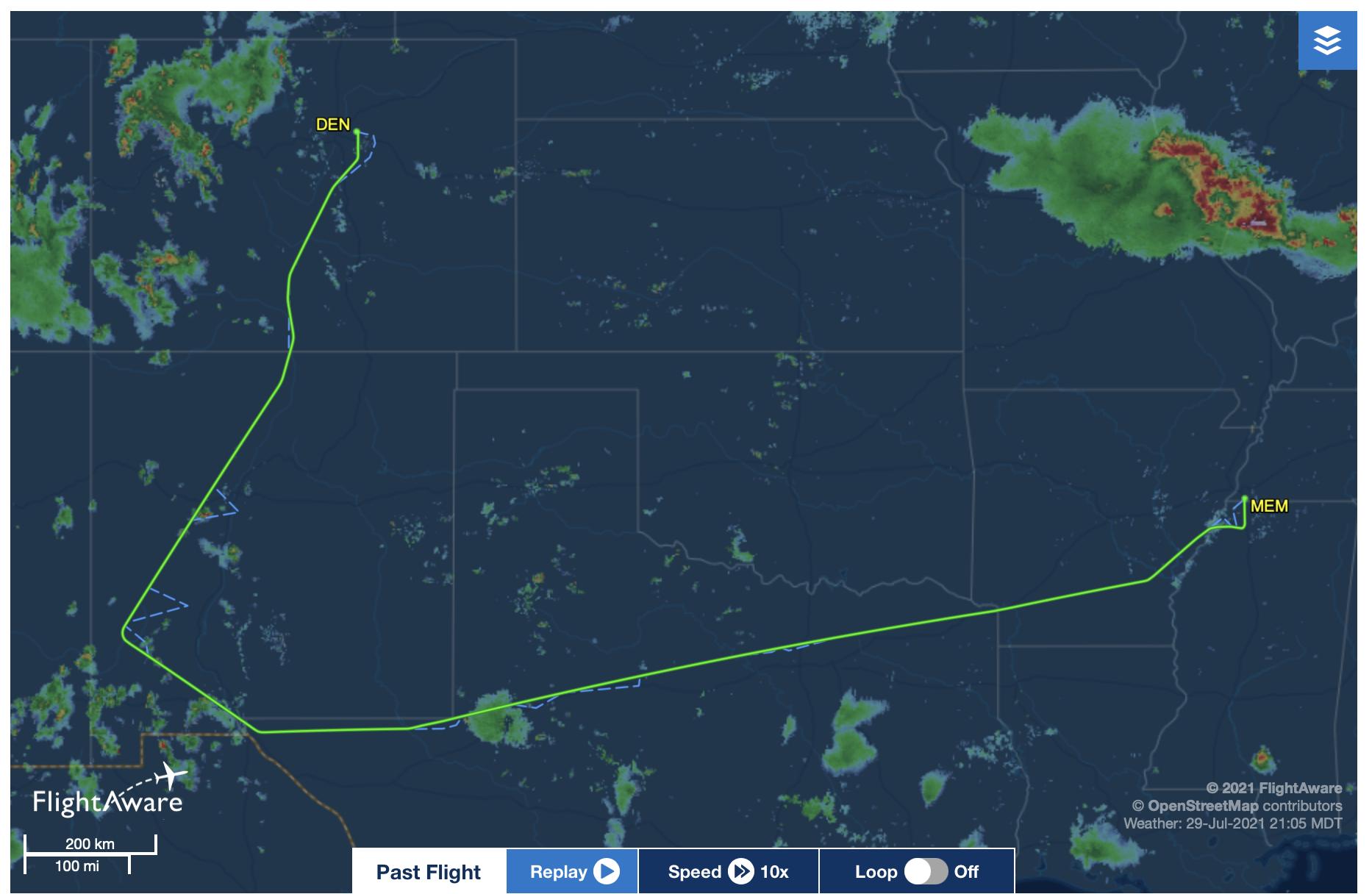 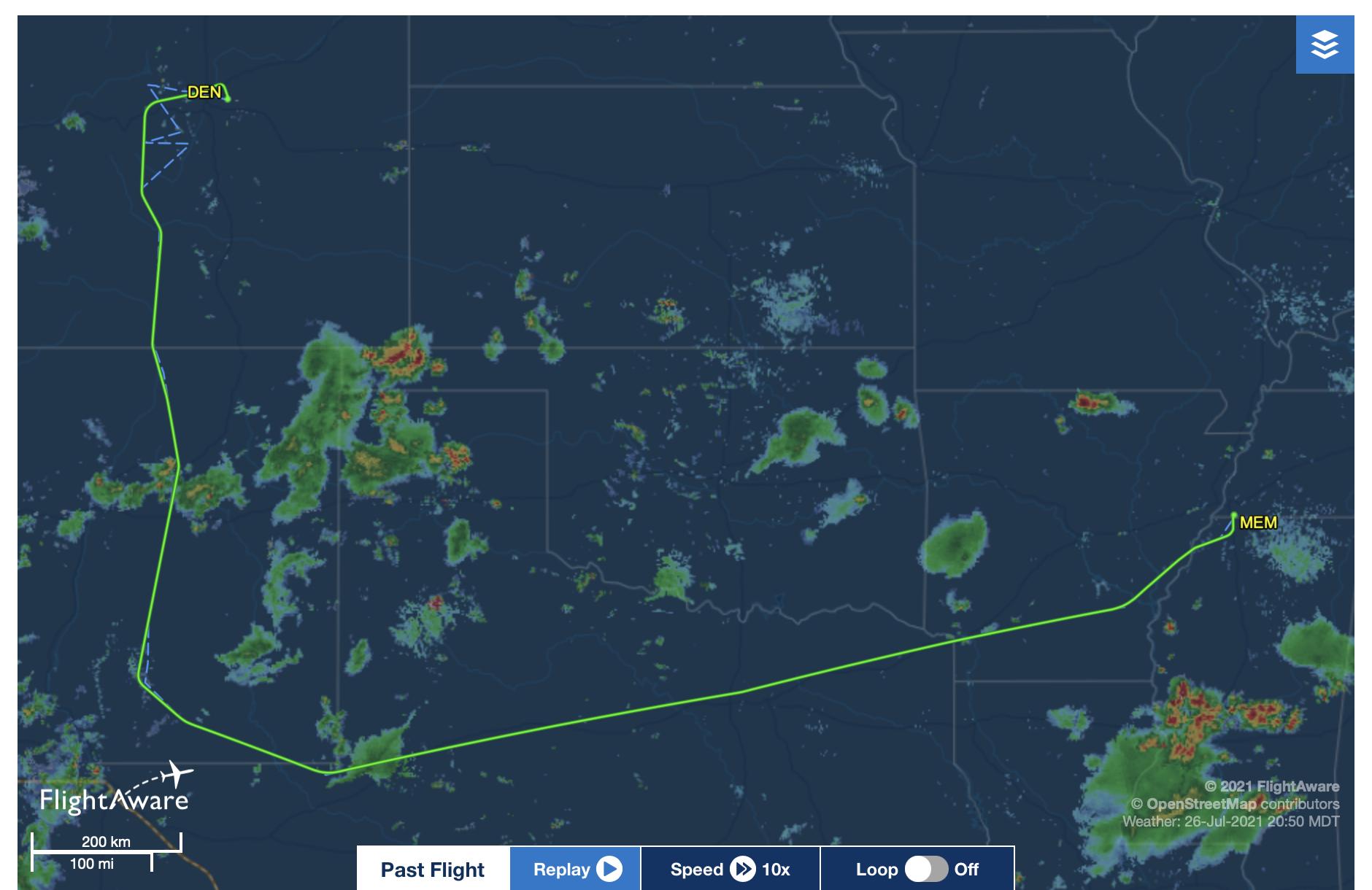 What's the purpose of this extra long route? It's more than double the straight-line distance!

FDX1311 is a daily scheduled flight, called a flying spare, or more colloquially a sweeper. It's a provision to remedy unplanned events which would otherwise prevent customers shipments to reach FedEx Memphis super-hub before dawn, and eventually to prevent shipments to be delivered in time. 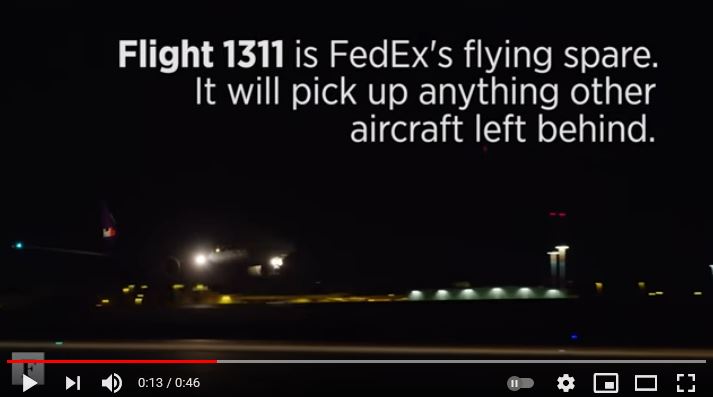 Route and reuse after landing

The flightpath is designed to allow the aircraft to be diverted to several airports in the US south area where FedEx has an important activity. When reaching Memphis airport, the aircraft becomes available for dispatching shipments from the hub.

FDX1311 is part of FedEx contingency plan which, according to Fortune, comprises five aircraft to cover the whole US territory (to be compared to the 600+ aircraft fleet).

Diversion is triggered in quite different cases:

According to FedEx each flight costs $30k. Most of the time it just flies this route empty or lightly loaded. Fuel consumption is about 30% higher than for the direct path.

Individual customer shipments may experience delivery delays without large consequences, or without strong reaction. This is not the case for large customers for which contracts definitely include a delivery delay commitment, associated penalties and contract termination clauses for service failures.

I guess this $30k a day investment for this region is the quality assurance response to the evaluation of risks above, and those I'm not aware of. This is good for image, for competitiveness and for contracts renewal.

Not the answer you're looking for? Browse other questions tagged commercial-aviation airline-operations flight-planning or ask your own question.

46
Why do flight times differ between traveling East versus traveling West?
3
Why do airlines over-estimate/over-calculate flight times?
114
Why did this plane fly in a zigzag pattern?
3
Is this ferry flight route possible for a B737-800 WL?
6
Why did my transatlantic flight meander off the great circle?
2
Why was Air India flight AI101 diverted to SHJ 5 times in the past few days?
1
How do I read this flight plan route?