Can you identify this helicopter?

I saw this helicopter in Hungary. It might be an Airbus H225M, but I'm not sure. Can you confirm or identify it correctly? 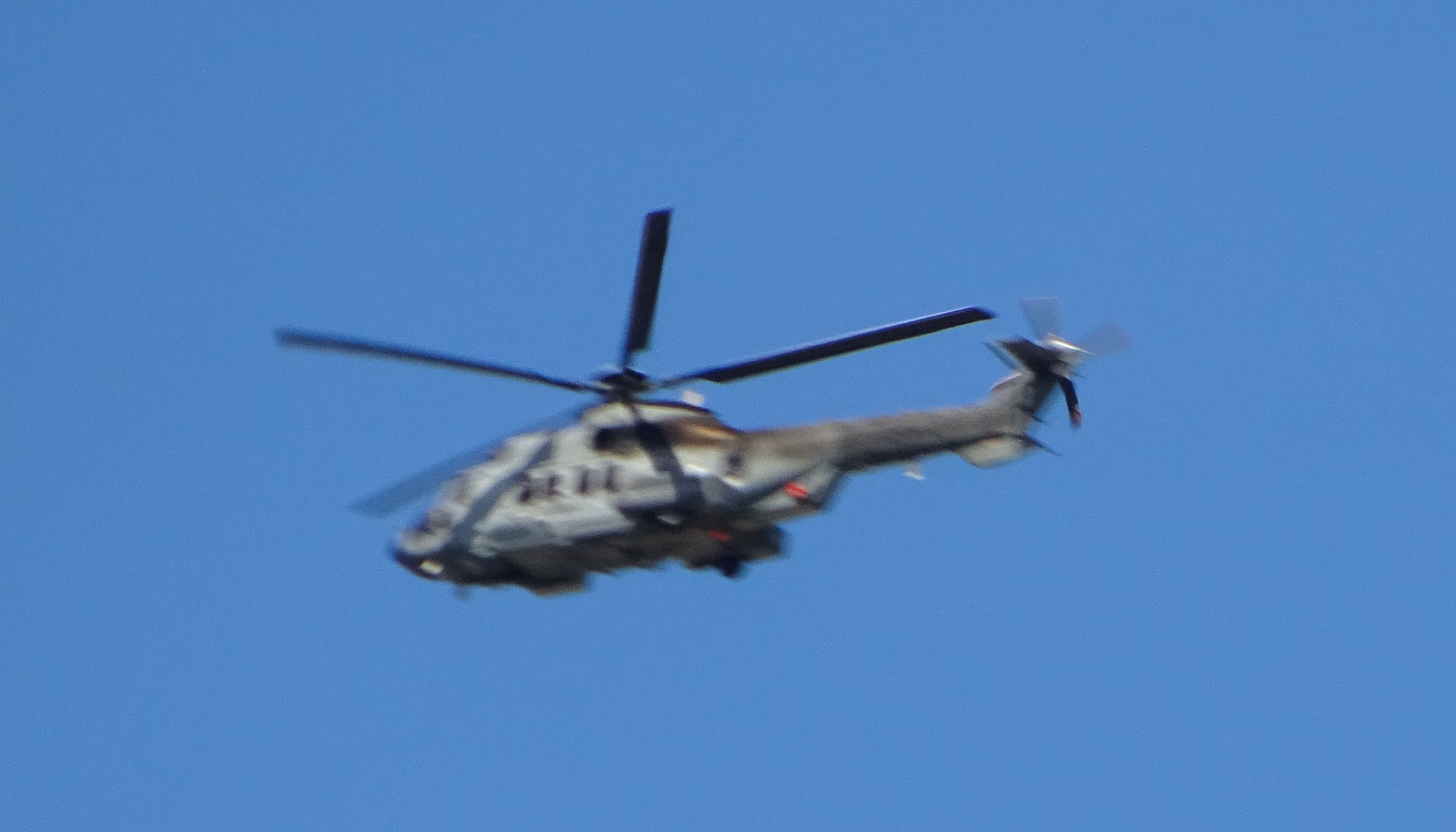 What is the red spot on the side, under the tail boom?

This is the Airbus Helicopters H225 (previously Eurocopter EC225 Super Puma). What most notably differentiates this version from the earlier H215, are the rotor assemblies: H225 has a five blade main rotor and four blade tail rotor, H215 the blade counts are "opposite", being four for the main rotor and five for the tail rotor. Otherwise, the models are externally quite similar.

As for the red object on the side: thanks for Affe for pointing me in the right direction, the device is an Emergency Helicopter Locator. Below is a picture taken from Heli-One mods catalogue 2018, page 67, which shows the device installed on Sikorsky S-76 A/C.

The brochure describes the device as follows:

The system features a locator beacon containing the transmitter and antenna. This is automatically activated and released in the event of a crash, or activation of the water sensor, or manual deployment by the flight crew. The beacon transmits on all international distress frequencies and is compatible with the COSPAS/SARSAT system. Its GPS input will allow the beacon to transmit the last known position of the aircraft in distress, saving lives.

2
Did I identify these aircraft correctly?
7
What UK aircraft looks like an Islander but with twin fins?
4
Can someone please help me identify this?
10
Can you identify this plane from 1920 and prior vintage?
4
What are the fins near the tail of a helicopter called?
19
What is the definining line between a helicopter and a drone a person can ride in?
1
What is this helicopter seen in the Falcon Crest TV series?
13
Can anyone identify this biplane with distinct wind screen?