Is there evidence that inattention to Flight Attendant safety briefings increases risk to all occupants?

So many passengers pay little or no attention to the Flight Attendant safety briefing (or Safety Briefing cards) given prior to takeoff (commercial air carriers).

Question: Are there any data, studies, analyses, etc. that demonstrate that lack of attention to the pre-departure Safety briefing creates an increased risk for all of the occupants of the aircraft in case of an emergency?

I realize many passengers do pay attention but there appears to be a significant number who do not.

Aircraft emergency door opening procedures, location and operation of flotation devices (vests, rafts, slide/rafts, seat cushions)[different sometimes depending on where you are sitting], emergency floor lighting, use of passenger oxygen, etc. do have some variances between some aircraft types. Otherwise there would be no requirement to have different Safety Briefing cards (e.g., B737 vs A380) available to each passenger for review.

Read this Flight Safety Foundation document entitled Cabin Crews Must Capture Passengers’ Attention in Predeparture Safety Briefings. It amplifies the the issue in the question above and includes data, statistics, etc., illustrating why this is an important topic.

It is predictable not paying attention to the security briefing and not reading the emergency card or placards will lead to dramatic consequences one day. The reasons are known, but little is done.

Hudson ditching: Where luck hid lack of attention in briefings

If there was no drownings in the Hudson ditching on January 2009, it's not because the evacuation instructions were effective, it's due to an extraordinary amount of luck in front of unfavorable conditions. Something that might not repeat though: 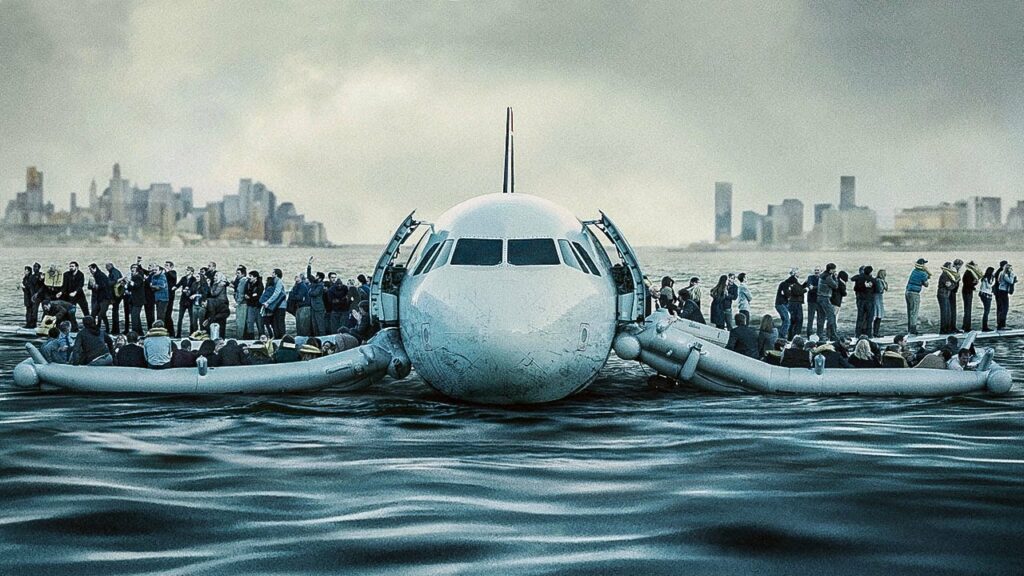 Out of the 150 passengers, only 10 retrieved a live vest before evacuating. At least nine passengers unintentionally fell from the wings into the water, some without a life vest.

Causes for not paying attention

During the investigation, it was found the main reason for not donning a life vest before taking place in rafts, or on the wings of an aircraft bound to sink in the middle of a large river, was not paying attention to the briefing, and not reading the emergency card:

Passenger interviews indicated that about 70 percent of the passengers did not watch any of the preflight safety briefing. “The most frequently cited reason for [inattention] was that the passengers flew frequently and were familiar with the equipment on the airplane, making them complacent”.

‘Life Vest Under Your Seat’ and ‘Bottom Cushion Usable for Flotation,’ printed on the [overhead] passenger service units (next to the reading light switches) above each row of seats,”

These two paragraphs mostly answers your question: In risk assessment, time is an enemy. The longer we are exposed to the same risk warnings or safety indications, the less we pay attention to them. This is quite natural, especially when the briefing is not very creative, e.g. reusing this sentence from @GdD's answer (an example, not an actual briefing):

Statements ending in "... is our priority", or "... is important to us", are also usual formulas to wrap a legal rule getting in the way into a voluntary action (like the sudden interest in "protecting" privacy in the aftermath of GDPR)

From the same report about Flight 1549:

Many passengers reported that their immediate concern after the water impact was to evacuate as quickly as possible, that they forgot about or were unaware that a life vest was under their seat, or that they did not want to delay their egress to get one. Other passengers stated that they wanted to retrieve their life vest but could not remember where it was stowed. In all, 101 life vests were left stowed under passenger seats.

These mistakes might well cancel passengers own chances to survive, this is pretty clear in Hudson ditching where passengers had luck on their side. Mistakes can also have consequences for other people. From SKYbrary:

Following a 2005 runway overrun occurrence at Toronto/Lester B. Pearson International Airport (A343, Toronto Canada, 2005), the TSB found that “many passengers took their carry-on baggage with them during the emergency evacuation of the aircraft, despite the fact that [flight attendants] repeatedly provided specific instructions to the contrary.

Increasing the time for the last passengers to leave the plane likely increases the time flight attendants and flight crew helping them are exposed to danger.

Safety briefing is a legal requirement in the first place

ICAO describes safety briefings in Doc 10086, and explain the motivation:

Survivability in an aircraft accident is dependent on multiple factors [...] Passengers’ survival rates are improved when they are informed about the correct use of equipment and the actions they should take in the event of an emergency situation.

The safety briefing recommendation from ICAO is actually translated into a legal requirement at State level (R 965/2012 in EU, 14 CFR § 91.519 in US), whatever the size of the aircraft and regardless the flight is commercial or private. Any passenger must be explained prior to take off what to do in case of abnormal situation, in particular (R 965/2012):

Responsibilities of the commander: (7) ensure that all passengers are briefed on the location of emergency exits and the location and use of relevant safety and emergency equipment.

Whilst a requirement, the way it is fulfilled is not always very attractive.

Interest in the briefing

The form o the briefing changed over time, (e.g. when video briefings were introduced), but the content is still the same, except for personal electronic equipment use, so passengers are hearing the same message over and over and, except for first-time passengers, they know it's part of the legal requirements, interest has been lost since a long time.

This aspect can be reinforced by the lack of creativity of airlines, as highlighted in this SKYbrary article:

Operators frequently begin on-board safety briefings with “Regulations state that …” or “FAA requires …” or "Transport Canada requires …” or similar wording. But studies cited by Transport Canada indicate that the perceived importance of briefings is significantly lessened when introduced with a statement stressing regulatory obligation to comply, rather than safety accountability. Surveys also indicate that an apparent lack of endorsement by an operator, as well as a lack of individual crewmember responsibility, often has a contradictory or negative impact on the way passengers react to information provided to them.

Another element is aviation safety is trusted.

It's well known air travel is more safe than many other mean of travel, this is repeated over and over any time air travel safety is mentioned: 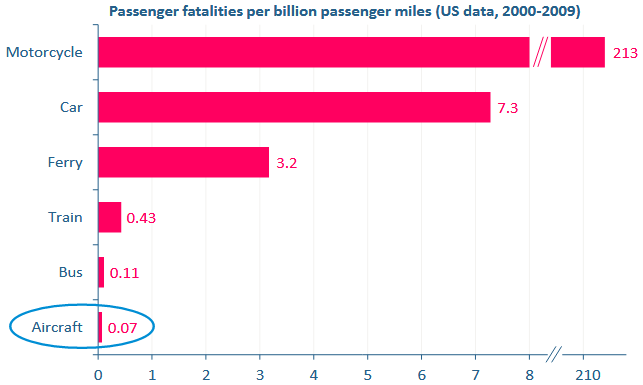 The low risk level associated with aviation by frequent travelers doesn't play in favor of paying attention. There is a background impression of safety, and aviation is actually safe from a statistical standpoint: 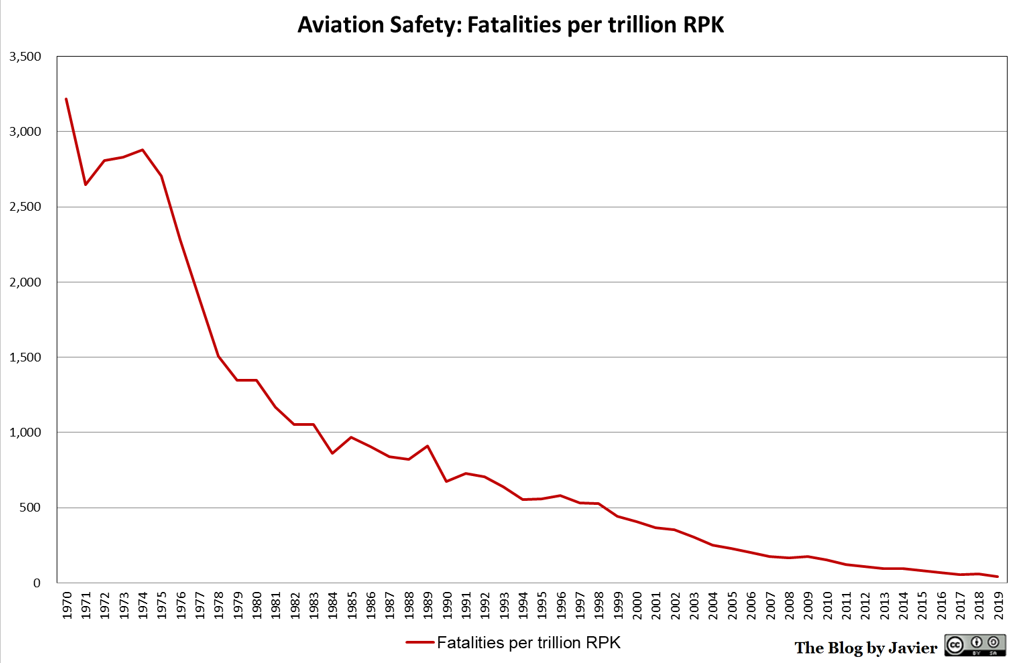 In 50 years of mass commercial aviation, we moved from 3,000 fatalities per trillion passenger-km a year to about 50. A decrease by a factor of 60. The security briefing cannot have the same impact.

When briefings were introduced, passengers where often new passengers, and air travel add a lot of mystery and fears associated with. Today air travel is a mass transport, passengers are mostly recurrent passengers. In this context it's natural to start re-evaluating the possibility of being involved in an accident, and under-evaluating the importance of being ready to face it.

If for the crew this risk of unpreparedness is mitigated by procedures followed regardless of the individual perception of a risk, for passengers there is little to do.

For your safety there are overwing exits here and here, and cabin exits here and here. If you are in an exit row you may be required to assist the cabin crew in opening the exits, please let the crew know if you are unable or unwilling to perform these duties. In the event of an evacuation slides will inflate, please remove high heeled shoes and leave all baggage and hand luggage behind. In the event of a water landing there is an inflatable life jacket under your seat. Place the jacket over your head, and tie it securely with a double bow. Wait until you are outside of the airplane to inflate your jacket.

In there is a loss of cabin pressure oxygen masks will drop down, take the mask closest to you, pulling it firmly to start the flow of oxygen. Put the cup over your nose and mouth and tighten the elastic straps by pulling like this. Oxygen will be flowing even if the bag does not inflate. Put your own make on before helping others.

Smoking is prohibited on this flight, this includes the lavatories which have smoke detectors. There is a fine of $??? for smoking in the lavatories.

I haven't flown commercially in 2 years but I typed that from memory. Many people who fly often would be able to do the same.

Yes there's more like the closest exit may be behind you but really it's the same material over and over. There's not going to be anything new, and the briefing isn't going to tell you what you could have already observes. By the time you have sat down you should know where your closest exits are and have studied the mechanisms as you walked by.

Not the answer you're looking for? Browse other questions tagged safety flight-attendant or ask your own question.

2
What are the safety demonstration time-constraints?
9
Is there any regulation to ensure that life jackets and safety cards are on-board?
22
What scientific evidence is there about the effectiveness of pre-flight walk-arounds?
11
Is there research suggesting that VFR cruise altitude rules improve safety?
4
Are there any safety features to prevent reversible-pitch props from reversing in flight?
7
Are there any aircraft that were grounded and later approved for flight?
4
Does the rule that alcohol on flights must be served by a flight attendant also apply to private flights?
9
I heard that the Yaw Damper is critical to flight safety. Why then are most planes allowed to fly with one (out of two) dampers inoperative?