Are there design differences between propellers powered by air (wind-power) and propellers for aviation?

What is the difference of design between a propeller designed to be powered by the wind (i.e. those huge wind power turbine blades) and those designed to be used to propel a plane that are powered by an engine (i.e. a Cessna 172's props)?

(To be clear, I'm talking about one that is powered by the air vs one that powers through the air.)

Blades of wind turbines, airplanes and helicopters are essentially the same. They are all wings, roughly to do the same job. However, each one is designed or enhanced to do their special job. The differences can be:

Wind turbines use blade pitch to adjust the rotation speed and the generated power. Wind turbine's control system adjusts the blade pitch to keep the rotor speed within operating limits as the wind speed changes. In aircraft, blade pitch is usually described as "coarse" for a coarser angle, and "fine" for a finer.

The airfoil profile is also slightly different since, in the case of propellers, the goal is to push the air through. Therefore, the lift produced by the wing and felt by the shaft will produce torque that opposes the rotation. In the other case, the goal is extract energy from the flow going through the turbine. Thus, the lift force is in the opposite direction and helps the shaft rotation. Furthermore, more specific energy (as in per unit mass) can be extracted from the flow than injected into it. This is because, in turbines, the flow is going down the pressure gradient which has a stabilising effect. With a propeller, you're trying to push the flow through an adverse pressure gradient and this tends to enhance flow separation on your blades. Therefore, turbines tend to have higher loads and require thicker profiles.

Airplane propeller has blade angle almost perpendicular to the rotor axis. It normally ranged 0-15 degree. 0 degree will not produce any thrust. More than 15 degree will produce more drag, compare to the trust. 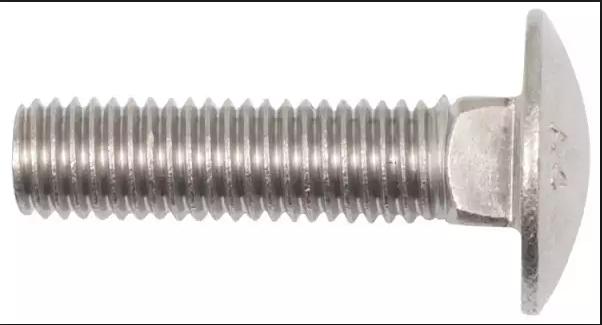 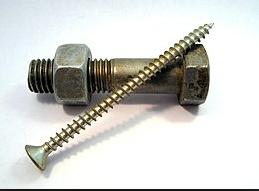 This two kinds of bold. The single one is reflecting the AoA of propeller. The corrugation almost perpendicular to the bolt (axis) itself. While the smaller bold in the second picture, showing longer pitch. The longer the pitch until almost parallel to bolt (axis) itself, the more suitable to the wind turbine blade.

12
Is the Progress D-27 really a propfan?
20
Why don't aeroplanes use propellers with more blades like the intake on a fanjet?
5
Do any propellers/propfans use stator vanes? Why is this not a commonplace feature?
0
How does 'standalone' propeller efficiency change with altitude?
9
If an elliptically-shaped aerofoil gives the optimum lift distribution, why aren't propeller blades designed around this ideal?
2
What are the pros and cons of putting a propeller immediately before a slipstream pylon vs. immediately after
14
What do "cork screwing" and "pushing air" have to do with propellers?
2
How does the wake behind a propeller blade affect the next blade if the airflow through the propeller should be clearing the wake?