How to calculate the efficiency of a rubber powered propeller

I made a simple test rig together with a stopwatch to measure the thrust (in grams) with respect to time of a rubber powered propeller. This enabled me to compare the performance of different propellers in terms of duration and average thrust. However, I cannot determine how efficient these propellers are. What could be the missing data that I should take into account to calculate its efficiency? 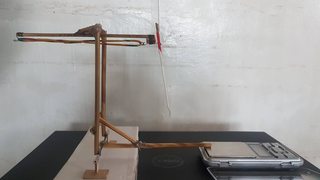 You should avoid dated units, such as the gram-force. Now, the area under your graph is in $MLT^{-1}$ units, force x time. These correspond to the variation of momentum $∆MV$ imparted to the air by the prop. Perhaps you could use that area as a reference, when testing other props...

In order to compare efficiency, you would need some way of measuring the torque exerted by the rubber band, and compare (thrust generated/torque required). You could construct a second arm&scale mechanism at 90º of the existing one that is loaded by the wound up rubber band.

Momentum theory has a glossary efficiency term, the Figure of Merit. Basically, for helicopters, it is defined as (Ideal power to hover/actual power required to hover), with the actual power being the power from induced drag + power from profile drag. 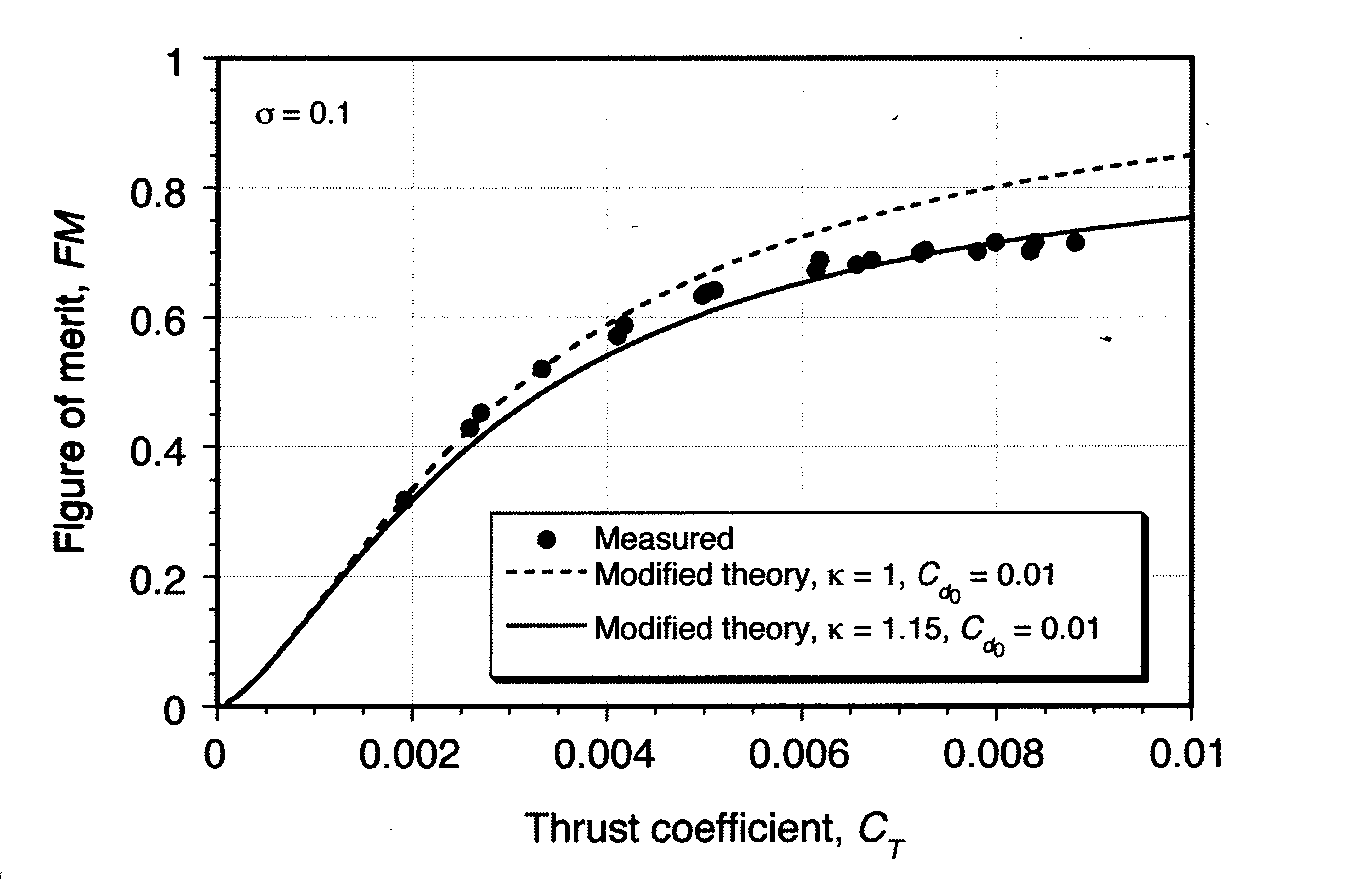 Chapter 2.8 of Principles of Helicopter Aerodynamics by J. Gordon Leishman contains a detailed explanation, The figure above is Fig 2.8 of the book, with thrust coefficient $C_T$ defined as

Fig 2.8 shows the dimensionless thrust coefficient $C_T$, and the chapter mentions that only rotors (or propellers) of equal area should be compared. Or compare $C_T$ with $C_Q$ for different propellers, with $$C_Q = \frac{Q}{\rho \cdot A \cdot \Omega^2 \cdot R^3}$$ with Q = torque in [Nm].

The above should get you going, more detailed info in the reference books.

Not the answer you're looking for? Browse other questions tagged propeller efficiency thrust or ask your own question.