Why, with a constant speed propeller, does moving the propeller control forward increase drag?

Could someone explain why, let's say in a constant speed propeller, with moving propeller control forward the drag increases? It is noticeable when we push the blue knobs forward in flight that the airplane has an additional portion of drag.

The prop control sets the engine RPM. Moving it forward allows the governor to flatten the blades, which results in a lower angle of attack. In fact, in certain circumstances the AoA goes so low that it actually becomes negative, meaning that the airflow is moving faster through the propeller than the propeller is moving forward. This is like running around with a pinwheel.

We can immediately infer that the sharp deceleration felt when the prop control is sped up is due to the effective pitch being longer than the geometric pitch. This is how we know the AoA is negative. 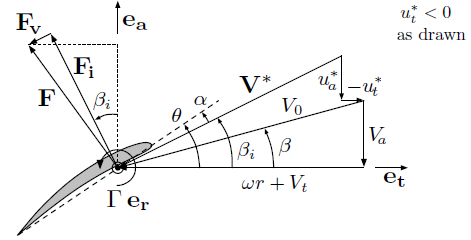 @MichaelHall explained it well in his answer, so I won't go into it much here. In short, the negative AoA means that instead of the high pressure area being the underside of the blade, it becomes the topside. This inverts the $F$ vector direction, and means that the propeller is no longer absorbing torque from the shaft, but is instead transmitting torque to the shaft.

Where is the energy going?

The prop is spinning faster, true, but why is this slowing the plane down? After all, $E = F d$, and so if there's a deceleration Force, there must be somewhere that Energy is flowing.

The answer is two-fold. A small amount of energy goes to parasitic drag losses in the propeller, but the vast bulk of it goes to the engine pumping and friction losses. 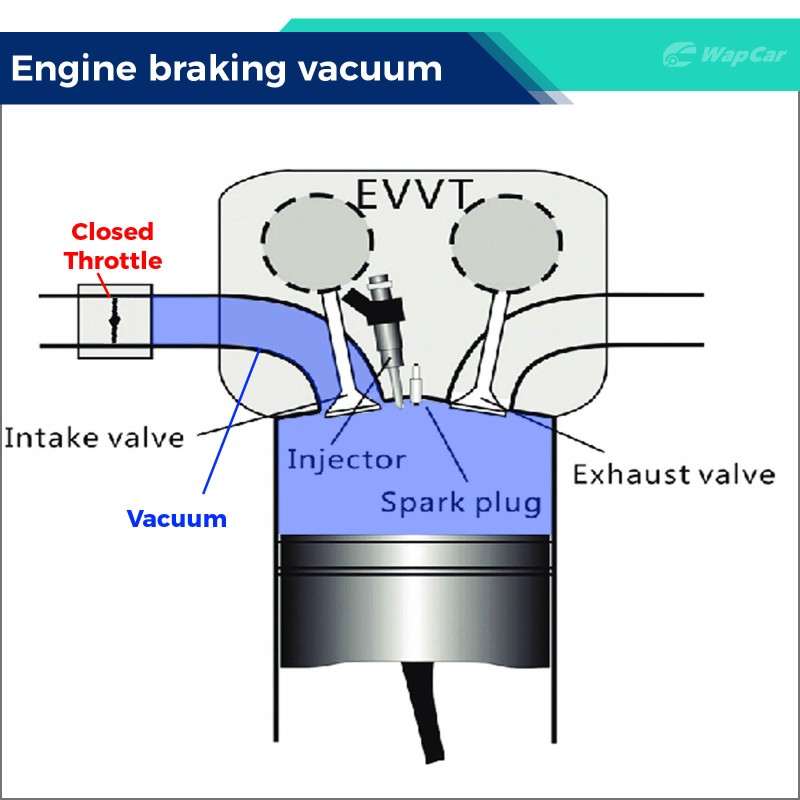 Considering that the 0-360 only makes 180hp, an engine braking factor of approximately 10% of peak thrust is certainly going to make itself felt.

While we haven't taken into account internal friction nor parasitic drag, nor deviations from an ideal Carnot engine, we can still see that the primary power sink is the engine pumping air against a closed throttle plate.

This engine-braking effect is very familiar to motorcycle riders and stick-shift drivers, and the same principles apply. Interestingly, this does not apply to diesels, as they do not have a throttle plate. They have far lower engine braking forces and diesel trucks have to go to some length to create engine braking force, which is a useful backup to traditional friction brakes.

[*] Read about the fascinating and ingenious method to achieve true 0-thrust, required in order to empirically test a powered plane's glide ratio: https://engineering.purdue.edu/~andrisan/Courses/AAE490A_S2010/Buffer/AIAA-46372-872.pdf
[**] We assume no friction losses and minimal heat transfer.

Let’s take the engine out of the equation to simplify things. In fact, let’s take the prop out too, and consider a very elementary comparison – the old “hand out the window” example...

Put your hand out the window when you are driving and feel the drag it creates. Now rotate your hand. Can you feel how there is little drag when your hand forms a “knife edge” versus when your palm is flat, and perpendicular to the airflow? (I know you know this and I'm not trying to insult anyone's intelligence, but I find it useful sometimes to pull way back to the basics to make a point...)

This is the same principle at work when you vary the pitch of the prop. When you move the prop control aft towards course pitch you are decreasing the surface area of the prop that is facing the airflow, decreasing drag. (remember, we are considering a free spinning prop here, in a gliding descent, because I took the engine power out of the example for now…) With a full feathering prop it is possible to “knife edge” the prop blades, creating very little drag.

Now consider the opposite, that we move the prop control full forward. This has the effect of flattening the blades to a fine pitch. If we go far enough they form a slow rotating disc, with a lot of surface area exposed to the oncoming wind, creating lots of parasite drag. (just like the palm of your hand.)

Let’s add the engine back in - During take off and climb we select a fine pitch, but it isn’t to create drag, it is to get the most power at high RPM and slower airspeeds when we need it. Just like shifting your car or bike to a lower gear when going up hill. Normally in cruise or descent we pull the prop lever back to select a coarser pitch for high speed lower RPM efficiency, just like you might use overdrive on the freeway.

When the prop is under load from the engine it is producing power. The blades have a positive angle of attack, and they are taking “bites of air” and accelerating them rearward to create thrust. However, in a descent with the power at idle, the reverse might be true. The angle of attack can be negative as the props extract energy from the airstream to rotate instead of adding energy. This contributes to the decelerative effect of the drag.

Basically by varying the blade angle and engine power setting we can use the prop to either pull ourselves forward, or to resist forward motion.

So, when might we use the prop to create more drag and resist forward motion? Well, on a descent at flight idle when trying to slow down to landing gear and flap extension speed. Without speed brakes it can sometimes be a challenge to slow down, but if we move the props to a fine pitch they flatten out and become a very efficient drag device.

I know, it feels counterintuitive to shove the props up to slow down, but trust me it works quite well. It's similar to the idea of downshifting your car on a steep decline instead of riding your brakes. (and it sounds from your question like you have experienced this effect firsthand...)