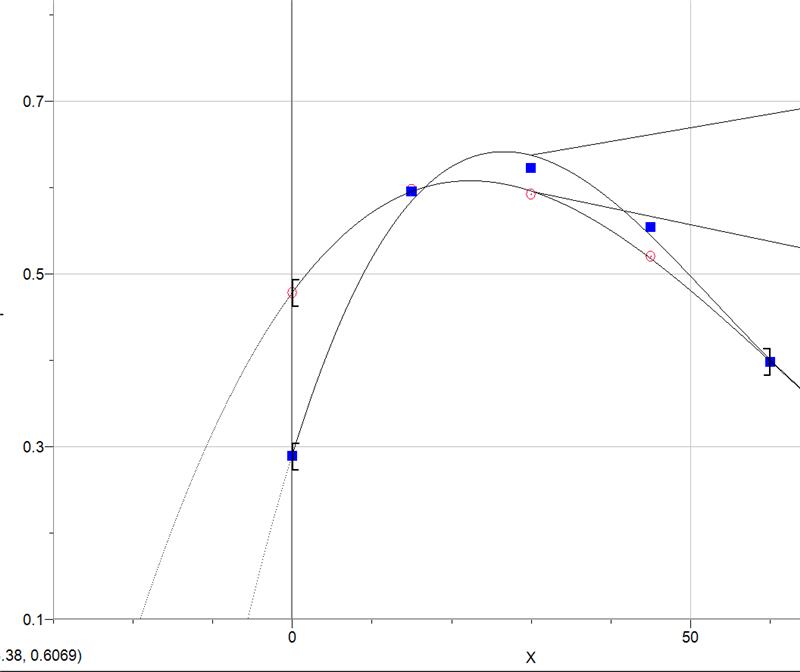 Setting the "experiment" aside for now, we can see that ground effect does indeed increase Lift. The first picture of the excellent reference Chapter 17 Ground Effect tells much. As one our most prominent writers often tells us, the vortex rolls off the entire trailing edge, not just at the wing tips.

Reasons for this may lie beyond "coefficient of lift", which deals with airfoil type and Angle of Attack.

From the first picture, we can see downwash is reduced. From the graphs, stall (of the upper wing) occurs at lower AoA. This implies weakened circulation over the top of the wing, resulting in earlier flow separation. This would seem to make ground effect bad but ...

Greater lift is generated by increased air density underneath the wing. This is not unlike the phenomena of "water skiing" where the (much) greater density of water can hold up the entire weight of a person at less than 20 knots. Water skis are not know for their top lift.

There is also the thought that ground effect extends wingtip vortices away from the wingtip.

As mentioned in this excellent answer, ground effect of aeroplanes can be modelled as extra lift from the mirror image of the plane. The image above depicts the effect on the tail plane, main wing is identical.

This Prandtl Lifting Line Theory can be explained as extra lift from the mirror image of the wing. Torenbeek Appendix G.7 contains some expansion of the ground effect with flaps extended, with three diagrams on its effect on airfoil lift, below. 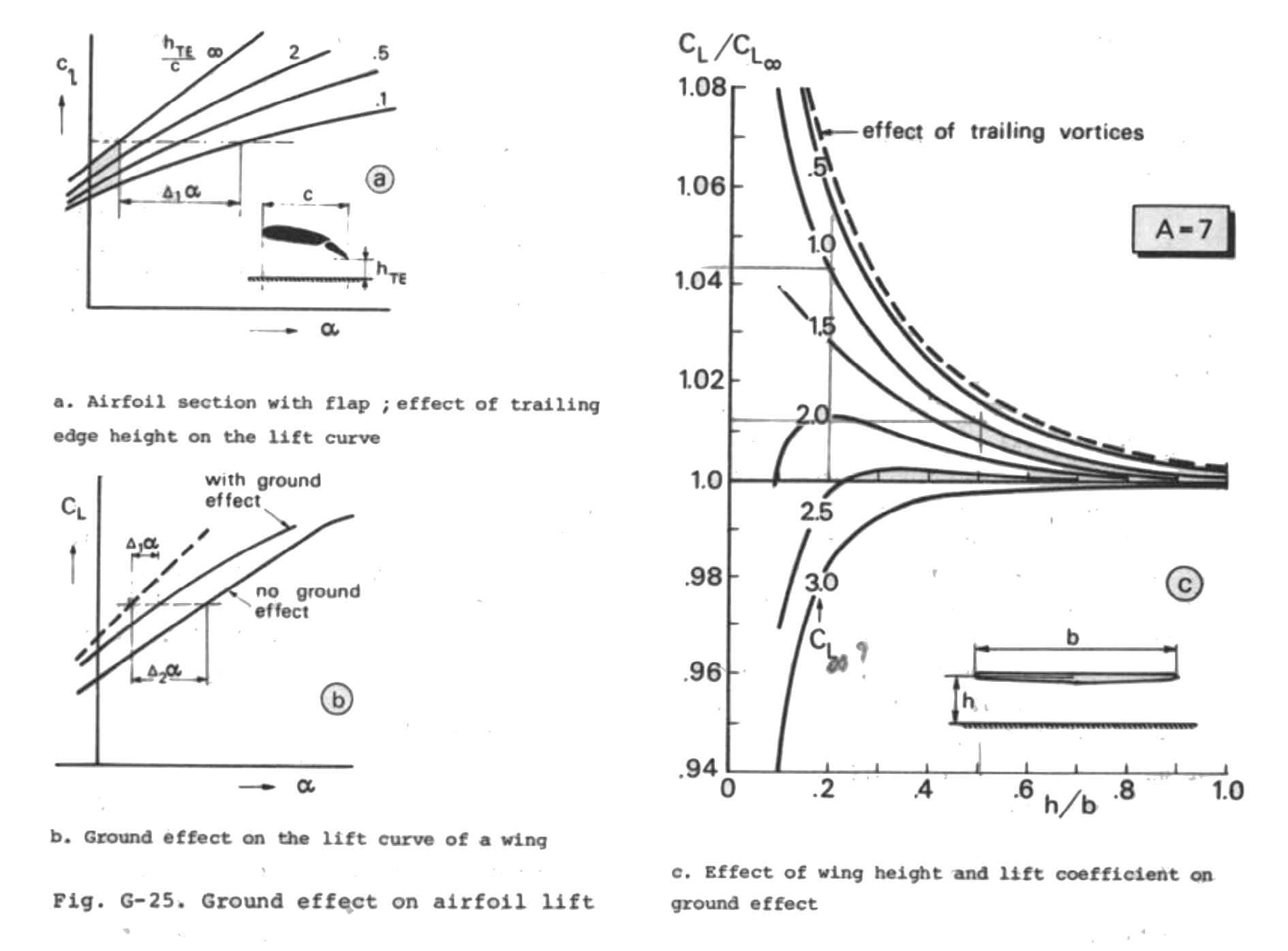 Graph b. shows the two lift slopes of a wing in and out of ground effect. For a given angle-of-attack $\alpha$, there is indeed a higher $C_L$ in ground effect.

Ground effect is complicated. That is because it actually consists of at least two effects, subsumed under a single term:

Take angle of attack (AoA): At low AoA, the lift curve slope is higher than in free flow while at high angle of attack it becomes lower. Hing AoA means also high induced angles, so here the blocking effect of the wake by the ground becomes more pronounced and reduces induced effects. To say that "ground effect increases lift curve slope" is only valid for low AoA.

Next, AoA is based on the definition of the wing reference chord. It does not include the lift provided by camber, neither does it make clear how twist, changes in airfoils, flap deflections and washout change the local lift over span. Only when that information is included can ground effect be described properly.

Or look at how height is measured. Is that the height of the leading edge, or the quarter chord line or the trailing edge? Some authors even omit that distinction and seem to think it doesn't matter how height relative to the ground is defined. This also makes their graphs effectively worthless.

And then there are authors who present their results without labels or legends. Your question is testament to you being part of this distinct group. I am sorry to say that this makes your graph worthless as well.

Not the answer you're looking for? Browse other questions tagged aircraft-design aerodynamics aircraft-performance general-aviation ground-effect or ask your own question.

9
Does ground effect scale 1:1 with wingpsan?

31
Why the ground effect has such a different outcome for wings and cars?
2
Is it possible to estimate airspeed on top and bottom sides of a wing at zero angle of attack?
1
Why local(section) lift coefficient(CLL) is higher near the wing tips compared to the root on untwisted tapered wings and untwisted swept(aft) wings?
10
Is this paragraph about the dihedral effect in the FAA's Glider Flying Handbook correct?
0
Pressure Distribution Pattern around Wing
3
Is (L/D)max achieved at a specific speed or AOA?
0
New Research: VGs increase lift to drag ratio up to 880%. Does it work for flaps too?
3
How does downwash affect angle of attack?
0
How does the aircraft keeps propelling forward when airflow and thrust are not aligned?