How does the particular piece of flap behind an engine on a B777 work?

On several B77 photos, I notice that flaps just behind the engines are not always coordinated with the others flaps. On this photo flaps are extended but not behind the engine whereas on this photo all flaps are extended. Given the position of this particular flap, I suppose there is something to do with the interaction between flaps and engine. Given the difference between the two photos, it may also have something to do with spoiler extension.

EDIT: OK the two photos are not the same plane, but I find a video where it is obvious this piece of flap is not always coordinated with the rest of the flaps. When looking at the video I first thought it was a flaperon, but after the flaps are extended, it deflects upward several times without making the plane banking.

It is called "inboard aileron" or "high-speed aileron" and is actually a flaperon. It will deflect with the flaps but not extend backwards. At high speed, the outboard ailerons are locked and all roll control is achieved by deflecting the inboard ailerons (and spoilers, if needed). This helps to reduce wing torsion and twist.

Background: Since the trailing edge's sweep angle has a break at the wing station of the engine, and since in Boeing aircraft the flaps extend perpendicularly to the hinge line, there must be a gap between inboard and outboard flaps, otherwise they would collide during extension. This gap is best placed in the station of the engine blast, and is filled with a simple hinged flap. Note that Airbus aircraft have rear-sliding flaps, which stay at a constant span location and can be adjacent to each other even at the wing station of the sweep change. 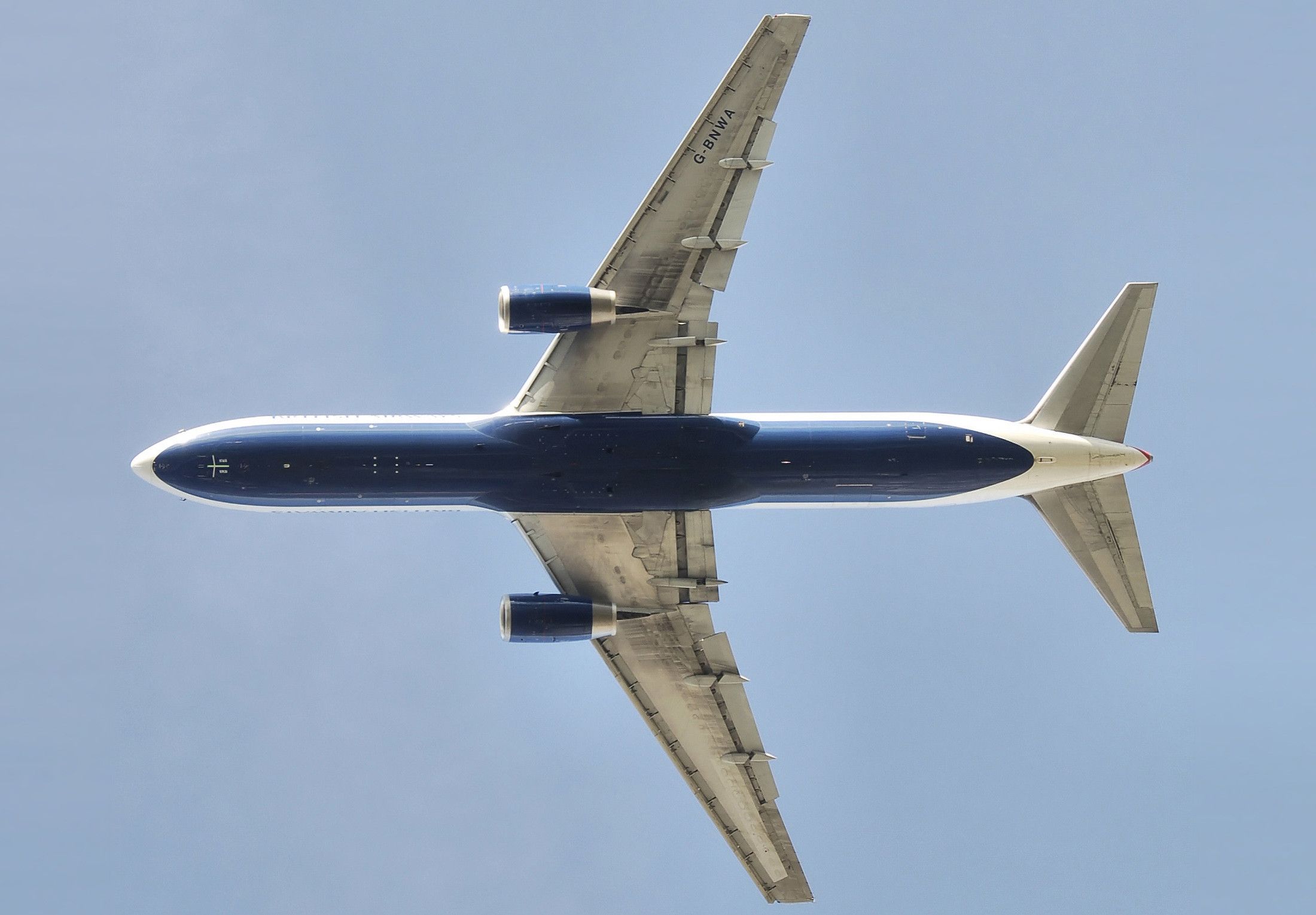 Boeing 767 from below. Picture by Adrian Pingstone (source)

The picture is of a Boeing 767, but shows the flap arrangement nicely. Note the offset of the forward and rear part of the Küchemann bodies which house the flap tracks.

To expand slightly on ratchet freak's comment, they're different models of plane, with different engines. The first photo is a 777-300ER with General Electric engines (the only kind fitted on -300ERs); the second is a 777-200ER with Pratt and Whitney engines (one of three engine options). Looking at other photos, it appears that the flaps directly behind the engines of -300ERs don't extend nearly as far as those on the rest of the wing.

And note that there are significant differences between the -200ER and -300ER. For example,

That small part on the 777 is called a flaperon because it behaves like an aileron and a flap. It is particularly active during the landing phase where it is controlled by a function called "LAM", Landing Attitude Modifier. During other phases of flights, it stabilizes the plane in the roll axis, this method is more efficient because it creates less drag, making the plane more fuel-efficient. When the flaperon are not sufficient to maintain roll spoiler panels are then commanded by the flight computer (PFC). That feature is a patent https://patents.google.com/patent/EP0809165A1 It is inactive during take-off below a certain speed (that I will not disclose as proprietary information).

Not the answer you're looking for? Browse other questions tagged flaps boeing-777 or ask your own question.

5
What is the purpose of an inboard aileron?
5
Is it normal for the flaps to move like this?
2
777 small wing panel moving all the time during landing
11
Can an aircraft be turned without rudder input?
8
Why is there a difference between aileron upwards and downwards deflection angles?
9
How do the uninterrupted and interrupted flaps compare?
1
Why are the flaperons on the 787 located so far in-board?
0
On large aircraft, why do flaperons not run the full length?
1
How much do aileron on a commercial airliner move for manoeuvring and trim?

15
Why are flaps retracted when an aircraft is parked on ground?
16
Do flaps have a maximum speed limit but spoilers don't? Why?
14
Do modern airliners have a flaps warning indication?
14
Why are the outboard Krueger Flaps retracted before the others on the B747?
1
What backup systems are in place for flaps actuated by sliding block guides?
4
What is this unusual leading edge flap on a B737-200?
0
Why does the DHC-6 pitch down when the flaps are retracted, rather than up?
11
Why are Krueger flaps called flaps and not slats?
2
Does the flap settings for the best lift/drag ratio change with speed on the Diamond DA20-A?
0
On large aircraft, why do flaperons not run the full length?