This is an image of a set of questions that are relevant to an Airbus A380 type of aircraft (4 engines): 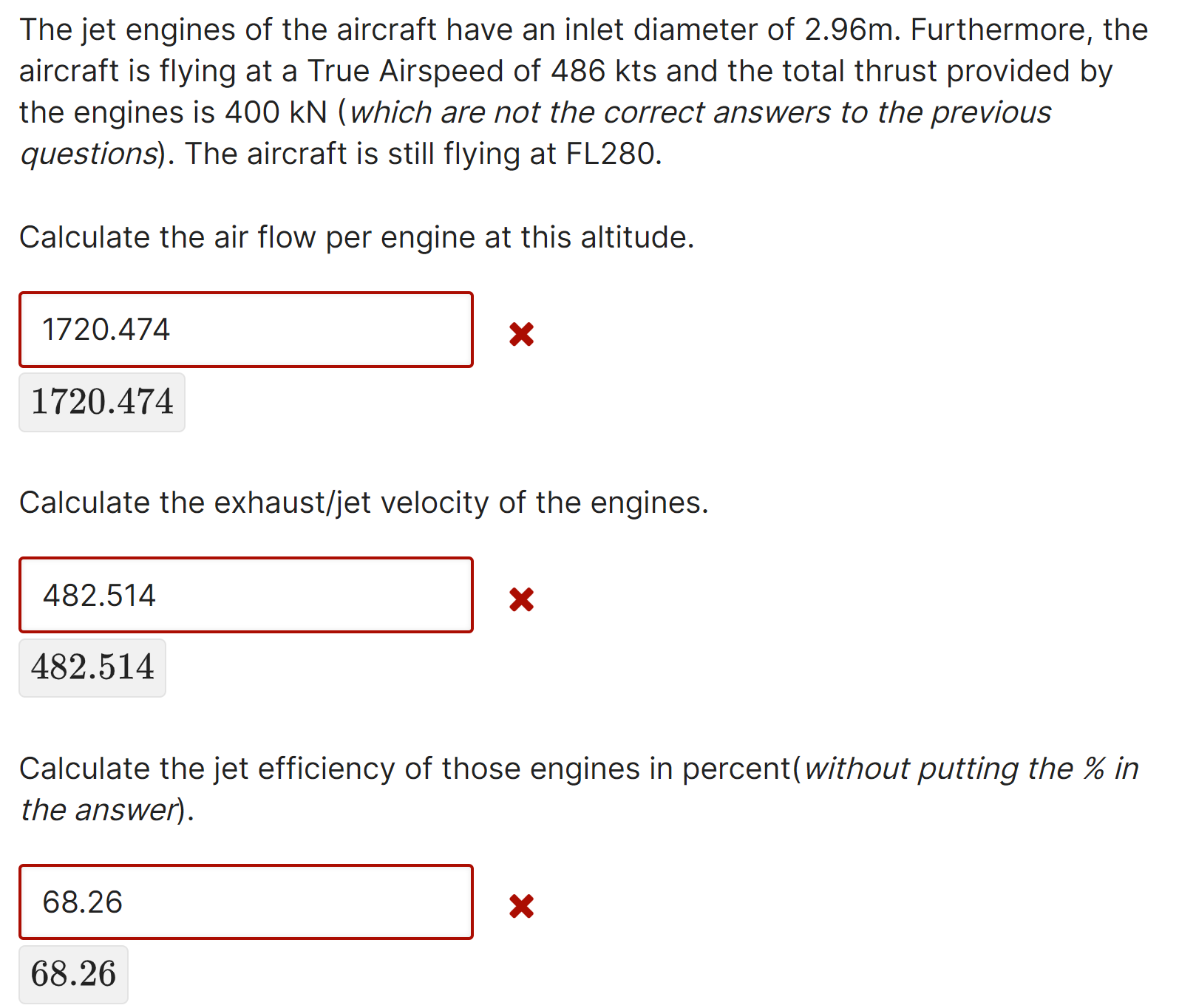 As the answers are incorrect, I'd like to understand how these need to be calculated.

I would like to know the correct answers (and what I did wrong).

@ Q2) For one engine the thrust is 200 kN (under the assumption that 2 engines are on the aircraft and split the load evenly; from a later comment it became clear that there are 4 engines, the exercise continues for 2 engines; for four engines, the thrust value needs to be halved = 100 kN)

For four engines you will get 368 m/s (average) jet velocity leading to a 81 % jet efficiency; it is left to the reader to calculate this.

What went wrong is that the thrust is specified for all engines as a total, you need to work out the thrust per engine. Note that the exercise is a simplified version of reality, assumptions are stated in the answer, but for proper calculation should be considered; however, this would require more input.

31
What would have happened if the jet engine on my aircraft had ingested caulk from the pavement?
7
What aircraft are these, and why are these engine sizes so different?
7
What performance issues/symptoms can a pilot expect while taking off above MTOW?
12
How (and why) does engine thrust change with airspeed?
4
How would exhaust heat recovery into the combustion chamber affect the efficiency of a jet engine?
2
Why isn't Vy lower than the speeds for best L/D ratio and best glide ratio in an airplane with a piston engine and a variable-speed prop?
3
Why does turbofan exhaust appear to reverse direction?
4
In this F-104 V-n diagram, why does the stall speed (in terms of IAS) decrease with altitude in some parts of the flight envelope?