What are the approach speeds for each flap setting in a Cessna 152?

Although the POH does not break down the different flap settings referenced in your question (some interpolation is necessary) it does identify the appropriate speeds for flaps up, normal approach (flaps 30) and short field approach (also flaps 30).

The primary benefit of using flaps is to allow for a lower airspeed while still generating the appropriate lift. (this also results in a steeper angle [when a slower speed is used] for landing and takeoff). 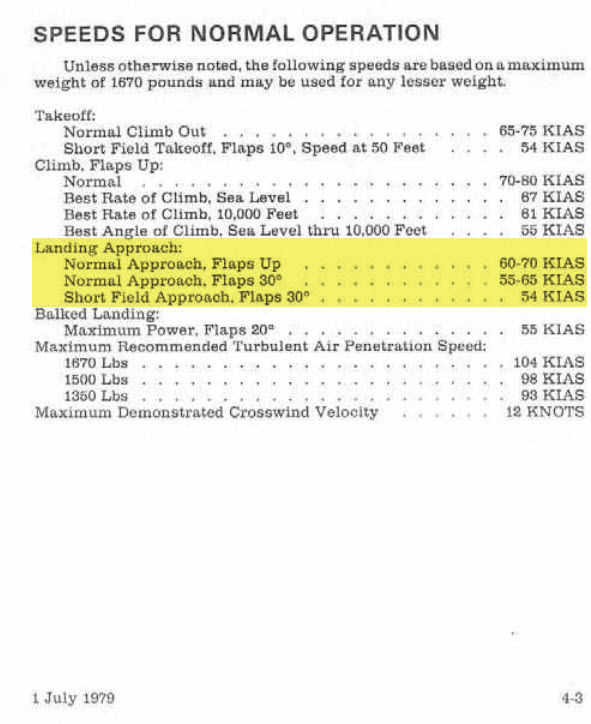 FLAPS 0 can used for a higher approach speed when there is wind. This "clean" configuration will give you the greatest gliding distance (least drag per distance flown). Approach speeds are higher and the glide angle is flatter. This is fine when one has adequate runway to work with. With 0 flaps, the wing has less camber and lower coefficient of lift. It makes up for this by going a bit faster.

Flaps 10 is used for short field approaches. It increases wing camber and coefficient of lift, allowing the aircraft to approach around at a slower speed while still generating adequate lift. Because there is greater drag, the glide angle will be slightly steeper. Better to use this one if the landing area is shorter.

FLAPS 20, 30 (and 40) serve to further steeper the glide angle by increasing drag. These flap settings generally do not increase lift much more and are not used for that purpose because they are excessively draggy.

FLAPS 10 can also be used for short, soft field takeoffs, but the plane climbs more efficiently at Vy, with FLAPS 0.

Another way of looking at it is: increasing coefficient of lift by increasing camber allows one to fly at the same Angle of Attack at a lower airspeed.

Angle of Attack and Camber form the Lift Coefficient. Too great and angle of attack causes a stall, so it is smarter to increase camber to fly more safely at a lower airspeed.

The variables of lift related to aircraft configuration and velocity are explained in the Lift Equation:

Note that velocity is squared.

Not the answer you're looking for? Browse other questions tagged approach flaps v-speeds cessna-152 or ask your own question.

7
What is the working principle of a Gurney Flap?
5
What are the aerodynamic differences between the different types of slotted flaps?
6
What is the role of a flight control computer during a steep approach?
11
What is the point of having lots of different flaps settings?
9
Why would a pilot want to land with less than full flaps?
0
What is the sequence of ATC frequencies for final approach at JFK?
1
How does the safety record of a Cessna 152 compare to a jetliner in Europe?
1
What are the dimensions of an approach plate plan view in nautical miles?
0
How do airplane designers determine flap deflection angles for flaps of various % wing chords?
2
When does the FMS in the 737NG switch to approach mode?