Could Sudden Decompression Cause You to be Shot Out of the Tunnel on a B-29?

One of the features of the WWII B-29 bomber was that it was pressurized. The aircraft had pressurized areas in the front and the back of the aircraft. Connecting the two was a pressurized tunnel over the bomb bay, shown below. 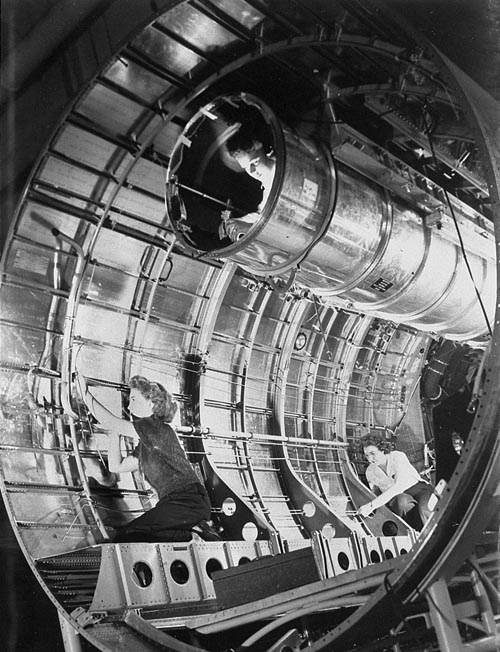 This tunnel was a popular resting place for crew during long missions because they could stretch out in it. (Despite what some early pictures show, the B-29s used in the war did not have bunk beds.)

However, many crewmen thought that resting in the tunnel was also a bit risky because, if the plane suddenly lost pressure in either the front or rear compartment, they could have been shot out of the tunnel at considerable speed.

Was this a valid concern?

For purposes of this example, assume that the tunnel was 2 feet in diameter and 35 feet long, that they were flying at 25,000 feet (pressurized to 6,000 feet) and that the crewman weighed 150 pounds and was blocking about 1/2 of the cross-section of the tunnel.

If lying down, probably air would just whoosh past you for a second or two until equalized and it might slide you along a bit. There isn't a lot of volume in the two pressure chambers and a decompression would have to be instantaneous and massive (like a waist gunner blister blowing out), and the whoosh of air would be quite brief.

However, it'd be worse if you were on your hands and knees. You'd get carried along and knocked down for sure for at least a short distance, and if you were near the end on your hands and knees, you might come spilling out with enough velocity to get banged up a bit. So I would be wary of a decompression while climbing in and out and crawling along on all fours, but once laying flat I don't see that sort of thing happening. 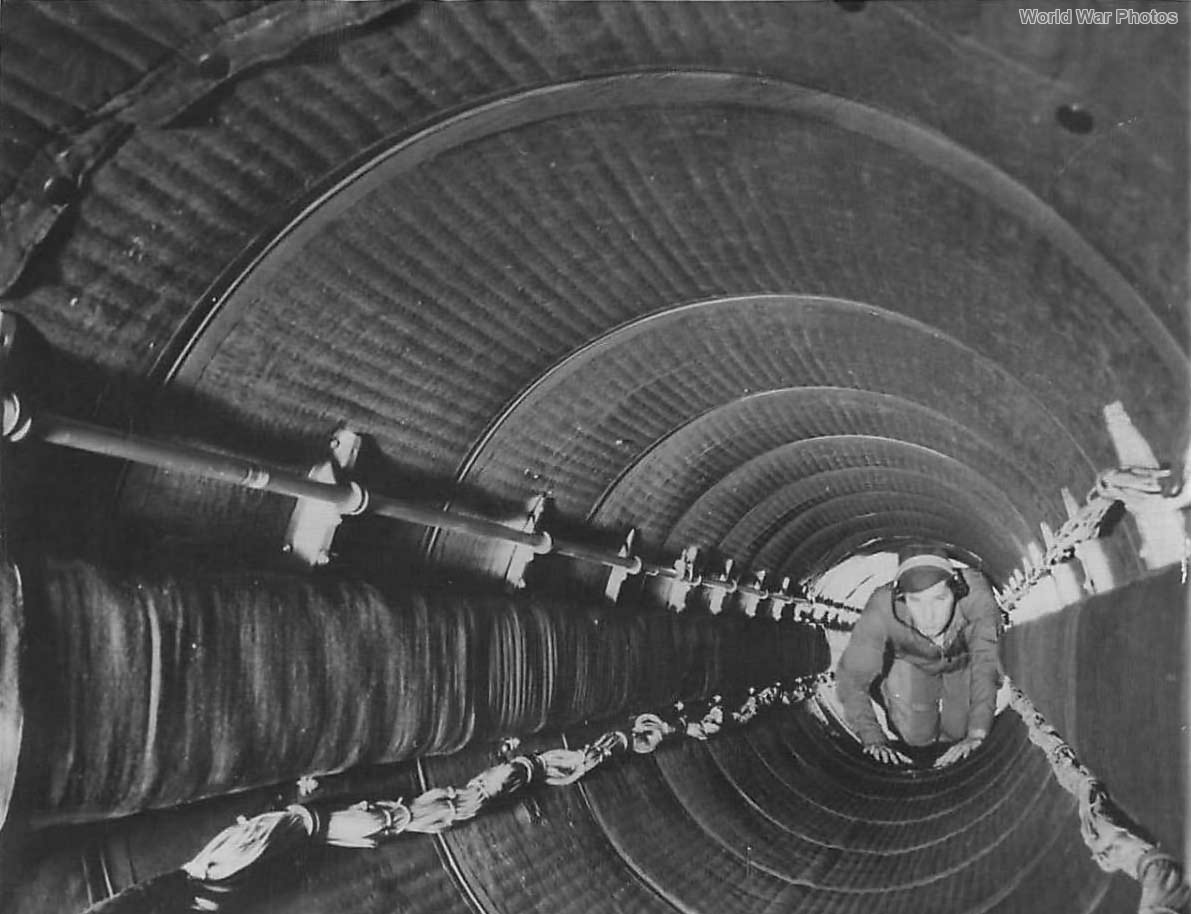 Now, if you had a 75 inch waistline from eating too many mission debrief doughnuts (and somehow still were fit to be a crewman) so you were a tight fit, you probably would come shooting out the end, since you are basically a human air rifle pellet with nearly 3000 lbs (6.6 psi) trying to get past you.

Not the answer you're looking for? Browse other questions tagged aviation-history wwii b-29 or ask your own question.

48
Could the Wright brothers fly across the US today?
11
How are aircraft controlled that have no forward view out of the cockpit?
15
Was the Hughes H-4 Hercules capable of flying out of ground effect?
9
Could the filming of the 747 in "Awakenings" have taken place during the 747 flight testing?
5
What was the first supersonic wind tunnel?
11
How far could the Wright brother's catapult have thrown their unpowered plane?
2
How to find out what engine a plane had in the past?
8
Was the foil in older FDRs reused when it ran out, or replaced?
27
How could the B-29 bomber back up under its own power?
6
Did the jet stream really stop the B-29, or was it just bad luck?