Did LeMay actually require crews to remove their guns on B-29s?

There is a persistent rumour/storyline that, during and after the successful low-level raids on Tokyo in March 1945, LeMay ordered that all B-29s remove their guns, except for the tail gun. However, I have found no evidence that this ever really happened.

Removing gun turrets would have left holes in the fuselage. And removing guns would have left a hole in the gun turrets. I have been told that they might have been encouraged to limit their supply of ammo (to reduce weight). However, everyone appears to have ignored this order. Similarly, as far as I can tell, the crews never gave up their gunners. (Interestingly, though, gunners were sometimes called "observers", implying that their primary responsibility was now to observe the condition of the aircraft from their stations.)

I am intimately familiar with the operations of the 6th Bomb Group stationed on Tinian and have talked to many veterans of this and other Groups. However, I am not as familiar with operations on Guam, where LeMay was headquartered. Does anyone know whether the Groups on Guam or elsewhere were required to remove their guns?

Regarding several of the comments - you are correct in surmising that the guns and/or turrets could have been removed in the field and that crew could have been left behind. However, the question I am asking is whether they actually did.

I have seen hundreds of pictures of B-29s and, other than the silverplate versions mentioned in the Answer, I have never seen a picture of a regular B-29 (or B-29-A) with guns or turrets removed.

Thus, the quote from LeMay indicates that, contrary to common belief, the guns were not removed on a permanent basis, if at all. In fact, it may have been nothing more than a proposal that was dropped following strong pushback from the aircrews. Sometimes proposals, if they are controversial enough, get mistaken for facts.

Yes, in March 1945 Curtis LeMay did order guns and ammo removed, but then shortly after rescinded the order.

Here is a quote from his book titled “Superfortress”:

“At first, we had decided to take out the guns and gunners to make up for the shortage of airplanes, because it would be another factor in helping increase the bombload. However, if the change to low altitude had been quite a step to take, then going in at low altitude with half a crew was something else! I find it impossible to describe the relationship that developed between crew members going into combat together. They were more than a team, they were like a family. If a crew member was sick, or for some reason could not go on a mission, the rest of the crew felt as though part of them was missing, and they would not do as well without him. So flying these missions with half a crew was quite an emotional experience for those who stayed as well as for those who went. Tampering with crew morale was something I did not want to do, and so the gunners went back in, but only with ammunition for the bottom turrets, and with searchlights as the only targets for them to shoot at. I was much more worried about B-29s shooting at each other than I was about any fire we might receive from the ill-equipped and inexperienced Japanese night fighters.“

My guess is they temporarily removed just the guns but left the turrets in place with holes remaining. The holes would not be a problem in the unpressurized turrets.

I think the common misconception/exaggeration you noticed is also attributable to the fact that the “Silverplate” Atomic Bomb B-29s and the later B-29B model aircraft were used in service with defensive guns removed.

I believe those aircraft had the entire turrets removed at the factory, and had flush panels to cover the holes.

Here are some photos of B-29s without the turrets. 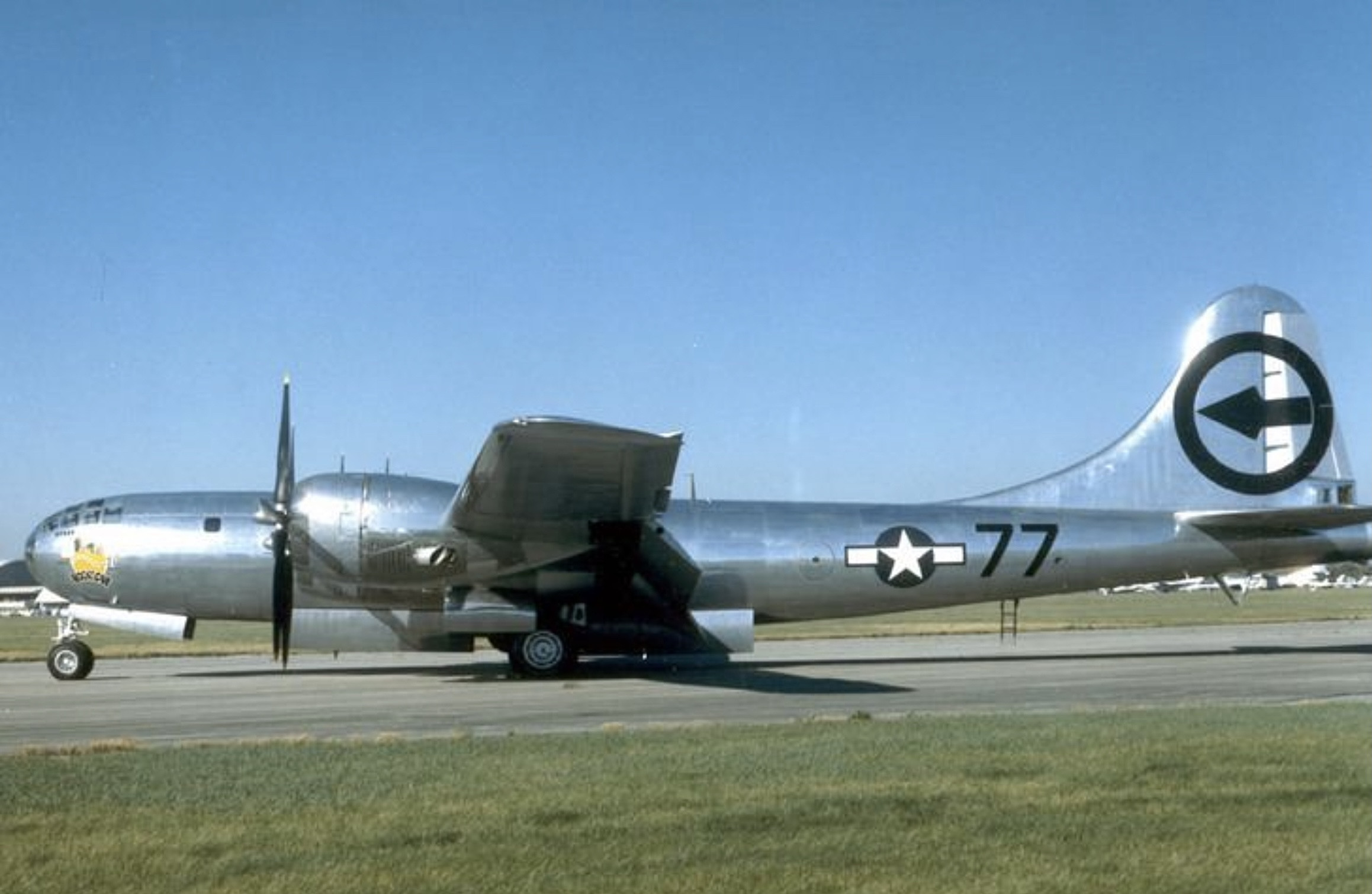 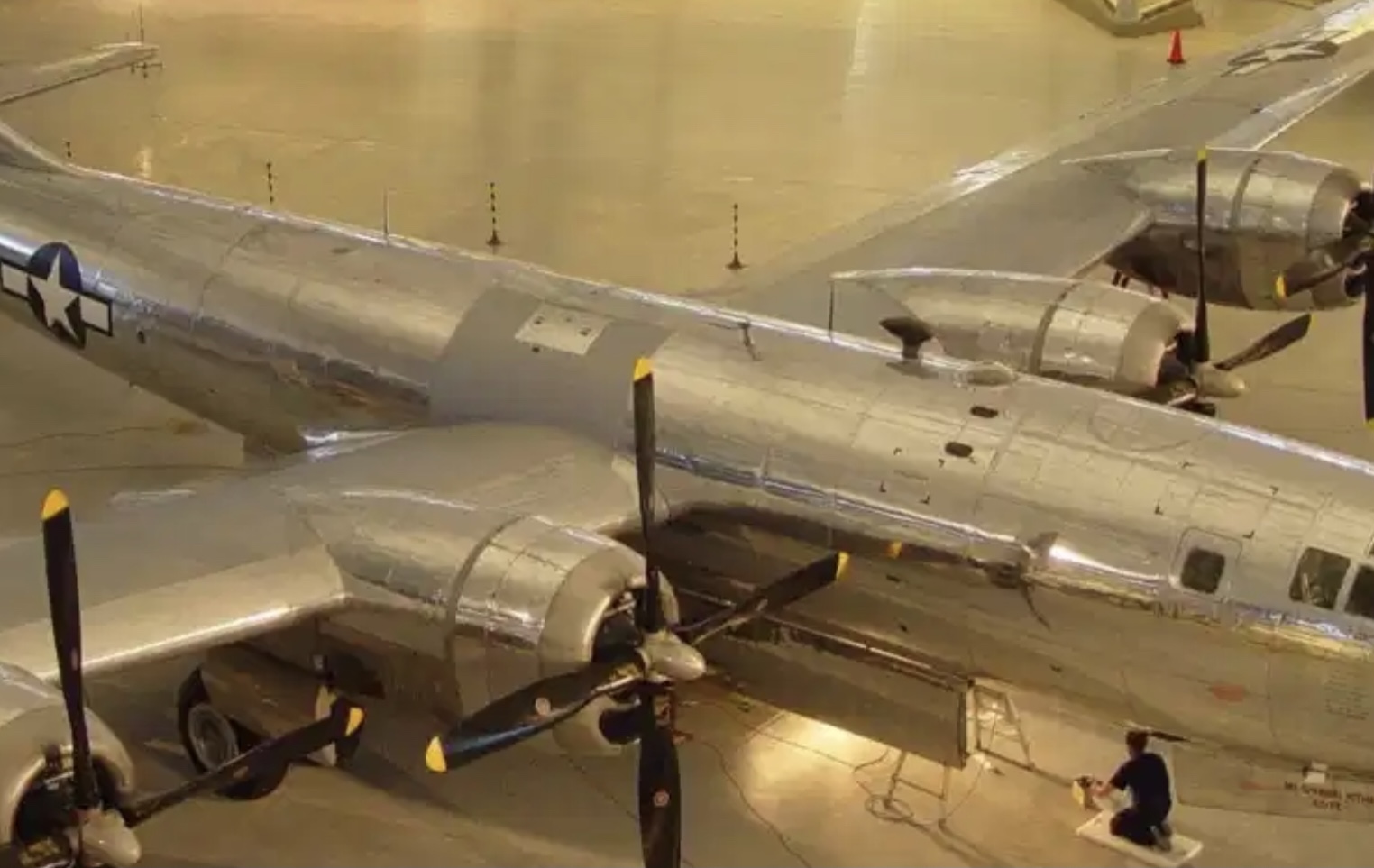 Not the answer you're looking for? Browse other questions tagged military aviation-history wwii b-29 or ask your own question.

9
How effective was WWII bombers self defense anti-air armament?
9
What are the correct procedures for military aircraft interception over international waters?
8
Was the foil in older FDRs reused when it ran out, or replaced?
18
Why would a B-29 consume more fuel at 17 kft than at 9 kft?
1
Which 2-seat 4th generation fighter/engine/configuration (de-militarized) would the best supersonic long-range civilian private transport?
8
Did Japan actually use any production aircraft with inverted gull wings during WW2?
6
Could Sudden Decompression Cause You to be Shot Out of the Tunnel on a B-29?
6
Did the jet stream really stop the B-29, or was it just bad luck?