How did Soapy get to fly Hornets?

Allegedly, in early June 1983, while flying a Sea Harrier during a NATO exercise off the coast of Portugal, Royal Navy's Sub-Lieutenant Ian "Soapy" Watson found himself in a rather unenviable predicament. Allegedly, due to malfunctioning navigation systems, Soapy was unable to return to HMS Illustrious, the Sea Harrier he was flying nearly ran out of fuel and, instead of ejecting into the Atlantic, Soapy decided to land on Spanish container ship Alraigo. 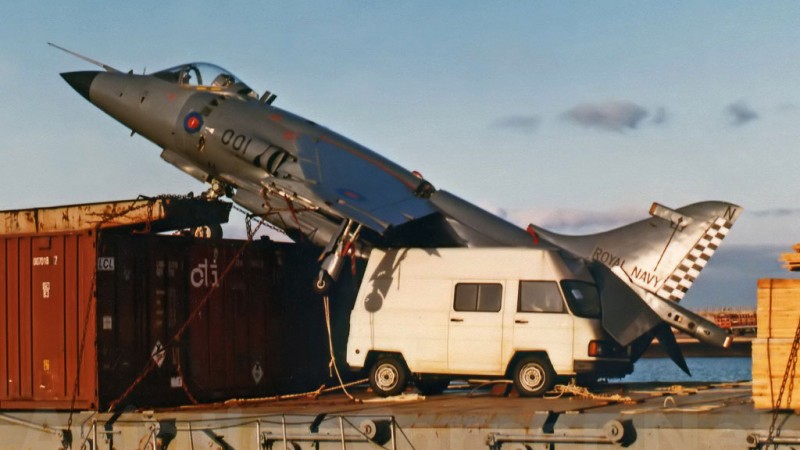 From the last paragraph of an article$^\star$ on this famous incident:

Watson eventually acquired 2,000 hours in Sea Harriers and another 900 in F/A-18s before resigning his commission in 1996.

Browse other questions tagged military aviation-history uk f-18 or ask your own question.

7
How much did Avgas cost in 1940?
6
How did jet engine aircraft perform compared to the best reciprocating engine aircraft during WW2?
3
Did Air Europe fly to Toronto from Lamezia Terme?
14
How did the US get the necessary knowledge to maintain their MiGs?
12
Did British aircraft fly at a specific speed while returning from missions during WWII?
7
How did the 747SR fly from Qatar to London?
19
How did the gyro gunsights of WW2 get the range and lead of a target?
3
How did the two F-35 planes get from Fort Worth to Williamtown?
14
How much oil did Charles Lindbergh have to bring along to fly the Atlantic?