Is thrust larger than weight in a vertical climb? 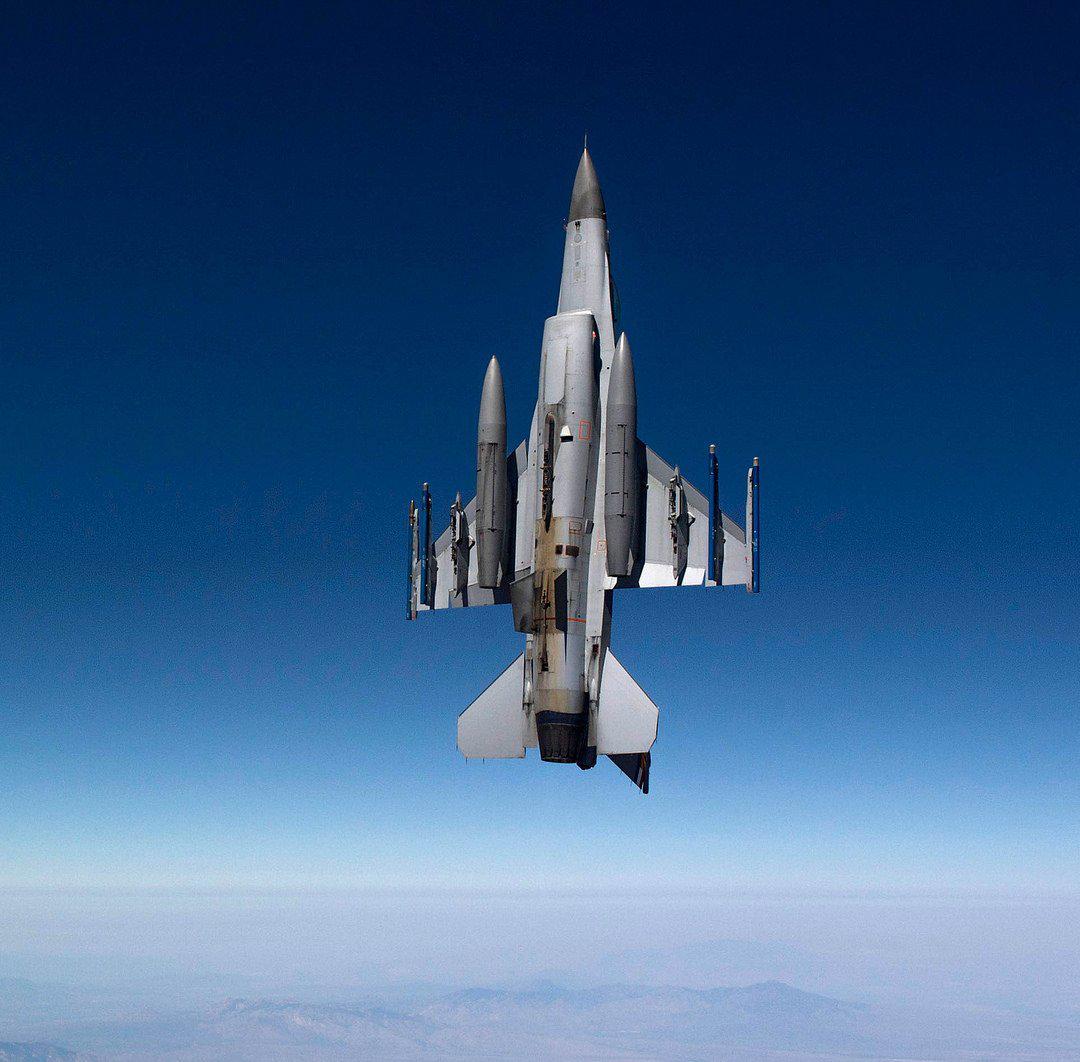 Very much related to the many questions and great answers to lift and weight in a climb - if an F-16 climbs vertically at a constant speed, is thrust greater than weight?

Yes, thrust force vector must have a force equal to (but opposite) the combined gravitational force and aerodynamic drag force (from velocity) to climb at constant speed.

In horizontal flight, thrust equals drag to fly at constant speed. But some of the drag comes from the wing creating lift. Since the larger wing moves "a lot of air a little", it is more efficient at creating vertical lift than pointing an engine skyward.

That same F-16 therefor needs less thrust to fly horizontally at the same speed. Climbing vertically, it is essentially an air breathing rocket.

So, since the wing is useless in a vertical climb, the pilot would reduce AOA to zero lift, meaning at the same velocity the vertical plane has less aerodynamic drag than the horizontal one!.

But, thrust required for lift and drag is much less in the horizontal because the wing creates vertical force far more efficiently than the engine.

One can see how this apportionment of thrust to flight requirements leads to a consideration of Drag as Cd0 (drag from velocity) and Cdi (induced drag from lift), perhaps as T0 and Ti.

23
Does lift equal weight in a climb?
5
Is the total upwards vertical force (lift included) greater than the weight in a steady climb?
2
Relationship between hover power and climbing power

52
Why do airplanes lift up their nose to climb?
32
Is excess lift or excess power needed for a climb?
4
Does lift-to-drag vary with anything beyond geometry?
23
Does lift equal weight in a climb?
4
How can an airplane keep going forward if it has no thrust?
5
How to calculate required thrust for take-off knowing gross weight and L/D?
1
Is "excess thrust" possible in a steady state vector diagram?
1
Why is there no lift component when calculating rate of climb?
5
Is the total upwards vertical force (lift included) greater than the weight in a steady climb?