Why do helicopters not flip when using cyclic pitch control to move?

Let's say a helicopter wants to move forward. To do so, cyclic pitch is applied to the blades 90 degrees off which applies a torque on the blades to tilt the craft forward. Once the helicopter is tilted there is now lift upwards and lift forward. But why doesn't the helicopter just keep tilting forward, doing flips?

My first thought was that the pilot only applies the torque until they are satisfied with the tilt angle then returns to normal control. But this can't be the case since in many videos I've seen the swash plate remains tilted throughout the entirety of the movement. I can't think of another way that the helicopter could remain at the desired forward angle and not just flip repeatedly.

Very good observation - helicopters actually do want to flip over, in the hover. While hovering, the helicopter is in an unstable equilibrium and the pilot will have to make constant cyclic inputs to prevent the heli from flipping indeed.

Your observation of constant forward cyclic deflection is when flying forward, and this reveals the stabilising factor: airspeed. 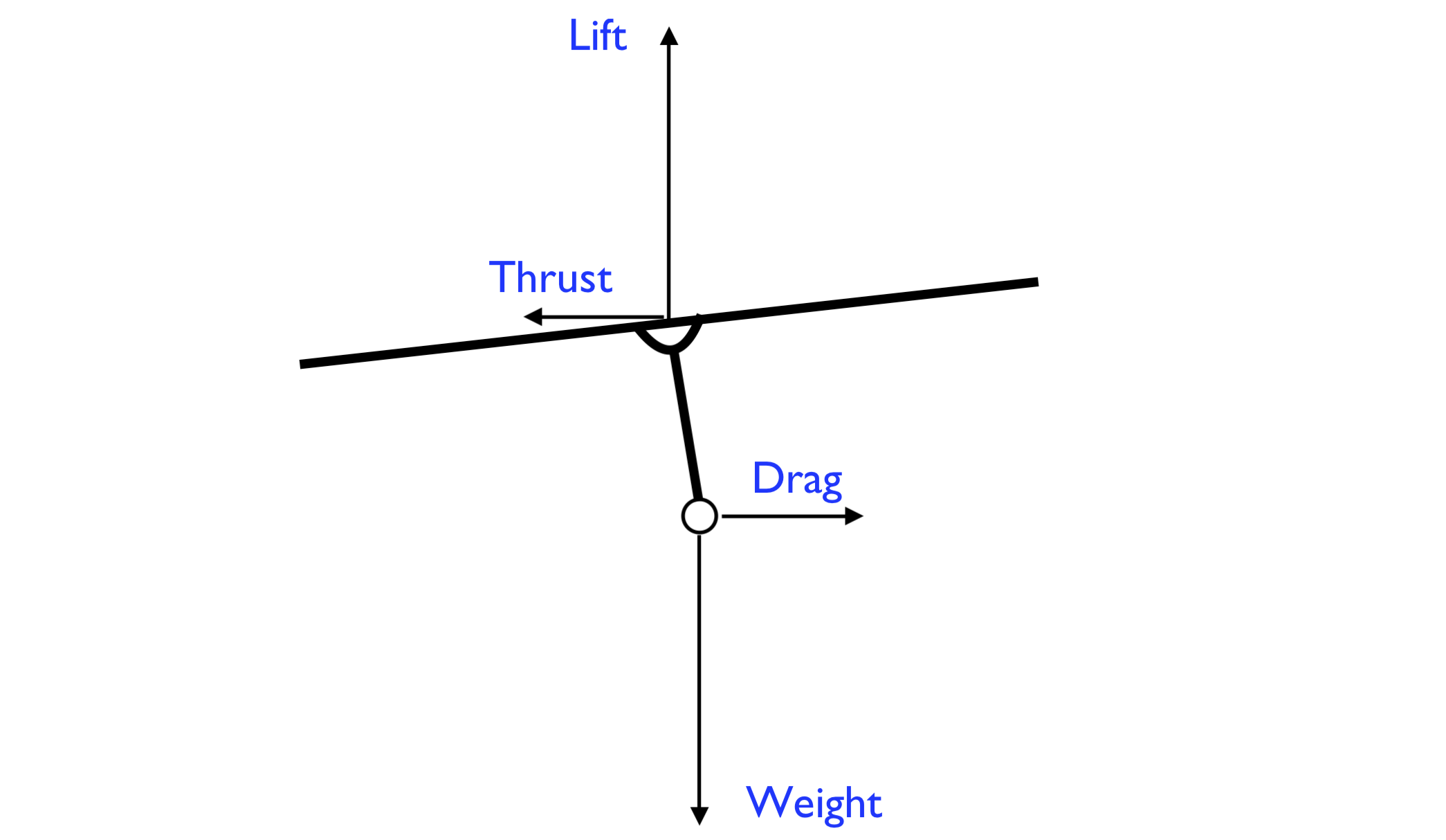 5
How does a helicopter hover?

18
In helicopters, why not have electric motors controlling blade pitch?
33
Why don't helicopters always takeoff from a hover out of ground-effect?
4
Can a contra-rotating helicopter simply tilt its entire rotor set instead of using a cyclic?
3
Why does the helicopter's nose go down when the cyclic is pressed forward (in a hover)?
36
Why do helicopters not roll over when flying forwards?
19
How does this RC helicopter keep itself upright?
2
Could this helicopter's body be a flying wing?
6
Why do some helicopters have such complicated flight control mixers?
0
Are there any helicopters with tail rotors where slip-skid ball may be centered even when fuselage is streamlined to the airflow in cruising flight?
3
How are pitching and rolling moments transferred from rotor to the body?