Why are there large gaps in the spoilers of the Airbus A300?

The spoilers on the Airbus A300 have large gaps at the bottom:

I have never seen any other aircraft with such gaps in the spoilers. Airbus also got rid of them on the A310: 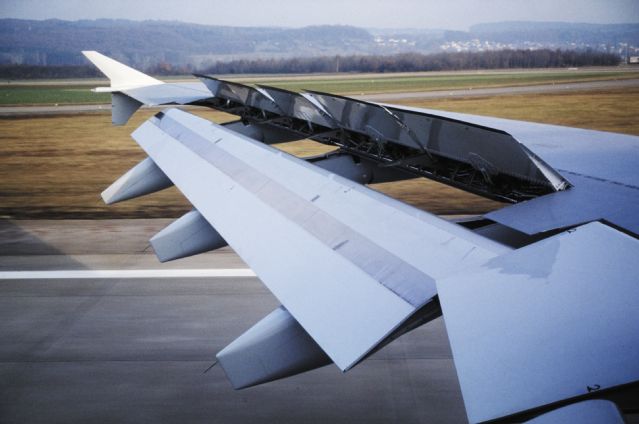 Since the point of spoilers is to disrupt airflow on the top of the wing to reduce lift, it seems counter-productive to include such gaps. So what is their purpose?

aircraft-design spoilers airbus-a300
Share
Improve this question
asked May 31 at 8:03

Literature on the A300's spoilers is lacking, so is the flight manual's description. But based on publicly available information, there is a very strong candidate for a reason.

Both of which when combined would lead to a spoiler mechanism packaging difficulty, which leads to smaller spoiler actuators. The A300's spoiler with a gap would lessen the low pressure behind the spoiler, making it easier to deploy and hold.

In fact, the inboard spoilers where the wing is thick, the spoilers are normal: 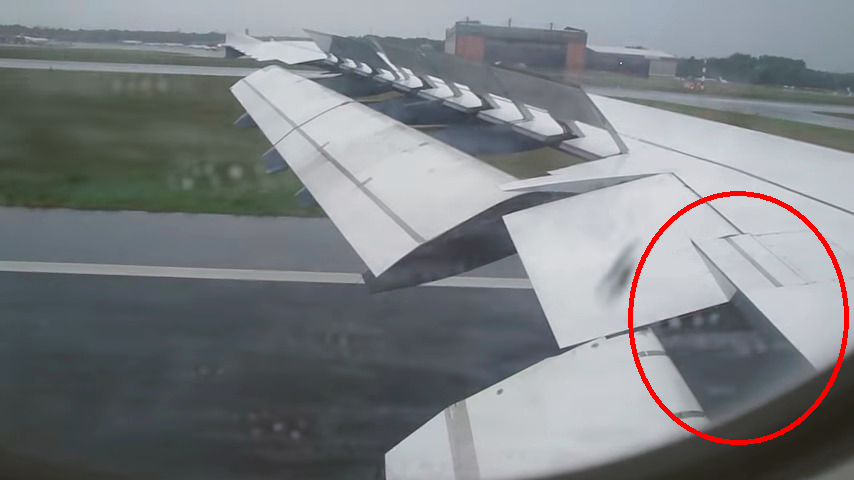 Another airliner with such a gap is the Caravelle VI-R. The gap is referred to as a breather slot:

[Spoilers] require holding open as the airflow tends to blow them closed. Some [spoilers] feature breather slots, e.g. the ones of the Airbus A300 and Sud Aviation Caravelle.[3]

Not the answer you're looking for? Browse other questions tagged aircraft-design spoilers airbus-a300 or ask your own question.

27
Was the Airbus A300/A310 ever supplied with a yoke and not a sidestick?
7
Why do spoilers seem to be slightly activated during take off?
1
Why were early AFRP A300/A310 rudders prone to delaminating?
18
Why can't wing-mounted spoilers be used to steepen approaches?
10
Why are the spoilers used as the backup controls instead of ailerons on the Boeing 777?
3
Why are the A300/310’s electric pitch trim switches inhibited with the autopilot engaged?
1
Are the Sudan Airways A300-600 (ST-ATA & ST-ATB) stored in Khartoum?