Does an IFR flight-plan include the approach?

I tried to create an IFR flight plan (at simbrief.com) and there is something I don't get:
Are we supposed to know the runway/approach at the destination airport before taking-off, and add it to the plan?

Suppose I want to land at LFPG, the end of the route looks like this: 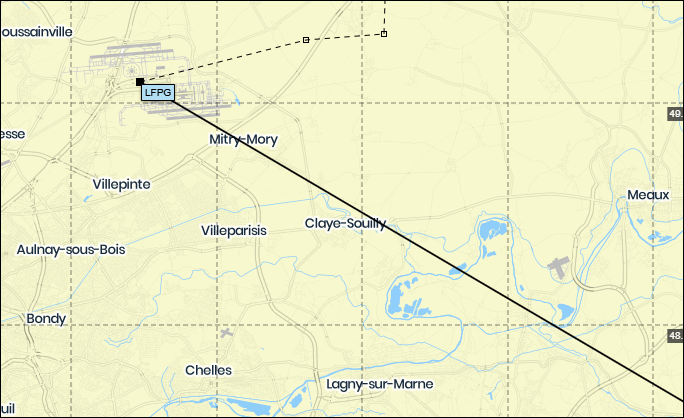 As you can see, the route is not matching any runway... The pilot is expected to divert from the planned route for the approach, if so, when? It seems that you can't use ILS in these conditions, so what happens with the FMC if you feed it with this flight plan? You should disconnect and divert manually for the approach, and when?

US-based answer. No, the specific instrument approach is not part of the flight plan and is not included in the initial IFR clearance.

The flight plan is just that, a plan. It can change in flight, due to weather, immediate traffic, traffic congestion (enroute or at the destination), or pilot's request. If an airport has a Standard Terminal Arrival Route (STAR) it is common to receive a clearance including that STAR, but because many if not most STARs are specific to an arrival direction and/or a landing direction it is not uncommon for the filed/issued STAR to be changed before the flight arrives.

It used to be the case (and I believe is still suggested in the AIM) that a pilot should file a flight plan that terminates at an Initial Approach Fix for a specific approach to the destination airport. This is important for lost-comm procedures; the pilot would hold over the IAF until reaching their estimated arrival time, and then proceed to fly an approach. This technique was probably easier when a single navaid at the field could be the IAF for multiple approaches; today, with ILS and especially RNAV approaches being far more common than VOR or NDB approaches, filing this way is exceedingly uncommon. Instead, a pilot files and is cleared either via a STAR (which might terminate at the IAF for a specific approach, or with radar vectors to an approach) or direct to the destination airport (in which case they must receive vectors to an approach).

In terms of actually flying the plane, yes, the pilots would "deviate" from the filed flight plan when ATC issues other instructions, such as a clearance direct to an RNAV IAF, or vectors to the final approach course of an ILS. When that happens the pilot may elect to fly the plane manually, or may modify the route in the FMS to fly directly to the specified IAF, or may set the autopilot to heading mode so as to fly the specified vector.

There is no reason to assume an ILS approach (or any other type of approach) is impossible, simply because it is not on the originally filed flight plan route.

What you’re missing is that DJL8W is a Standard Terminal Arrival Procedure (STAR) to the Paris area. Here is an (out of date) chart: 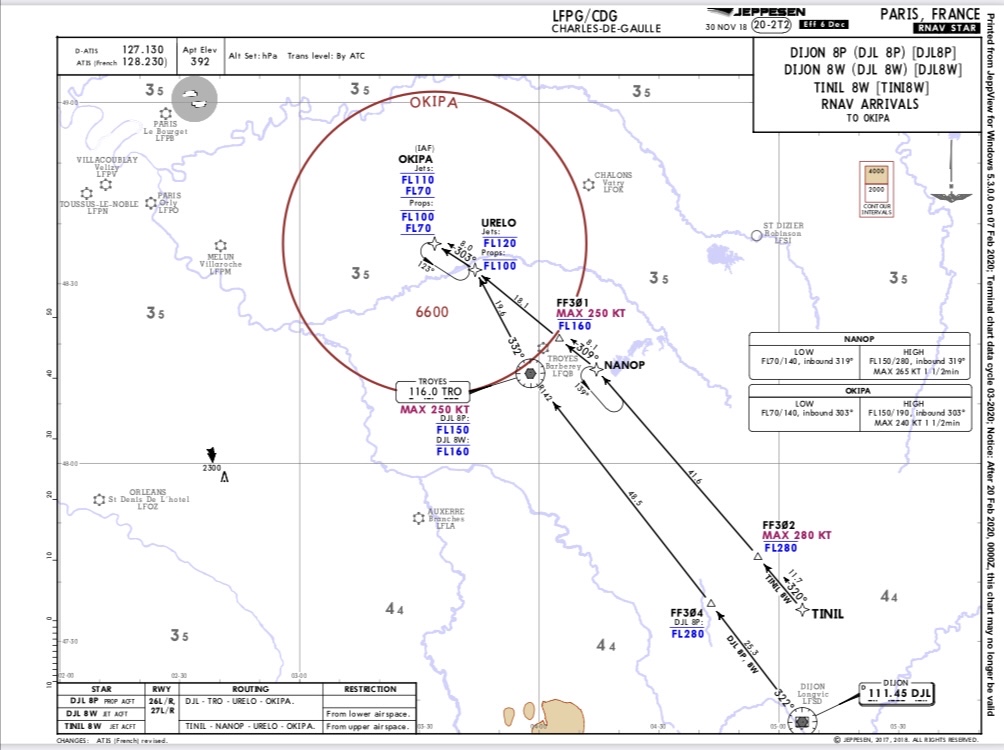 This procedure takes you from DJL to OKIPA, which is an Initial Approach Fix (IAF) for all of the Instrument Approach Procedures (IAP) into LFPG. For instance, here is an (out of date) chart for the RNAV 27R: 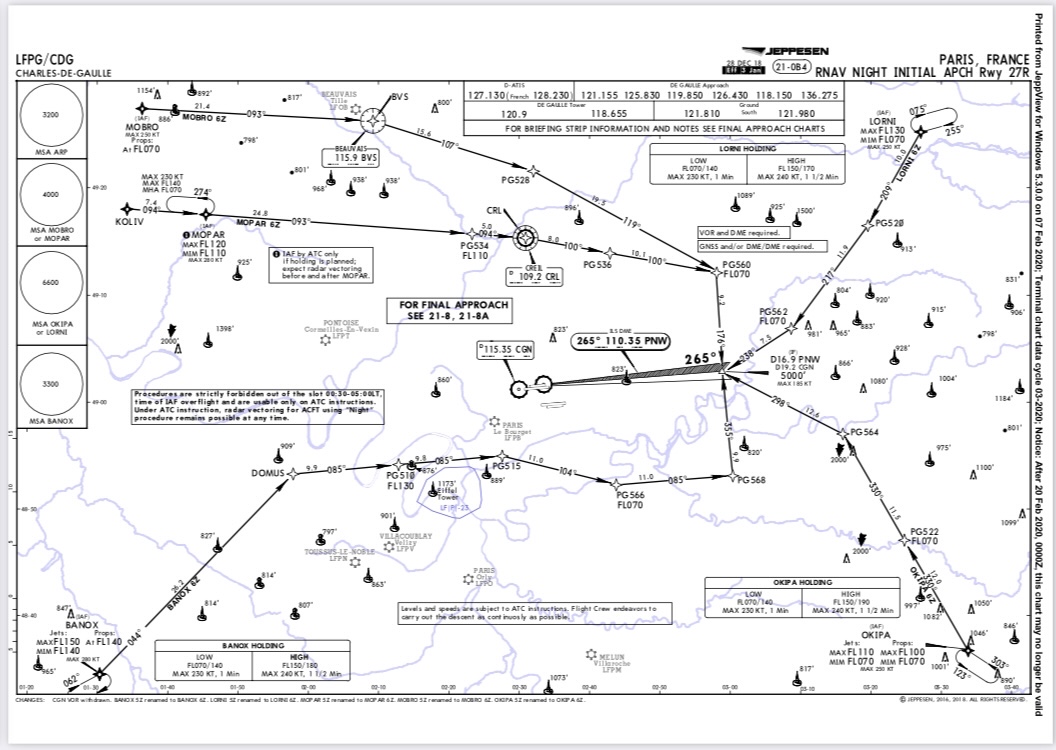 In the real world, you won’t know which approach to select at the time you build your flight plan since that will vary with traffic and weather, so you just file up to the STAR and then wait for ATC to tell you what approach you’ll be using when you get there.

25
Are there diversion points for southern Pacific great circle route flights?
15
How should I request an IFR approach at the end of a VFR flight?
8
What is the reason for not providing glide slope guidance on the western approach to Innsbruck?
24
May a non-instrument pilot legally file IFR as long as he amends and doesn’t accept an instrument clearance?
10
How to start an approach in IMC loss of communication under IFR?
9
Does an amended shortcut clearance change the clearance limit?
5
How does FlightAware correlate flights to Part 91 flight plan data?
7
Is it okay to divert to another airport in IFR lost comms situations?
3
Is it a violation to list an alternate airport based on an approach your aircraft is not equipped to execute?
2
Does EASA allow using a portable GPS for RNAV capability?