What are the benefits of mounting an engine above the fuselage?

I'm wondering what advantage/disadvantage, if any, does mounting an engine above the fuselage give? This question comes up after seeing the Macchi M.33 below: 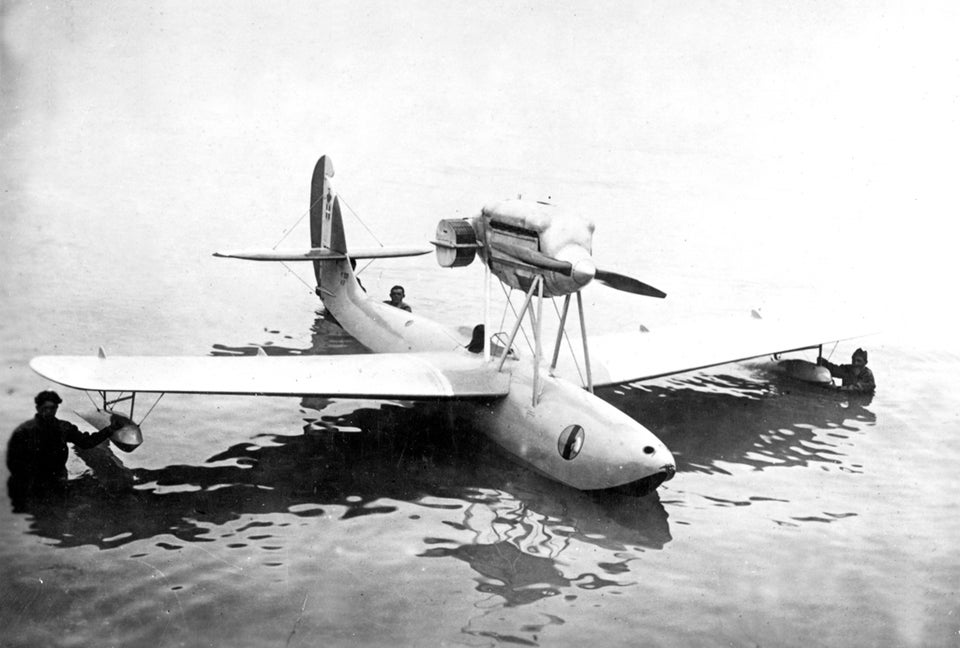 The engine mounted in such a way does look interesting, but I'm wondering if it might make the plane want to dip down slightly. Any help would be appreciated.

engine airplane
Share
Improve this question
asked May 28 at 16:17

It's strictly to stay clear of spray in seaplanes, or because the engine was tacked on as an afterthought for some reason (like a motorglider conversion) and that was the only place to put it.

There aren't any aerodynamic benefits, or you would see the configuration on landplanes.

You've increased the frontal area by having a big pod sticking out. The high thrust line wants to pitch the airplane over, increasing tail trimming forces required to compensate, and hence drag. There there are the undesirable handling qualities, mainly a strong pitch down tendency when you add power quickly, and worse, a pitch up tendency when you remove power quickly, which can get the unawares into quite a lot of trouble.

So to summarize, sticking an engine there is only done when there's nowhere else to put it.

Many light-sport airplanes and ultralight airplanes have a high-wing configuration with a high-mounted pusher engine behind the pilot. Here the engine is above most or all of what one would normally define as the "fuselage", including the tail boom. One advantage of this configuration is that it gives the pilot a more unobstructed view in the forward direction.

The main purpose is, of course, avoid that the propeller hits the water (or ground).

In the other hand the thrust is applied above the CG point of the aircraft. This introduce a considerable moment arm that, translated in manovrability, means an unwished tendence of the plane to dive when the power is suddenly increased.

So we add a little pitch angle up on the engine pod. Because the prop is forward of the CG, this helps counter-act the nose down torque of the high mount when thrust is applied.

The advantage is to counter-act the tendency of a plane to climb when thrust is applied. Many aircraft have down thrust angle even when the motor is mounted in front of the fuselage near the center of gravity, rather than above it.

In design, this plane is essentially a low wing PBY Catalina. Amazingly, it was bested in the 1925 Schneider Cup races by two biplanes: the Gloster IIIA and the Curtiss RC3-2 (flown by none other than Jimmy Dolittle). It could not be raced at full throttle due to wing flutter issues.

No need for the usual floats.

Floats obviously add both weight and drag so it is beneficial to fly without them. With the fuselage sailing like a ship, they are not required. There are some under the wings but tiny. They do not support the full weight of the aircraft.

But floats also keep the aircraft in expected orientation, raised above the water, same as it would be raised above the ground. Without them, the traditional place for the engine is just too low.

Not the answer you're looking for? Browse other questions tagged engine airplane or ask your own question.

11
What are the requirements of ferrying a spare engine?
24
What are the differences between a helicopter engine (turboshaft) and an aircraft engine (turboprop)?
1
What are the specifications of the General Electric J85 engine compressor?
0
On a axial flow turbo fan or turbo jet engine what comes first the rotor or the stator?
4
Can you fly 2000 miles on an engine that costs less than $500k? If so, what type of engine?